Using the method that was developed in the first paper of this series, we measured the vertical gravitational potential of the Galactic disk from the time-varying structure of the phase-space spiral, using data from Gaia as well as supplementary radial velocity information from legacy spectroscopic surveys. For eleven independent data samples, we inferred gravitational potentials that were in good agreement, despite the data samples' varied and substantial selection effects. Using a model for the baryonic matter densities, we inferred a local halo dark matter density of 0.0085 ± 0.0039 M⊙ pc−3 = 0.32 ± 0.15 GeV cm−3. We were also able to place the most stringent constraint on the surface density of a thin dark disk with a scale height ≤50 pc, corresponding to an upper 95% confidence limit of roughly 5 M⊙ pc−2 (compared to the previous limit of roughly 10 M⊙ pc−2, given the same scale height). For the inferred halo dark matter density and thin dark disk surface density, the statistical uncertainties are dominated by the baryonic model, which potentially could also suffer from a significant systematic error. With this level of precision, our method is highly competitive with traditional methods that rely on the assumption of a steady state. In a general sense, this illustrates that time-varying dynamical structures are not solely obstacles to dynamical mass measurements, but they can also be regarded as assets containing useful information. 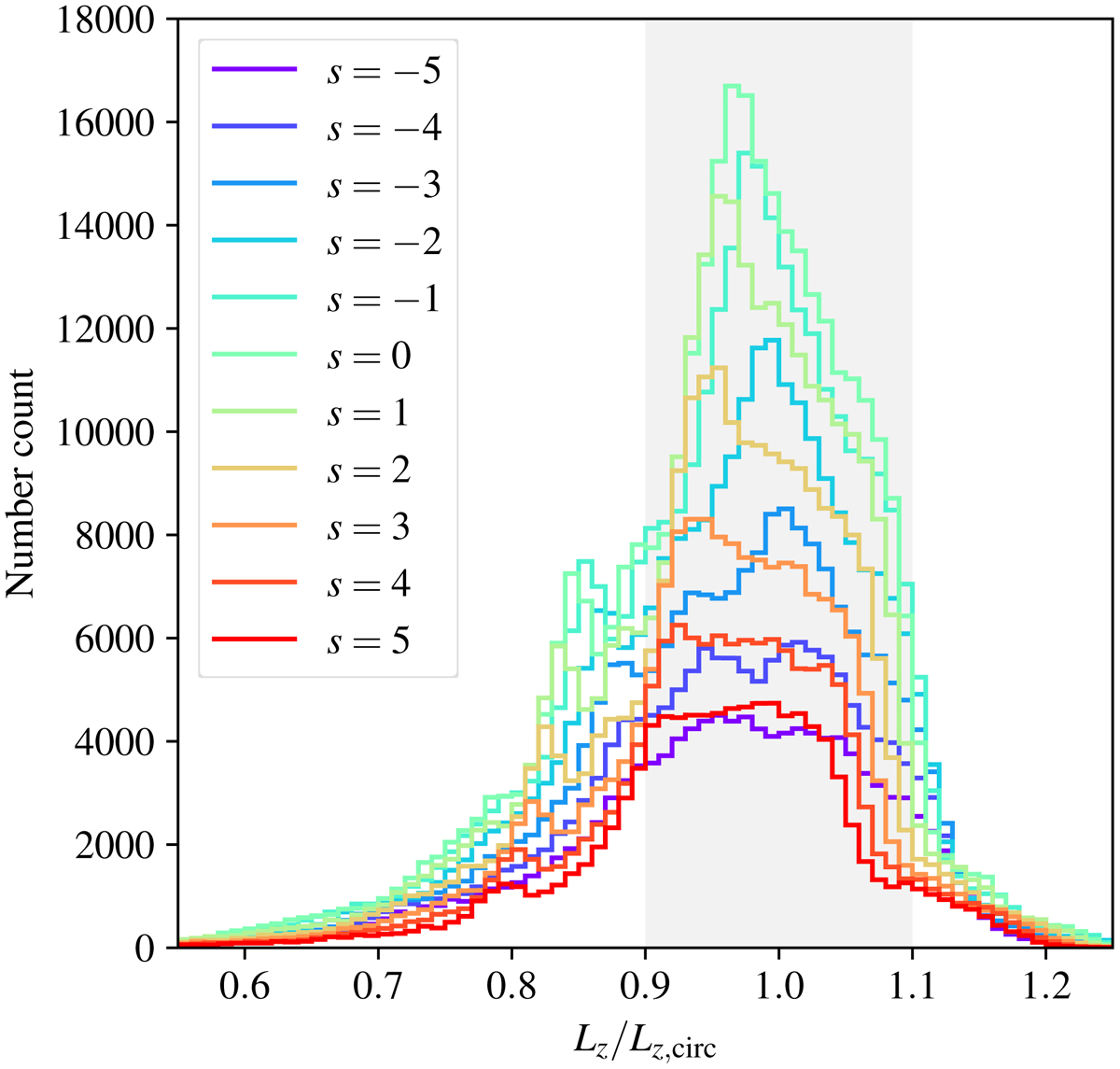