Bird's eye view of molecular clouds in the Milky Way. I. Column density and star formation from sub-parsec to kiloparsec scales

Context. Describing how the properties of the interstellar medium are combined across various size scales is crucial for understanding star formation scaling laws and connecting Galactic and extragalactic data of molecular clouds.
Aims: We describe how the statistical structure of the clouds and its connection to star formation changes from sub-parsec to kiloparsec scales in a complete region within the Milky Way disk.
Methods: We built a census of molecular clouds within 2 kpc from the Sun using data from the literature. We examined the dust-based column density probability distributions (N-PDFs) of the clouds and their relation to star formation as traced by young stellar objects (YSOs). We then examined our survey region from the outside, within apertures of varying sizes, and describe how the N-PDFs and their relation to star formation changes with the size scale.
Results: We present a census of the molecular clouds within 2 kpc distance, including 72 clouds and YSO counts for 44 of them. The N-PDFs of the clouds are not well described by any single simple model; use of any single model may bias the interpretation of the N-PDFs. The top-heaviness of the N-PDFs correlates with star formation activity, and the correlation changes with Galactic environment (spiral- and inter-arm regions). We find that the density contrast of clouds may be more intimately linked to star formation than the dense gas mass fraction. The aperture-averaged N-PDFs vary with the size scale and are more top-heavy for larger apertures. The top-heaviness of the aperture N-PDFs correlates with star formation activity up to roughly 0.5 kpc, depending on the environment. Our results suggest that the relations between cloud structure and star formation are environment specific and best captured by relative quantities (e.g. the density contrast). Finally, we show that the density structures of individual clouds give rise to a kiloparsec-scale Kennicutt-Schmidt relation as a combination of sampling effects and blending of different galactic environments. 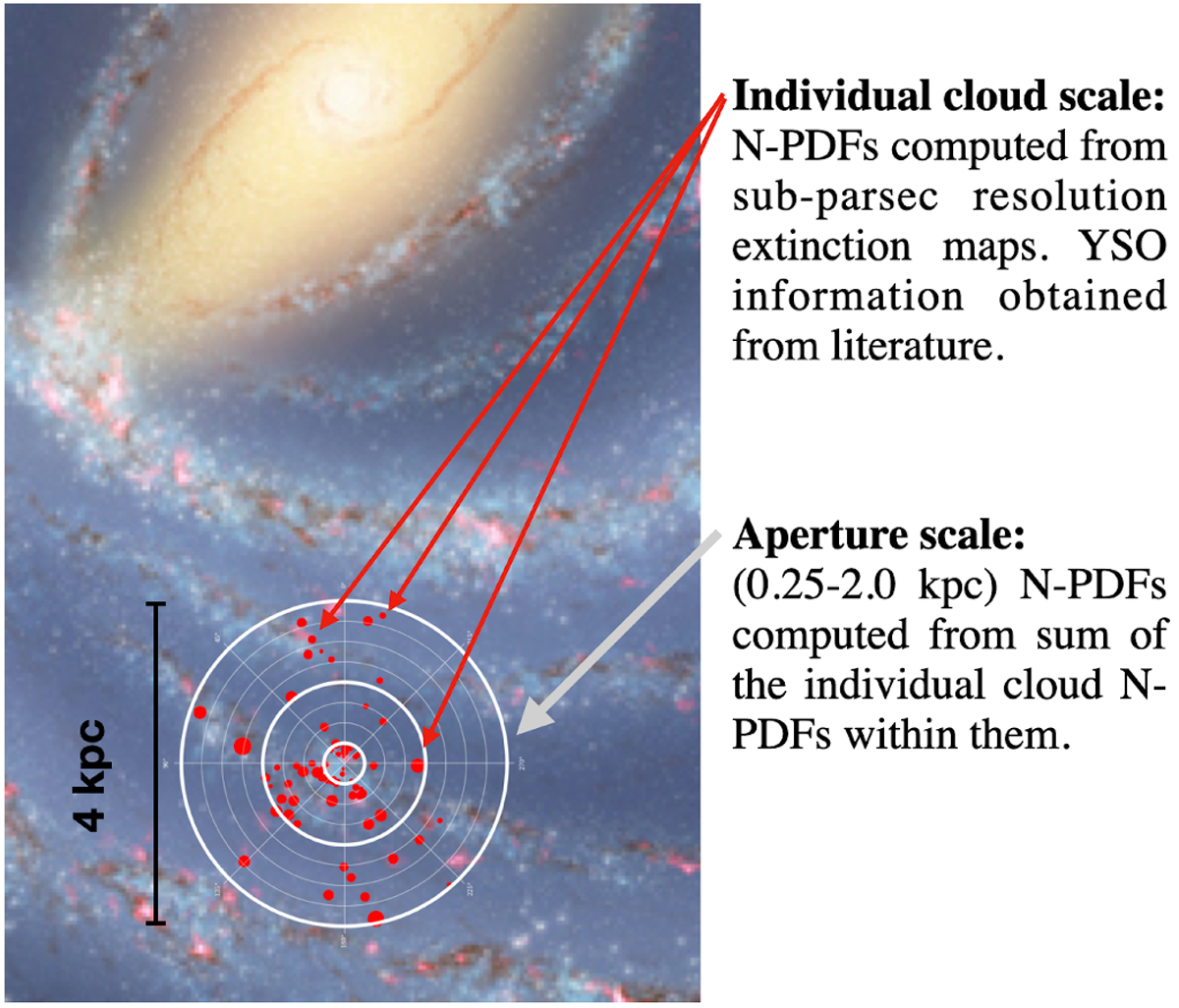