Aims: The long-period sdOB+G1V type spectroscopic binary SB 744 reveals strong lines of fluorine and lead in the optical spectrum of the sdOB star and subsolar metallicity in the G1V companion thanks to a radial velocity follow-up study. Using high-quality observations and Gaia astrometric data, we aim to measure the chemical composition and Galactic kinematics of the system to put it into context with known populations of hot subdwarfs. Such binary systems have great potential to provide insights into the late stages of binary evolution as well as into the mysterious formation of stripped-core helium-burning stars.
Methods: We analyzed the optical spectra with homogeneous atmospheric models to derive the surface parameters of the binary members from a direct wavelength space decomposition. Then, we independently measured the atmospheric properties of the cool companion. The two independent methods achieved consistent results, which were amended with constraints from spectral energy distributions to provide a subdwarf mass. In addition, Gaia astrometry allowed us to derive the Galactic kinematics of the system.
Results: SB 744 turned out to be an old, Population II system that has gone through dramatic events. The hot subdwarf star belongs to the heavy-metal subclass of sdOB stars and we report super-solar abundances of lead, based on Pb III/IV lines. The He abundance of the hot subdwarf is the lowest among the known heavy-metal sdOB stars. The presence of fluorine implies that SB 744 was once a hierarchical triple system and the inner binary has merged in the near past. As an alternative scenario, single-star evolution through late core helium flash and atmospheric mixing can also produce the observed fluorine abundances. The atmospheric metal overabundances that are currently observed may perhaps be the result of a combination of mixing processes during formation and radiative support. 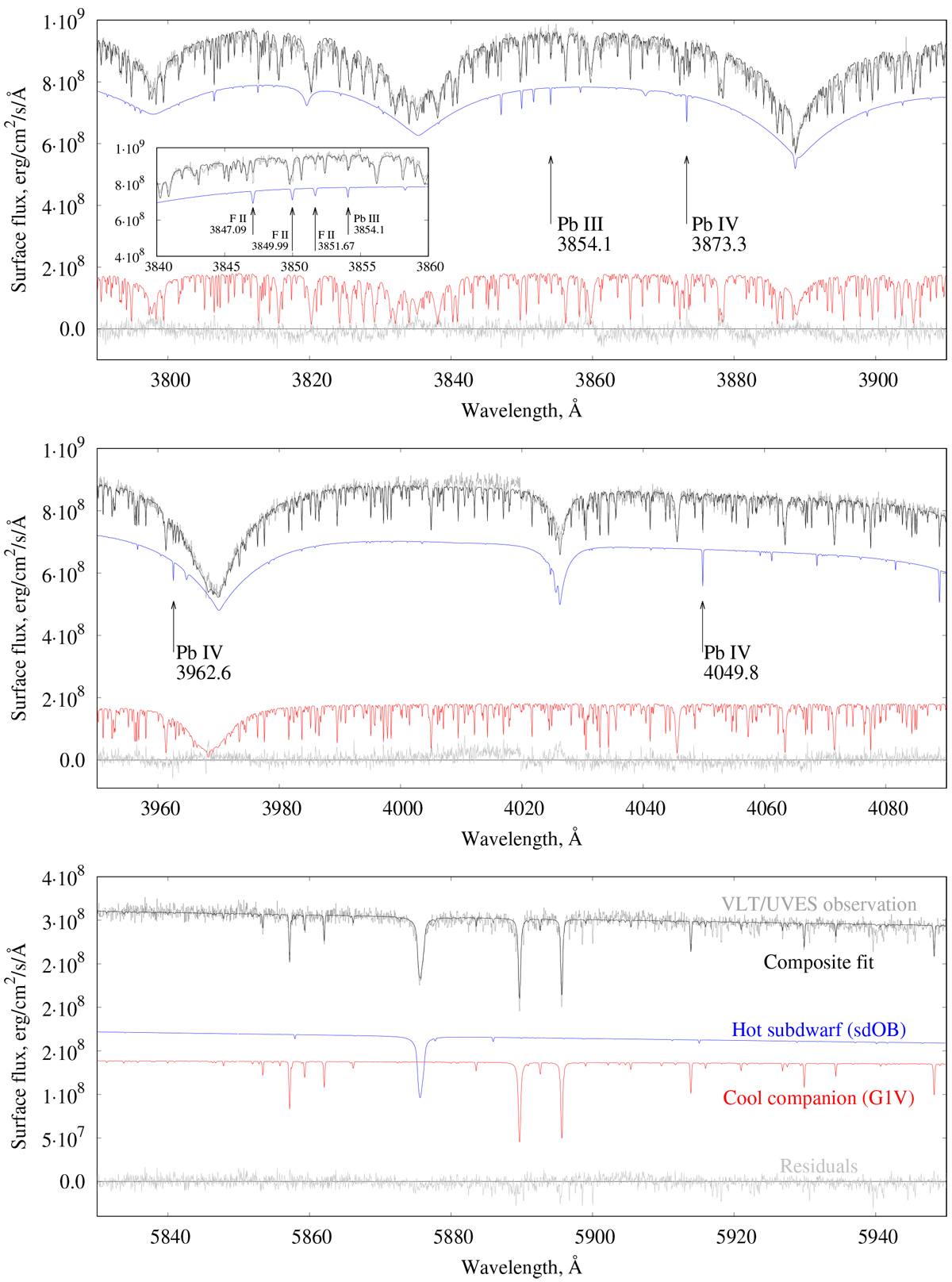