Context. Extragalactic planetary nebulae (PNe) are useful distance indicators and are often used to trace the dark-matter content in external galaxies. At the same time, PNe can also be used as probes of their host galaxy stellar populations and to help understand the later stages of stellar evolution. Previous works have indicated that a specific number of PNe per stellar luminosity can vary across different galaxies and as a function of stellar-population properties, for instance increasing with decreasing stellar metallicity.
Aims: In this study we further explore the importance of stellar metallicity in driving the properties of the PNe population in early-type galaxies, using three edge-on galaxies in the Fornax cluster offering a clear view into their predominantly metal-rich and metal-poor regions near the equatorial plane or both below and above it, respectively.
Methods: Using very large telescope-multi unit spectroscopic explorer (VLT-MUSE) integral-field observations and dedicated PNe detection procedures, we constructed the PNe luminosity function and computed the luminosity-specific number of PNe α in both in- and off-plane regions of our edge-on systems.
Results: Comparing these α values with metallicity measurements also based on the same MUSE data, we find no evidence for an increase in the specific abundance of PNe when transitioning between metal-rich and metal-poor regions.
Conclusions: Our analysis highlights the importance of ensuring spatial consistency to avoid misleading results when investigating the link between PNe and their parent stellar populations, and suggest that in passively evolving systems variations in the specific number of PNe may pertain to rather extreme metallicity regimes found either in the innermost or outermost regions of galaxies. 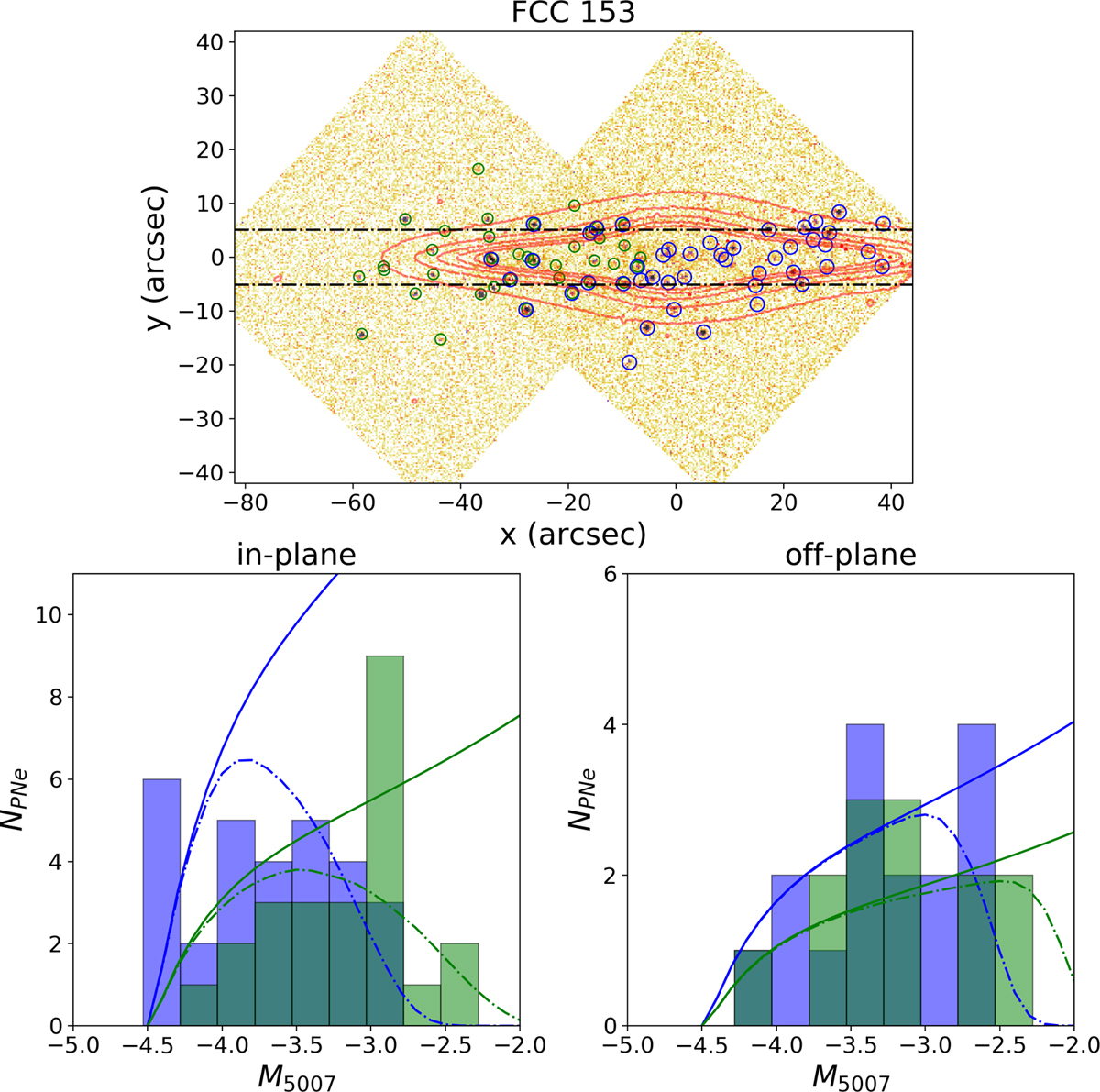