Dynamical analysis of clusters of galaxies from cosmological simulations

Context. Studies of cluster mass and velocity anisotropy profiles are useful tests of dark matter models and of the assembly history of clusters of galaxies. These studies might be affected by unknown systematics caused by projection effects.
Aims: We aim to test observational methods for the determination of mass and velocity anisotropy profiles of clusters of galaxies. Particularly, we focus on the MAMPOSSt technique
Methods: We used results from two semi-analytic models of galaxy formation, coupled with high-resolution N-body cosmological simulations, the DLB07 catalog, and the FIRE catalog based on the new GAlaxy Evolution and Assembly model. We tested the reliability of the Jeans equation in recovering the true mass profile when full projected phase-space information is available. We examined the reliability of the MAMPOSSt method in estimating the true mass and velocity anisotropy profiles of the simulated halos when only projected phase-space information is available, as in observations.
Results: The spherical Jeans equation provides a reliable tool to determine cluster mass profiles, both when considering the whole population of cluster galaxies, and when considering subsamples of tracers separated by galaxy color; the exception to this is for the central region, where deviations may be attributed to dynamical friction effects or galaxy mergers. The results are equally good for prolate and oblate clusters. Using only projected phase-space information, MAMPOSSt provides estimates of the mass profile with a standard deviation of 35-69% and a negative bias of 7-17%, nearly independent of radius, which we attribute to the presence of interlopers in the projected samples. The bias changes sign; that is, the mass is over-estimated, for prolate clusters with their major axis aligned along the line of sight. The MAMPOSSt method measures the velocity anisotropy profiles accurately in the inner cluster regions and there is a slight overestimate in the outer regions for the whole sample of observationally identified cluster members, and, separately, for red and blue galaxies. 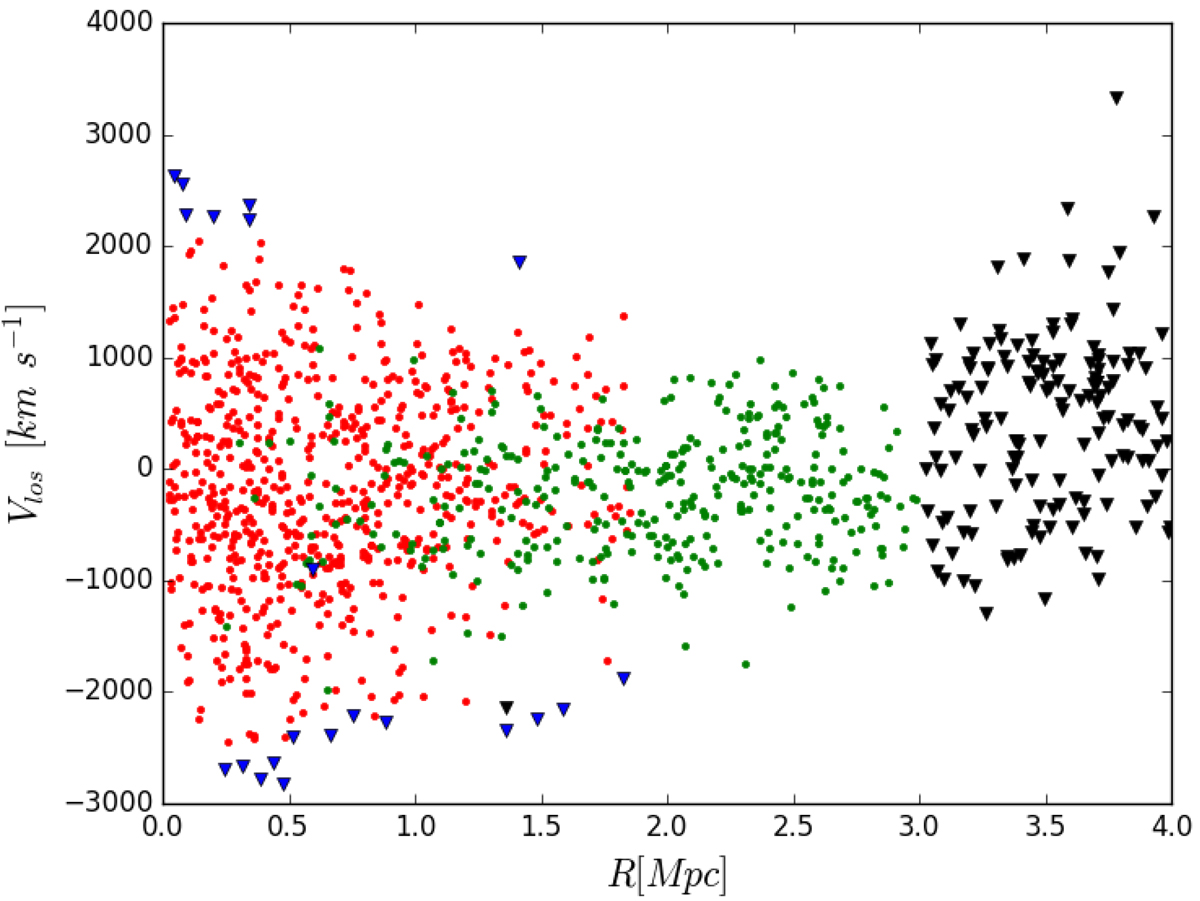