Jupiter's "cold" formation in the protosolar disk shadow. An explanation for the planet's uniformly enriched atmosphere

Context. Atmospheric compositions offer valuable clues to planetary formation and evolution. Jupiter has been the most well-studied giant planet in terms of its atmosphere; however, the origin of the Jovian atmospheric composition remains a puzzle as the abundances of nitrogen and noble gases as high as those of other elements could only originate from extremely cold environments.
Aims: We propose a novel idea for explaining the Jovian atmospheric composition: dust pileup at the H2O snow line casts a shadow and cools the Jupiter orbit so that N2 and noble gases can freeze. Planetesimals or a core formed in the shadowed region can enrich nitrogen and noble gases as much as other elements through their dissolution in the envelope.
Methods: We compute the temperature structure of a shadowed protosolar disk with radiative transfer calculations. Then, we investigate the radial volatile distributions and predict the atmospheric composition of Jupiter with condensation calculations.
Results: We find that the vicinity of the current Jupiter orbit, approximately 3 − 7 AU, could be as cold as ≲30 K if the small-dust surface density varies by a factor of ≳30 across the H2O snow line. According to previous grain growth simulations, this condition could be achieved by weak disk turbulence if silicate grains are more fragile than icy grains. The shadow can cause the condensation of most volatile substances, namely N2 and Ar. We demonstrate that the dissolution of shadowed solids can explain the elemental abundance patterns of the Jovian atmosphere even if proto-Jupiter was formed near Jupiter's current orbit.
Conclusions: The disk shadow may play a vital role in controlling atmospheric compositions. The effect of the shadow also impacts the interpretation of upcoming observations of exoplanetary atmospheres by JWST. 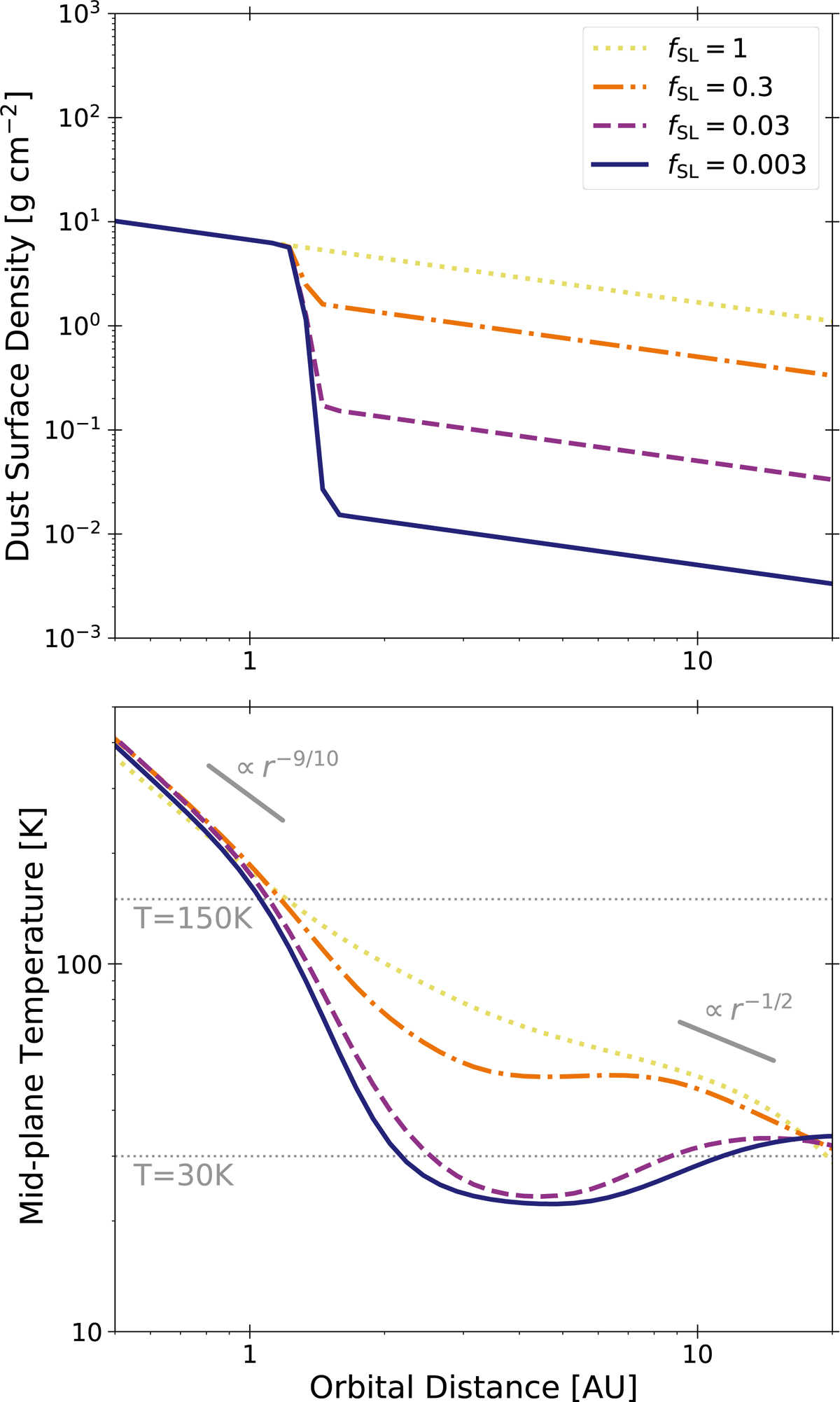