We recently found the globular cluster (GC) EXT8 in M 31 to have an extremely low metallicity of [Fe/H] = −2.91 ± 0.04 using high-resolution spectroscopy. Here we present a colour-magnitude diagram (CMD) for EXT8, obtained with the Wide Field Camera 3 on board the Hubble Space Telescope. Compared with the CMDs of metal-poor Galactic GCs, we find that the upper red giant branch (RGB) of EXT8 is ∼0.03 mag bluer in MF606W − MF814W and slightly steeper, as expected from the low spectroscopic metallicity. The observed colour spread on the upper RGB is consistent with being caused entirely by the measurement uncertainties, and we place an upper limit of σF606W − F814W ≈ 0.015 mag on any intrinsic colour spread. The corresponding metallicity spread can be up to σ[Fe/H] ∼ 0.2 dex or > 0.7 dex, depending on the isochrone library adopted. The horizontal branch is located mostly on the blue side of the instability strip and has a tail extending to at least MF606W = +3, as in the Galactic GC M 15. We identify two candidate RR Lyrae variables and several ultraviolet-luminous post-horizontal-branch and/or post-asymptotic-giant-branch star candidates, including one very bright (MF300X ≈ −3.2) source near the centre of EXT8. The surface brightness of EXT8 out to a radius of 25″ is well fitted by a Wilson-type profile with an ellipticity of ϵ = 0.20, a semi-major axis core radius of 0.″25, and a central surface brightness of μF606W, 0 = 15.2 mag arcsec−2, with no evidence of extra-tidal structure. Overall, EXT8 has properties consistent with it being a `normal', but very metal-poor, GC, and its combination of relatively high mass and very low metallicity thus remains challenging to explain in the context of GC formation theories operating within the hierarchical galaxy assembly paradigm.

Full Tables A.1 and A.2 are only available at the CDS via anonymous ftp to cdsarc.u-strasbg.fr (ftp://130.79.128.5) or via http://cdsarc.u-strasbg.fr/viz-bin/cat/J/A+A/651/A102 Based on observations made with the NASA/ESA Hubble Space Telescope, obtained at the Space Telescope Science Institute, which is operated by the Association of Universities for Research in Astronomy, Inc., under NASA contract NAS5-26555. These observations are associated with programme #16459. 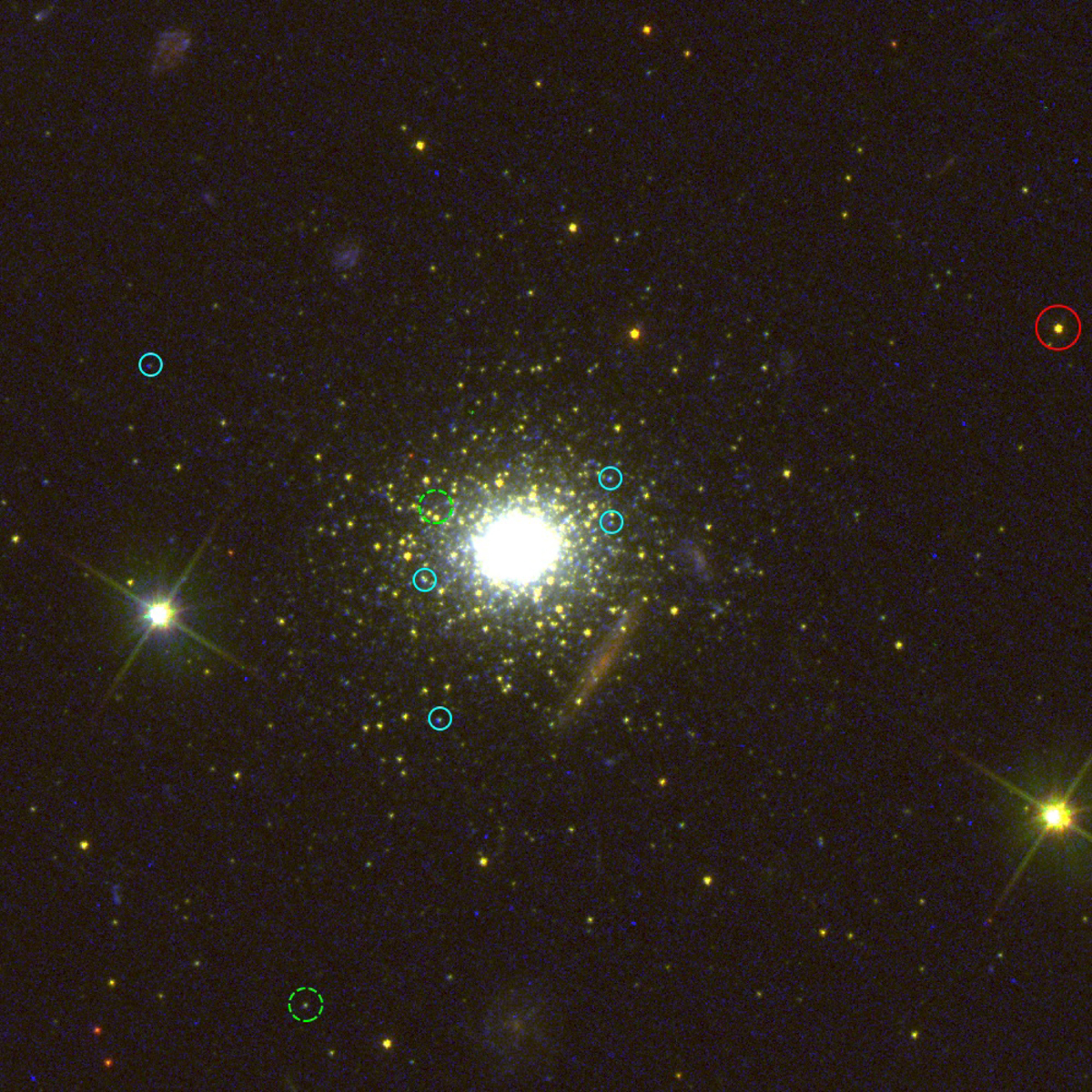