The past decade has seen increasing efforts in detecting and characterising exoplanets using high-contrast imaging in the near- and mid-infrared, which is the optimal wavelength domain for studying old, cold planets. In this work, we present deep adaptive optics imaging observations of the nearby Sun-like star ɛ Ind A with the NaCo (L') and NEAR (10-12.5 microns) instruments at VLT in an attempt to directly detect its planetary companion, whose presence has been indicated from radial velocity (RV) and astrometric trends. We derive brightness limits from the non-detection of the companion with both instruments and interpret the corresponding sensitivity in mass based on both cloudy and cloud-free atmospheric and evolutionary models. For an assumed age of 5 Gyr for the system, we get detectable mass limits as low as 4.4 MJ in NaCo L' and 8.2 MJ in NEAR bands at 1.5'' from the central star. If the age assumed is 1 Gyr, we reach even lower mass limits of 1.7 MJ in NaCo L' and 3.5 MJ in NEAR bands at the same separation. However, based on the dynamical mass estimate (3.25 MJ) and ephemerides from astrometry and RV, we find that the non-detection of the planet in these observations puts a constraint of 2 Gyr on the lower age limit of the system. NaCo offers the highest sensitivity to the planetary companion in these observations, but the combination with the NEAR wavelength range adds a considerable degree of robustness against uncertainties in the atmospheric models. This underlines the benefits of including a broad set of wavelengths for the detection and characterisation of exoplanets in direct imaging studies. 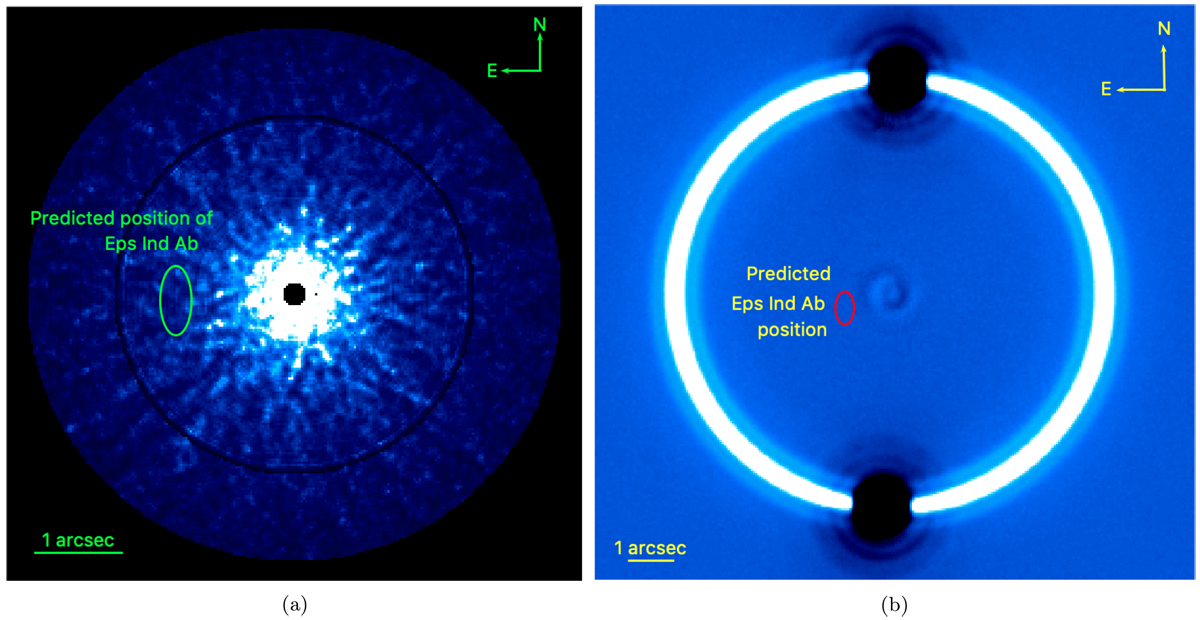