Revisiting the tension between fast bars and the ΛCDM paradigm

The pattern speed with which galactic bars rotate is intimately linked to the amount of dark matter in the inner regions of their host galaxies. In particular, dark matter haloes act to slow down bars via torques exerted through dynamical friction. Observational studies of barred galaxies tend to find that bars rotate fast, while hydrodynamical cosmological simulations of galaxy formation and evolution in the Lambda cold dark matter (ΛCDM) framework have previously found that bars slow down excessively. This has led to a growing tension between fast bars and the ΛCDM cosmological paradigm. In this study we revisit this issue, using the Auriga suite of high-resolution, magneto-hydrodynamical cosmological zoom-in simulations of galaxy formation and evolution in the ΛCDM framework, finding that bars remain fast down to z = 0. In Auriga, bars form in galaxies that have higher stellar-to-dark matter ratios and are more baryon-dominated than in previous cosmological simulations; this suggests that in order for bars to remain fast, massive spiral galaxies must lie above the commonly used abundance matching relation. While this reduces the aforementioned tension between the rotation speed of bars and ΛCDM, it accentuates the recently reported discrepancy between the dynamically inferred stellar-to-dark matter ratios of massive spirals and those inferred from abundance matching. Our results highlight the potential of using bar dynamics to constrain models of galaxy formation and evolution. 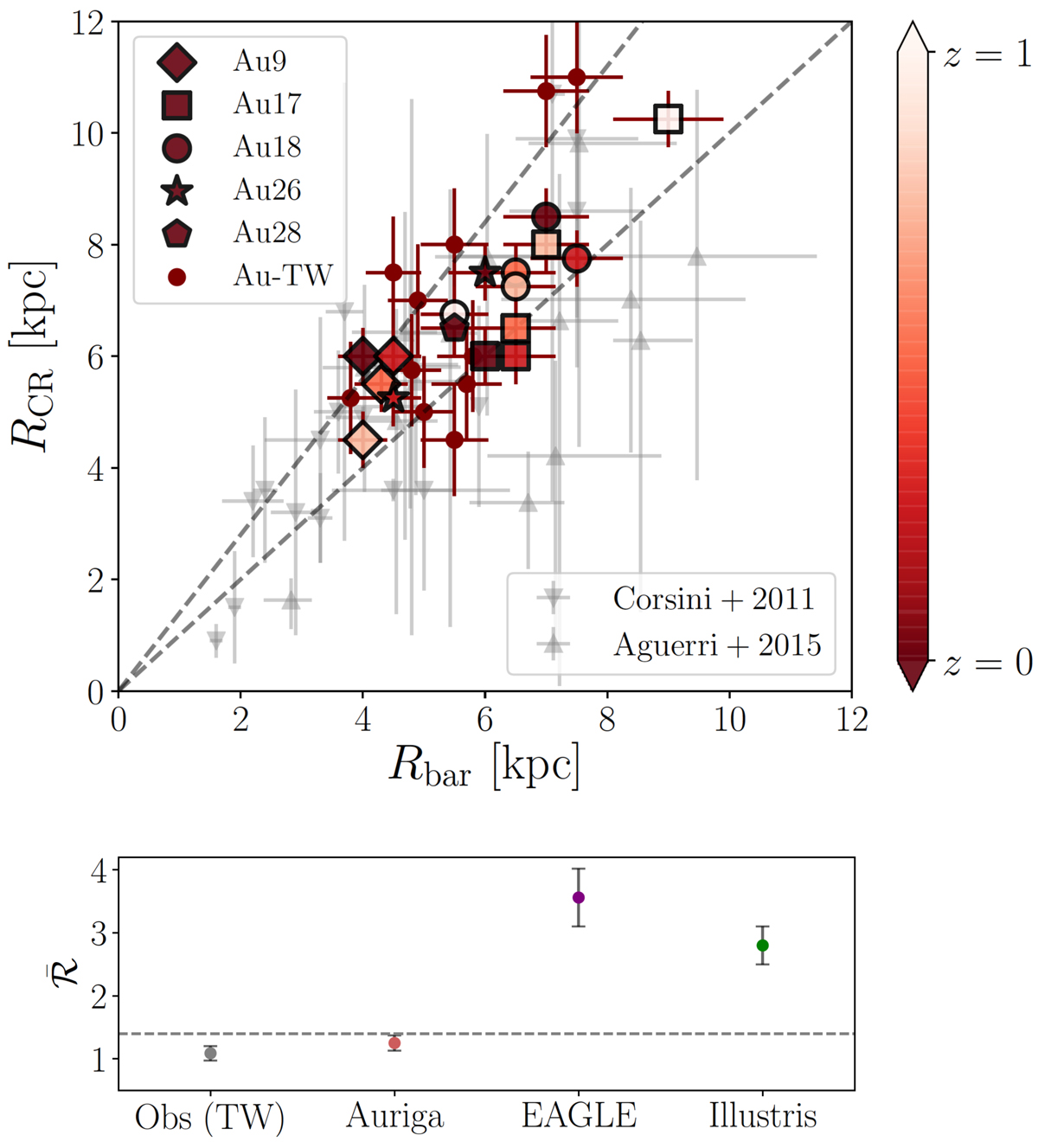