Context. The Sagittarius (Sgr) dwarf galaxy is merging with the Milky Way, and the study of its globular clusters (GCs) is important to understand the history and outcome of this ongoing process.
Aims: Our main goal is to characterize the GC system of the Sgr dwarf galaxy. This task is hampered by high foreground stellar contamination, mostly from the Galactic bulge.
Methods: We performed a GC search specifically tailored to find new GC members within the main body of this dwarf galaxy using the combined data of the VISTA Variables in the Via Lactea Extended Survey near-infrared survey and the Gaia Early Data Release 3 optical database.
Results: We applied proper motion cuts to discard foreground bulge and disk stars, and we found a number of GC candidates in the main body of the Sgr dwarf galaxy. We selected the best GCs as those objects that have significant overdensities above the stellar background of the Sgr galaxy and that possess color-magnitude diagrams with well-defined red giant branches consistent with the distance and reddening of this galaxy.
Conclusions: We discover eight new GC members of the Sgr galaxy, which adds up to 29 total GCs known in this dwarf galaxy. This total number of GCs shows that the Sgr dwarf galaxy hosts a rather rich GC system. Most of the new GCs appear to be predominantly metal-rich and have low luminosity. In addition, we identify ten other GC candidates that are more uncertain and need more data for proper confirmation. 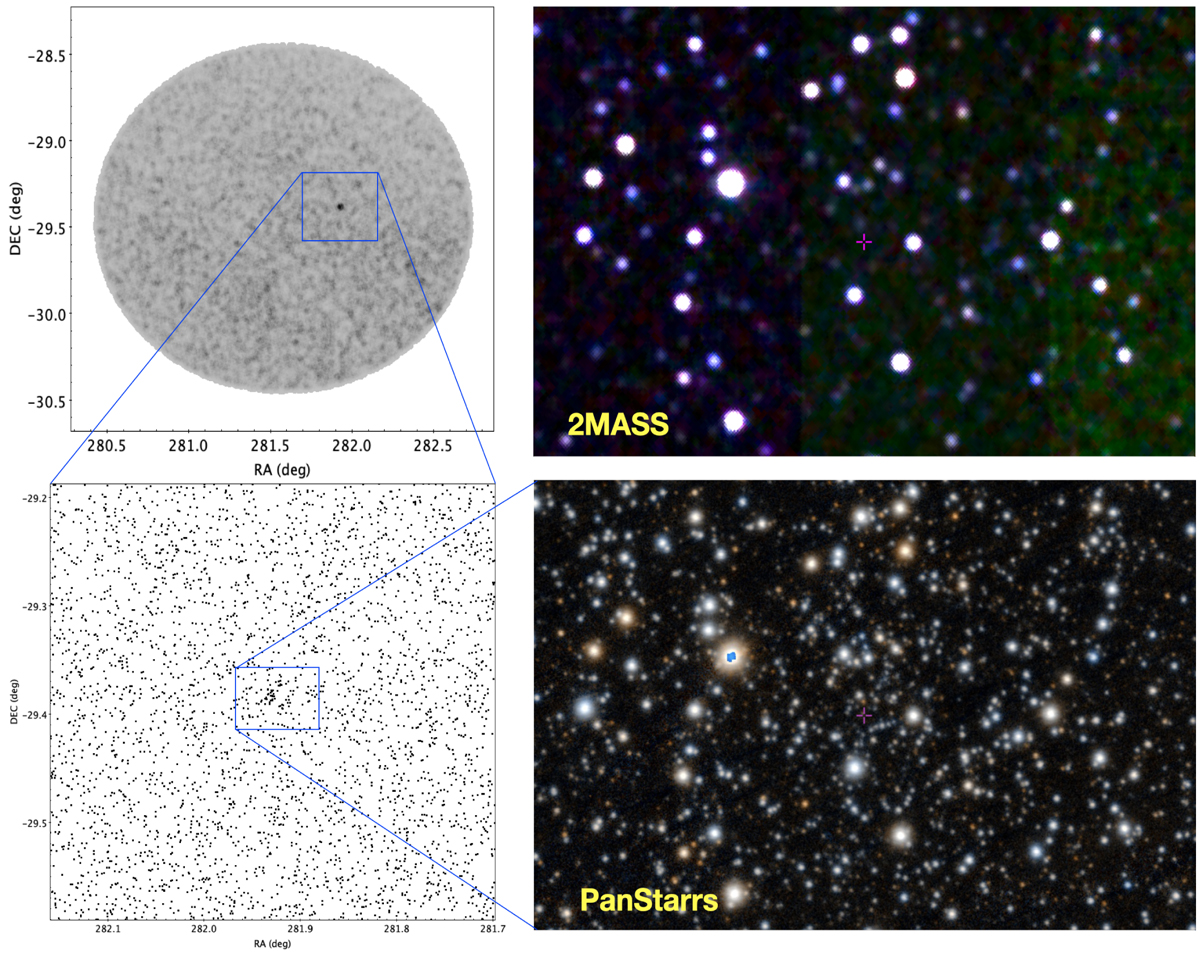