Context. Since July 2014, the Gaia mission of the European Space Agency has been surveying the entire sky down to magnitude 20.7 in the visible. In addition to the millions of daily observations of stars, thousands of Solar System objects (SSOs) are observed. By comparing their positions, as measured by Gaia, to those of known objects, a daily processing pipeline filters known objects from potential discoveries. However, owing to Gaia's specific observing mode, which follows a predetermined scanning law designed for stars as "fixed" objects on the celestial sphere, potential newly discovered moving objects are characterized by very few observations, which are acquired over a limited time. Furthermore, these objects cannot be specifically targeted by Gaia itself after their first detection. This aspect was recognized early on in the design of the Gaia data processing.
Aims: A daily processing pipeline dedicated to these candidate discoveries was set up to release calls for observations to a network of ground-based telescopes. Their aim is to acquire follow-up astrometry and to characterize these objects.
Methods: From the astrometry measured by Gaia, preliminary orbital solutions are determined, allowing us to predict the position of these potentially newly discovered objects in the sky while accounting for the large parallax between Gaia and the Earth (separated by 0.01 au). A specific task within the Gaia Data Processing and Analysis Consortium has been responsible for the distribution of requests for follow-up observations of potential Gaia SSO discoveries. Since late 2016, these calls for observations (nicknamed "alerts") have been published via a Web interface with a quasi-daily frequency, together with observing guides, which is freely available to anyone worldwide.
Results: Between November 2016 and the end of the first year of the extended mission (July 2020), over 1700 alerts were published, leading to the successful recovery of more than 200 objects. Among them, six have a provisional designation assigned with the Gaia observations; the others were previously known objects with poorly characterized orbits, precluding identification at the time of Gaia observations. There is a clear trend for objects with a high inclination to be unidentified, revealing a clear bias in the current census of SSOs against high-inclination populations. 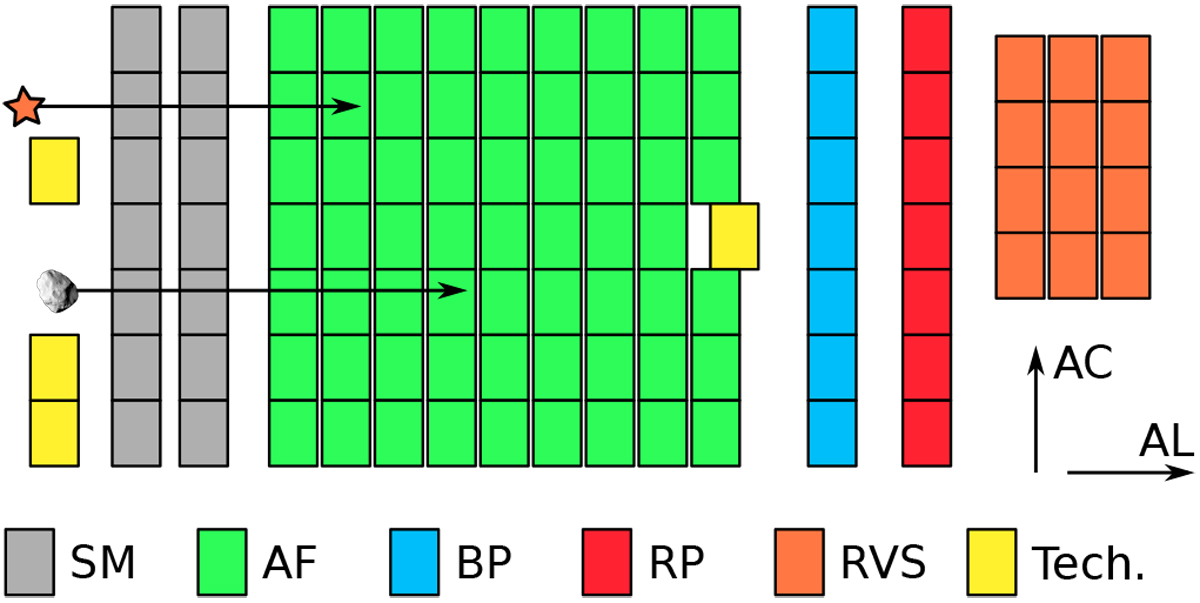