Context. Many if not most planetary nebulae (PNe) are now thought to be the outcome of binary evolutionary scenarios. However, only a few percent of the PNe in the Milky Way are known to host binary systems. The high-precision repeated observing and long time baseline of Gaia make it well suited for detecting new close binaries through photometric variability.
Aims: We aim to find new close binary central stars of PNe (CSPNe) using data from the Gaia mission, building towards a statistically significant sample of post-common envelope, close binary CSPNe.
Methods: As the vast majority of Gaia sources do not have published epoch photometry, we used the uncertainty in the mean photometry as a proxy for determining the variability of our CSPN sample in the second Gaia data release. We derived a quantity that expresses the significance of the variability, and considered what is necessary to build a clean sample of genuine variable sources.
Results: Our selection recovers a large fraction of the known close binary CSPN population, while other CSPNe lying in the same region of the parameter space represent a promising set of targets for ground-based confirmatory follow-up observations. Gaia epoch photometry for four of the newly identified variable sources confirms that the variability is genuine and consistent with binarity. 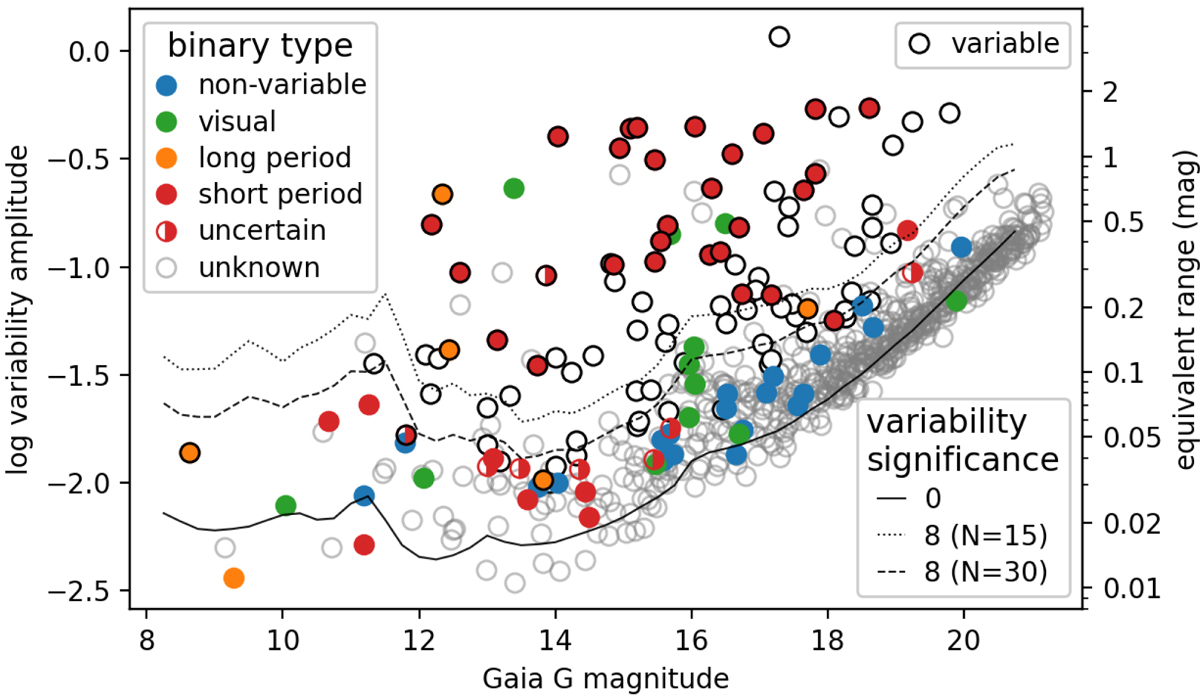