Aims: The giant H II region 30 Doradus (30 Dor) located in the eastern part of the Large Magellanic Cloud is one of the most active star-forming regions in the Local Group. Studies of H I data have revealed two large gas structures which must have collided with each other in the region around 30 Dor. In X-rays there is extended emission (~1 kpc) south of 30 Dor called the X-ray spur, which appears to be anticorrelated with the H I gas. We study the properties of the hot interstellar medium (ISM) in the X-ray spur and investigate its origin including related interactions in the ISM.
Methods: We analyzed new and archival XMM-Newton data of the X-ray spur and its surroundings to determine the properties of the hot diffuse plasma. We created detailed plasma property maps by utilizing the Voronoi tessellation algorithm. We also studied H I and CO data, as well as optical line emission data of Hα and [S II], and compared them to the results of the X-ray spectral analysis.
Results: We find evidence of two hot plasma components with temperatures of kT1 ~ 0.2 keV and kT2 ~ 0.5−0.9 keV, with the hotter component being much more pronounced near 30 Dor and the X-ray spur. In 30 Dor, the plasma has most likely been heated by massive stellar winds and supernova remnants. In the X-ray spur, we find no evidence of heating by stars. Instead, the X-ray spur must have been compressed and heated by the collision of the H I gas. 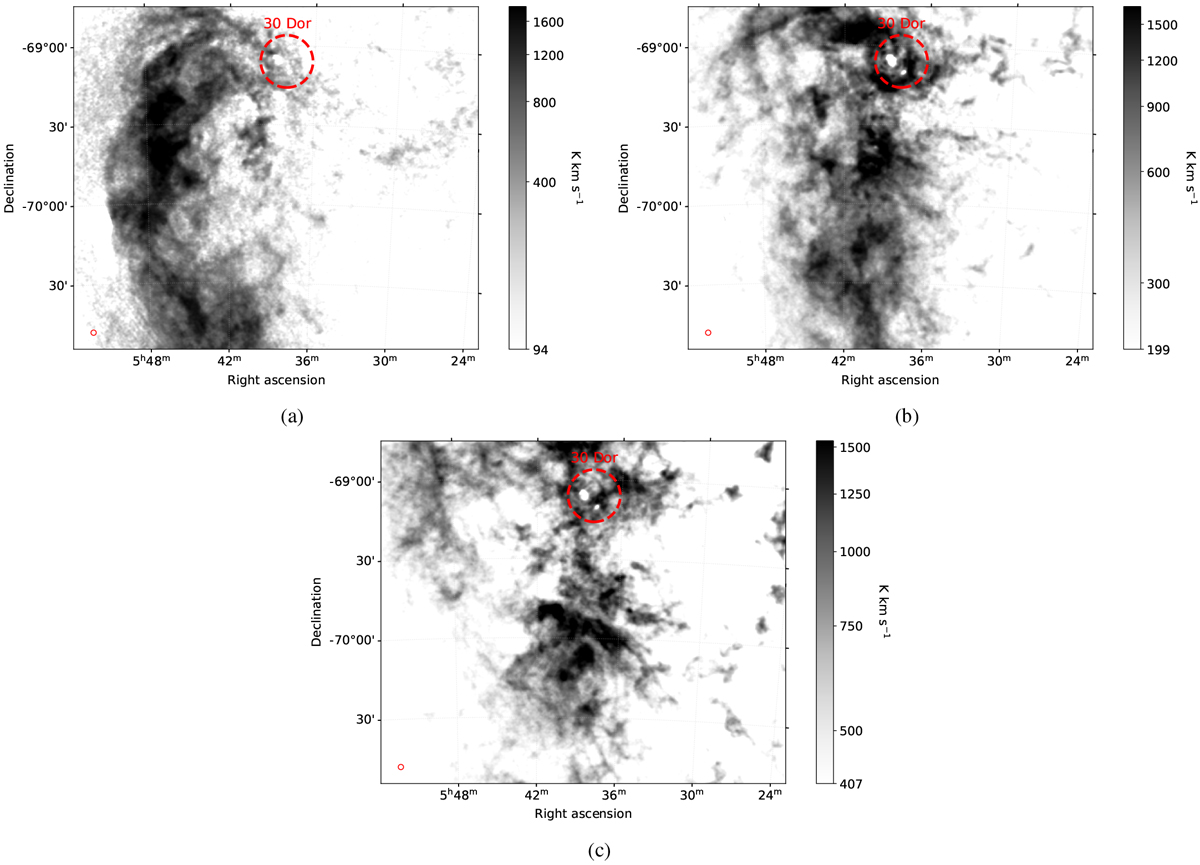