Understanding the atmospheric properties and chemical composition of the ultra-hot Jupiter HAT-P-7b. III. Changing ionisation and the emergence of an ionosphere

Context. Ultra-hot Jupiters are the hottest exoplanets that have been discovered so far. They present a unique possibility to explore hot and cold chemistry on one object. The tidally locked ultra-hot Jupiter HAT-P-7b has a day-to-night temperature difference of ≃2500 K, confining cloud formation to the nightside and efficient ionisation to the dayside. Both have distinct observational signatures.
Aims: We analyse plasma and magnetic processes in the atmosphere of the ultra-hot Jupiter HAT-P-7b to investigate the formation of an ionosphere and the possibility of magnetically coupling the atmospheric gas as the base for an extended exosphere. We show which ions and atoms may be used as spectral tracers, and if and where conditions for lightning may occur within the clouds of HAT-P-7b.
Methods: We used 3D modelling results as input for a kinetic cloud formation code and evaluated characteristic plasma and magnetic coupling parameters. A local thermodynamical equilibrium radiative transfer was solved for the ionised gas phase. This study is confined to thermal ionisation only.
Results: The ionisation throughout HAT-P-7b's atmosphere varies drastically between day- and nightside. The dayside has high levels of thermal ionisation and long-range electromagnetic interactions dominate over kinetic electron-neutral interactions, suggesting a day-night difference in magnetic coupling. K+, Na+, Li+, Ca+, and Al+ are more abundant than their atomic counterparts on the dayside. The minimum magnetic flux density for electrons for magnetic coupling is B < 0.5 G for all regions of HAT-P-7b's atmosphere.
Conclusions: HAT-P-7b's dayside has an asymmetric ionosphere that extends deep into the atmosphere, the nightside has no thermally driven ionosphere. A corresponding asymmetry is imprinted in the ion and neutral composition at the terminators. The ionosphere on HAT-P-7b may be directly traced by the Ca+ H&K lines if the local temperature is ≥5000 K. The whole atmosphere may couple to a global, large-scale magnetic field, and lightning may occur on the nightside. 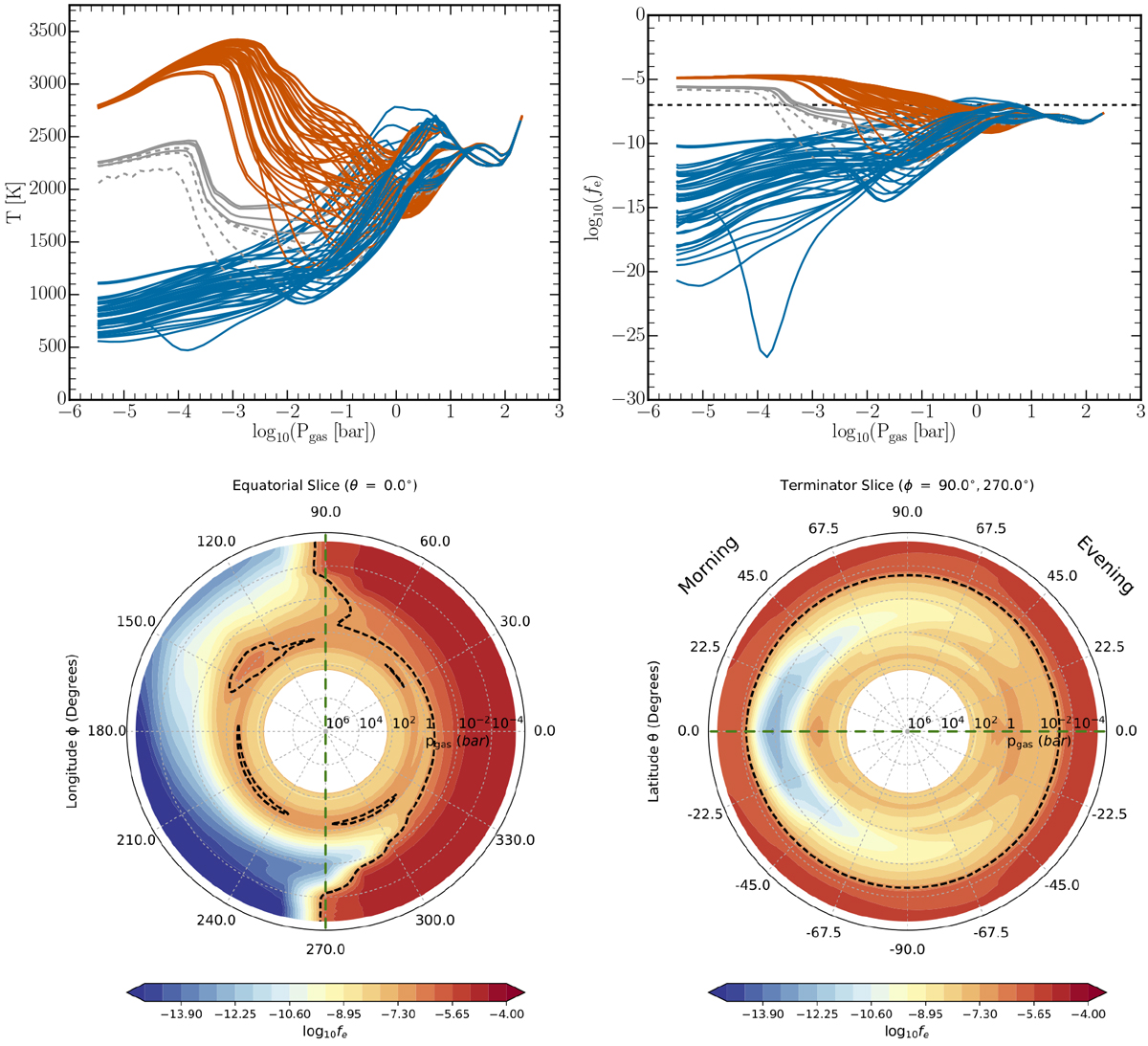