TESS unveils the optical phase curve of KELT-1b. Thermal emission and ellipsoidal variation from the brown dwarf companion along with the stellar activity

We present the detection and analysis of the phase curve of KELT-1b at optical wavelengths, analyzing data taken by the Transiting Exoplanet Survey Satellite (TESS) during cycle 2 and sector 17. With a mass of ~27 MJup, KELT-1b is an example of a low-mass brown dwarf. Due to the high mass and close proximity of its companion, the host star exhibits a TESS light curve that shows clear ellipsoidal variations. We modeled the data with a six-component model: secondary eclipse, phase curve accounting for reflected light and thermal emission, Doppler beaming, ellipsoidal variations, stellar activity, and the primary transit. We determined the secondary eclipse depth in the TESS bandpass to be 304 ± 75 parts-per-million (ppm). In addition, we measured the amplitude of the phase curve to be 128 ± 27 ppm, with a corresponding eastward offset between the region of maximum brightness and the substellar point of 19.2 ± 9.6 degrees, with the latter showing good agreement with Spitzer measurements. We determined a day-side brightness temperature in the TESS bandpass of 3201 ± 147 K that is approximately 200 K higher than the values determined from the Spitzer 3.6 and 4.5 μm data. By combining TESS and Spitzer eclipse depths, we derived a day-side effective temperature of Teff = 3010 ± 78 K. Previously published eclipse depths in the near-infrared suggest a much higher brightness temperature and this discrepancy cannot be explained by spectral models combined with the current data. We attribute those large eclipse depths to unmodeled ellipsoidal variations, which would typically be manifested as a deeper secondary eclipse in observations with insufficient phase coverage. A one-dimensional self-consistent atmospheric model is able to explain the TESS and Spitzer day-side brightness temperatures with thermal emission alone and no reflected light. The difference between the TESS and Spitzer brightness temperatures can be explained via CO absorption due to a non-inverted temperature profile. The night side data fix an upper limit of ~2000 K on the internal temperature of KELT-1 b. 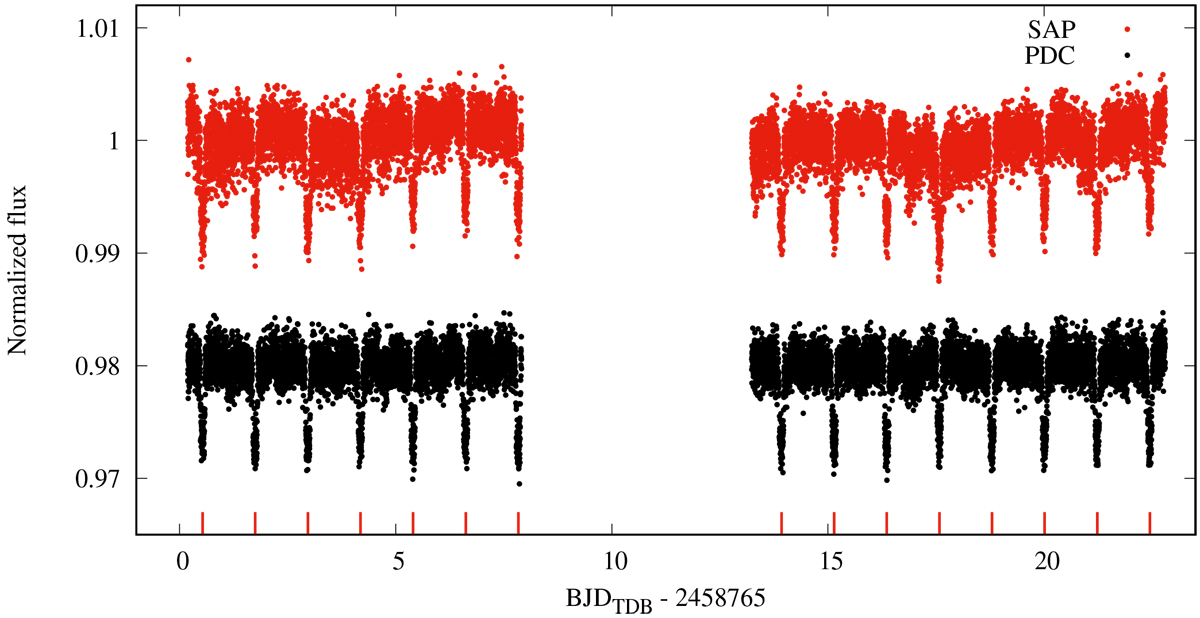