Context. About 10% of all stars exhibit absorption lines of ultra-highly excited (UHE) metals (e.g., O VIII) in their optical spectra when entering the white dwarf cooling sequence. This is something that has never been observed in any other astrophysical object, and poses a decades-long mystery in our understanding of the late stages of stellar evolution. The recent discovery of a UHE white dwarf that is both spectroscopically and photometrically variable led to the speculation that the UHE lines might be created in a shock-heated circumstellar magnetosphere.
Aims: We aim to gain a better understanding of these mysterious objects by studying the photometric variability of the whole population of UHE white dwarfs, and white dwarfs showing only the He II line problem, as both phenomena are believed to be connected.
Methods: We investigate (multi-band) light curves from several ground- and space-based surveys of all 16 currently known UHE white dwarfs (including one newly discovered) and eight white dwarfs that show only the He II line problem.
Results: We find that 75−13+8% of the UHE white dwarfs, and 75−19+9% of the He II line problem white dwarfs are significantly photometrically variable, with periods ranging from 0.22 d to 2.93 d and amplitudes from a few tenths to a few hundredths of a magnitude. The high variability rate is in stark contrast to the variability rate amongst normal hot white dwarfs (we find 9−2+4%), marking UHE and He II line problem white dwarfs as a new class of variable stars. The period distribution of our sample agrees with both the orbital period distribution of post-common-envelope binaries and the rotational period distribution of magnetic white dwarfs if we assume that the objects in our sample will spin-up as a consequence of further contraction.
Conclusions: We find further evidence that UHE and He II line problem white dwarfs are indeed related, as concluded from their overlap in the Gaia HRD, similar photometric variability rates, light-curve shapes and amplitudes, and period distributions. The lack of increasing photometric amplitudes towards longer wavelengths, as well as the nondetection of optical emission lines arising from the highly irradiated face of a hypothetical secondary in the optical spectra of our stars, makes it seem unlikely that an irradiated late-type companion is the origin of the photometric variability. Instead, we believe that spots on the surfaces of these stars and/or geometrical effects of circumstellar material might be responsible. 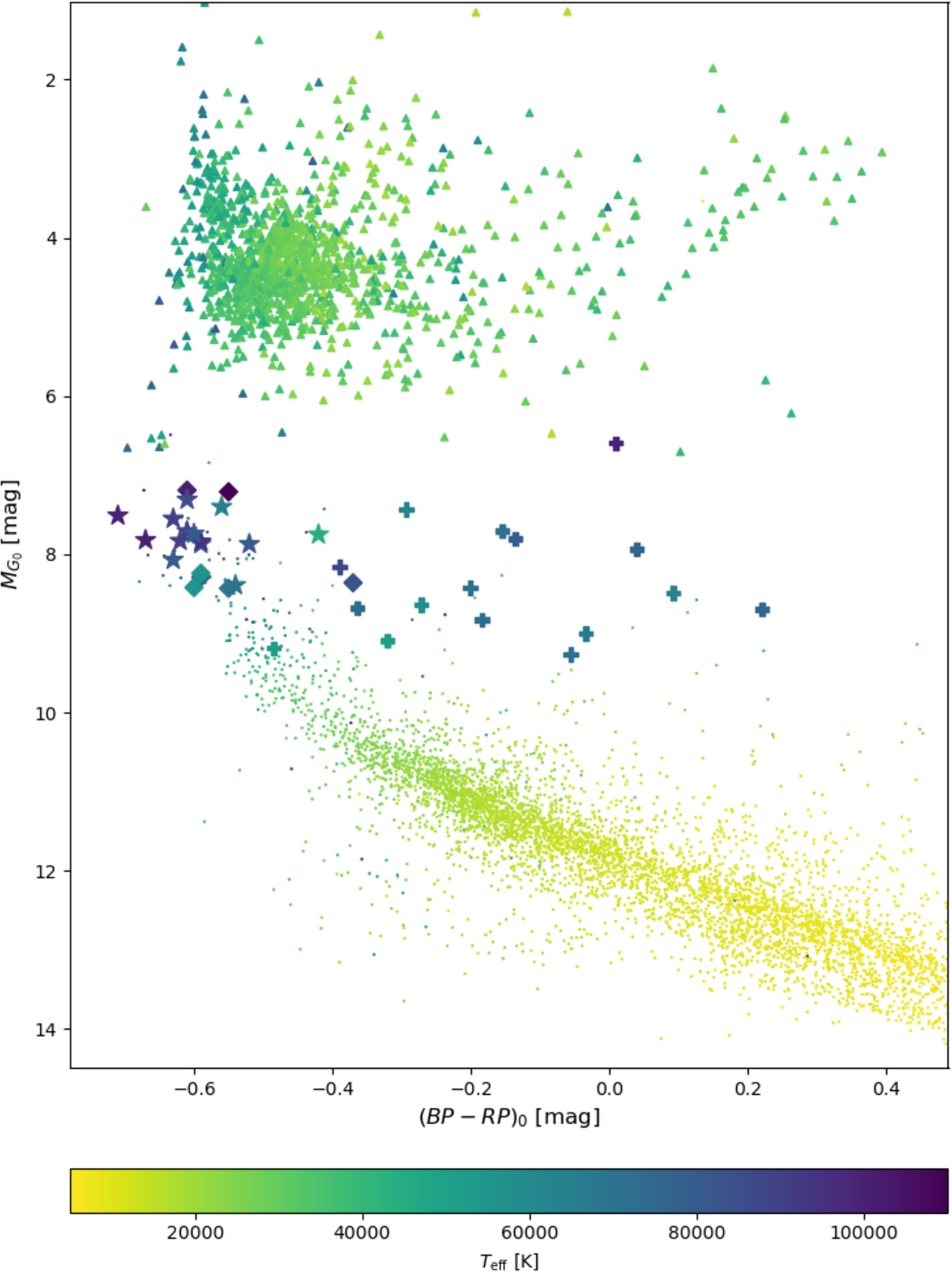