Oort cloud Ecology. I. Extra-solar Oort clouds and the origin of asteroidal interlopers

We simulate the formation and evolution of Oort clouds around the 200 nearest stars (within ∼16 pc according to the Gaia DR2) database. This study is performed by numerically integrating the planets and minor bodies in orbit around the parent star and in the Galactic potential. The calculations start 1 Gyr ago and continue for 100 Myr into the future. In this time frame, we simulate how asteroids (and planets) are ejected from the vicinity of the stars and settle in an Oort cloud and how they escape the local stellar gravity to form tidal streams. A fraction of 0.0098 to 0.026 of the asteroids remain bound to their parent star. The orbits of these asteroids isotropize and circularize because of the influence of the Galactic tidal field and eventually form an Oort cloud between ∼104 and ∼2 × 105 au. We estimate that ≲6% of the nearby stars may have a planet in their Oort cloud. The majority of asteroids (and some of the planets) become unbound from their parent star to become free floating in the Galactic potential. These interstellar asteroids remain in a similar orbit around the Galactic center to their host star, forming dense streams of rogue interstellar asteroids and planets. The Solar System occasionally passes through such tidal streams, potentially giving rise to occasional close encounters with objects in this stream. Two recently discovered sources, 1I/(2017 Q3) 'Oumuamua and 2I/(2019 Q4) Borisov, may be such objects. Although the direction from which an individual object originated cannot easily be traced back to the original host, multiple such objects coming from the same source might help to identify their origin. Currently, the Solar System is in the bow or wake of the tidal stream of approximately ten of the nearby stars, which might contribute considerably to the interaction rate. Overall, we estimate that the local density of such leftovers from the planet-formation process contributes to a local density of 1.2 × 1014 per pc−3, or ≳0.1 of the interstellar visitors originate from the obliterated debris disks of such nearby stars.

Movie is available at https://www.aanda.org The source code, input files, simulation data, and data processing scripts for this manuscript are available at figshare at https://doi.org/10.6084/m9.figshare.12834803.v1 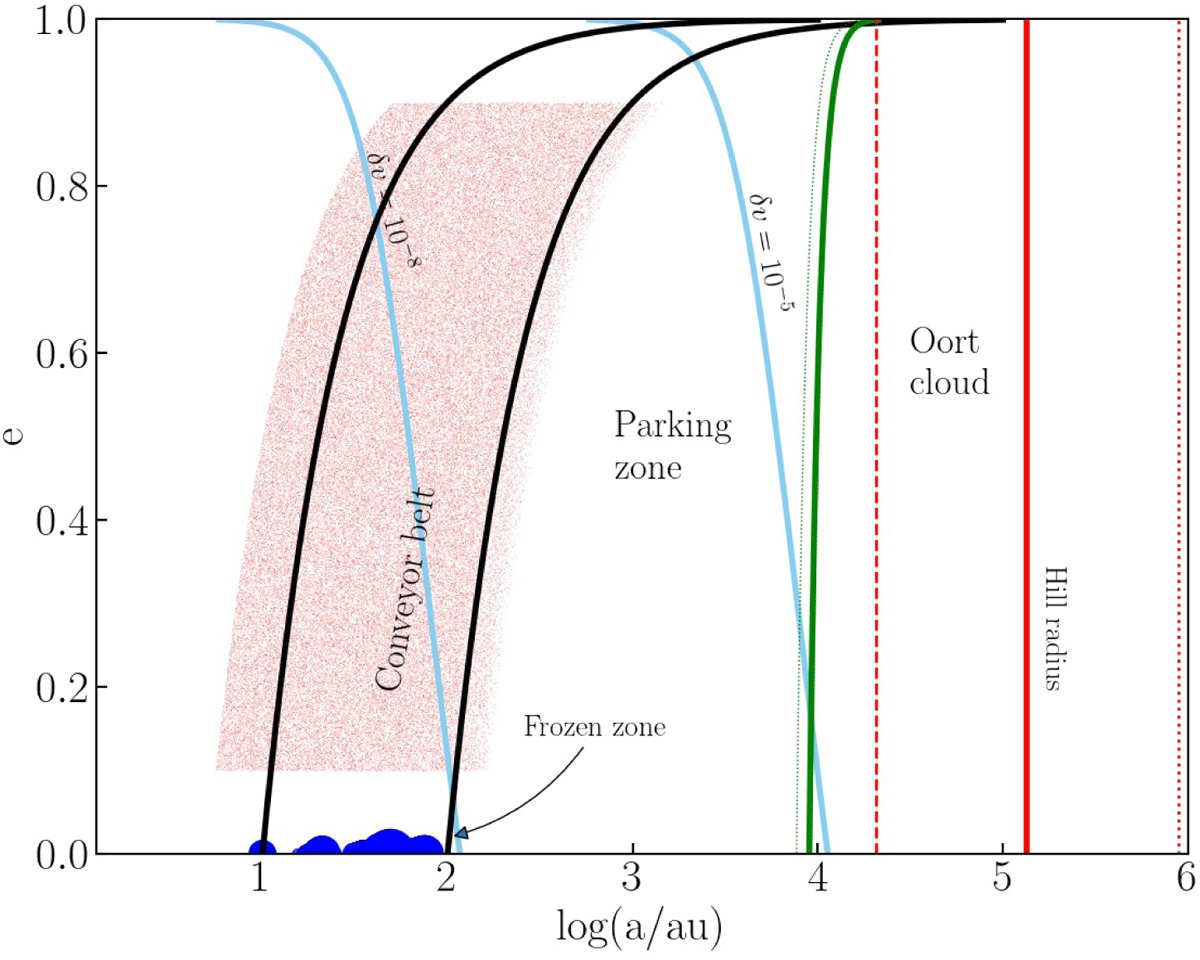