A crucial phase during planetary growth is the migration, when the planetary core has been assembled but has not yet opened a deep gap. During this phase, the planet is subject to fast type-I migration, which is mostly directed inwards, and the planet can lose a significant fraction of its semi-major axis. The duration of this phase is set by the time required for the planetary envelope to contract before it reaches a mass similar to that of the planetary core, which is when runaway gas accretion can set in and the planet can open a deeper gap in the disc, transitioning into the slower type-II migration. This envelope contraction phase depends crucially on the planetary mass and on the opacity inside the planetary envelope. Here we study how different opacity prescriptions influence the envelope contraction time and how this in turn influences how far the planet migrates through the disc. We find within our simulations that the size distribution of the grains as well as the chemical composition of the grains crucially influences how far the planet migrates before reaches the runaway gas accretion phase. Grain size distributions with larger grain sizes result in less inward migration of the growing planet because of faster gas accretion enabled by more efficient cooling. In addition, we find that planets forming in water-poor environments can contract their envelope faster and therefore migrate less, implying that gas giants forming in water-poor environments might be located further away from their central star compared to gas giants forming in water-rich environments. Future studies of planet formation that aim to investigate the chemical composition of formed gas giants need to take these effects into account self-consistently. 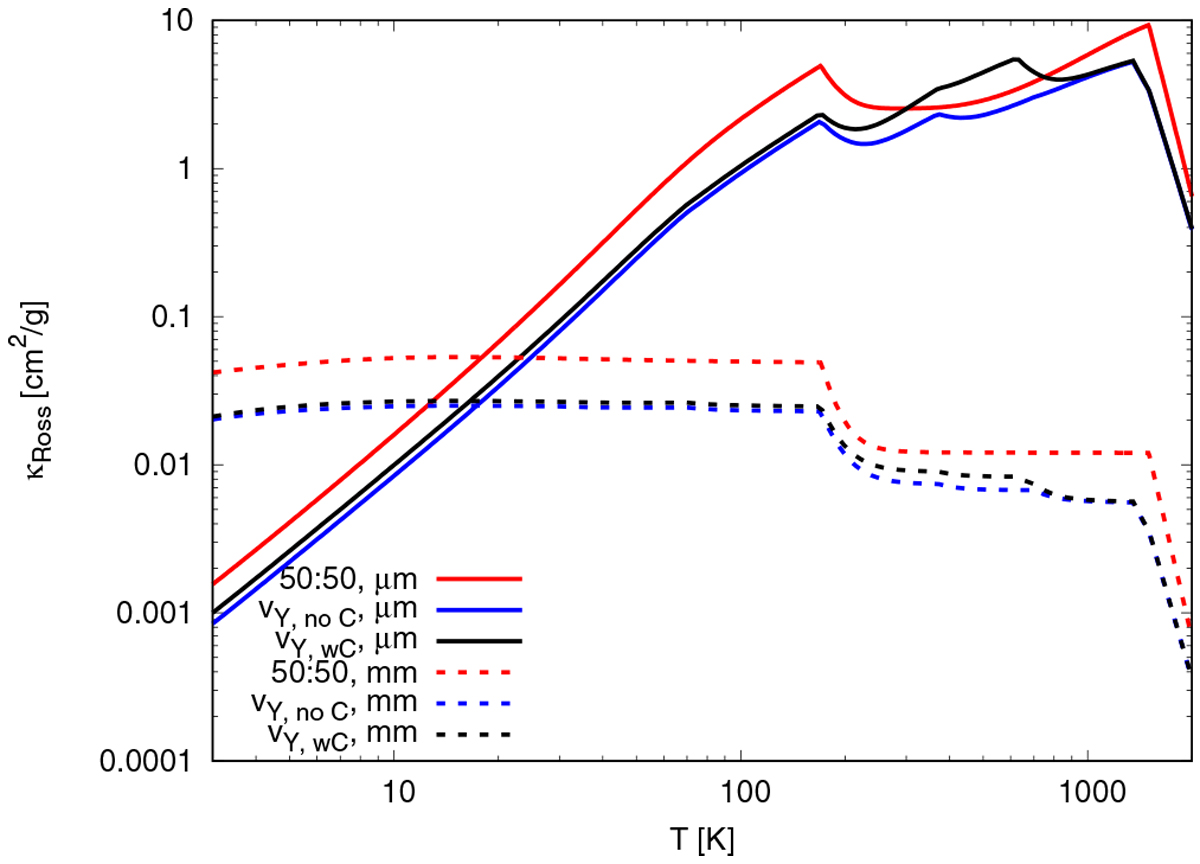