Context. The paths followed by the known extreme trans-Neptunian objects (ETNOs) effectively avoid direct gravitational perturbations from the four giant planets, yet their orbital eccentricities are in the range between 0.69-0.97. Solar system dynamics studies show that such high values of the eccentricity can be produced via close encounters or secular perturbations. In both cases, the presence of yet-to-be-discovered trans-Plutonian planets is required. Recent observational evidence cannot exclude the existence, at 600 AU from the Sun, of a planet of five Earth masses.
Aims: If the high eccentricities of the known ETNOs are the result of relatively recent close encounters with putative planets, the mutual nodal distances of sizeable groups of ETNOs with their assumed perturber may still be small enough to be identifiable geometrically. In order to confirm or reject this possibility, we used Monte Carlo random search techniques.
Methods: Two arbitrary orbits may lead to close encounters when their mutual nodal distance is sufficiently small. We generated billions of random planetary orbits with parameters within the relevant ranges and computed the mutual nodal distances with a set of randomly generated orbits with parameters consistent with those of the known ETNOs and their uncertainties. We monitored which planetary orbits had the maximum number of potential close encounters with synthetic ETNOs and we studied the resulting distributions.
Results: We provide narrow ranges for the orbital parameters of putative planets that may have experienced orbit-changing encounters with known ETNOs. Some sections of the available orbital parameter space are strongly disfavored by our analysis.
Conclusions: Our calculations suggest that more than one perturber is required if scattering is the main source of orbital modification for the known ETNOs. Perturbers might not be located farther than 600 AU and they have to follow moderately eccentric and inclined orbits to be capable of experiencing close encounters with multiple known ETNOs. 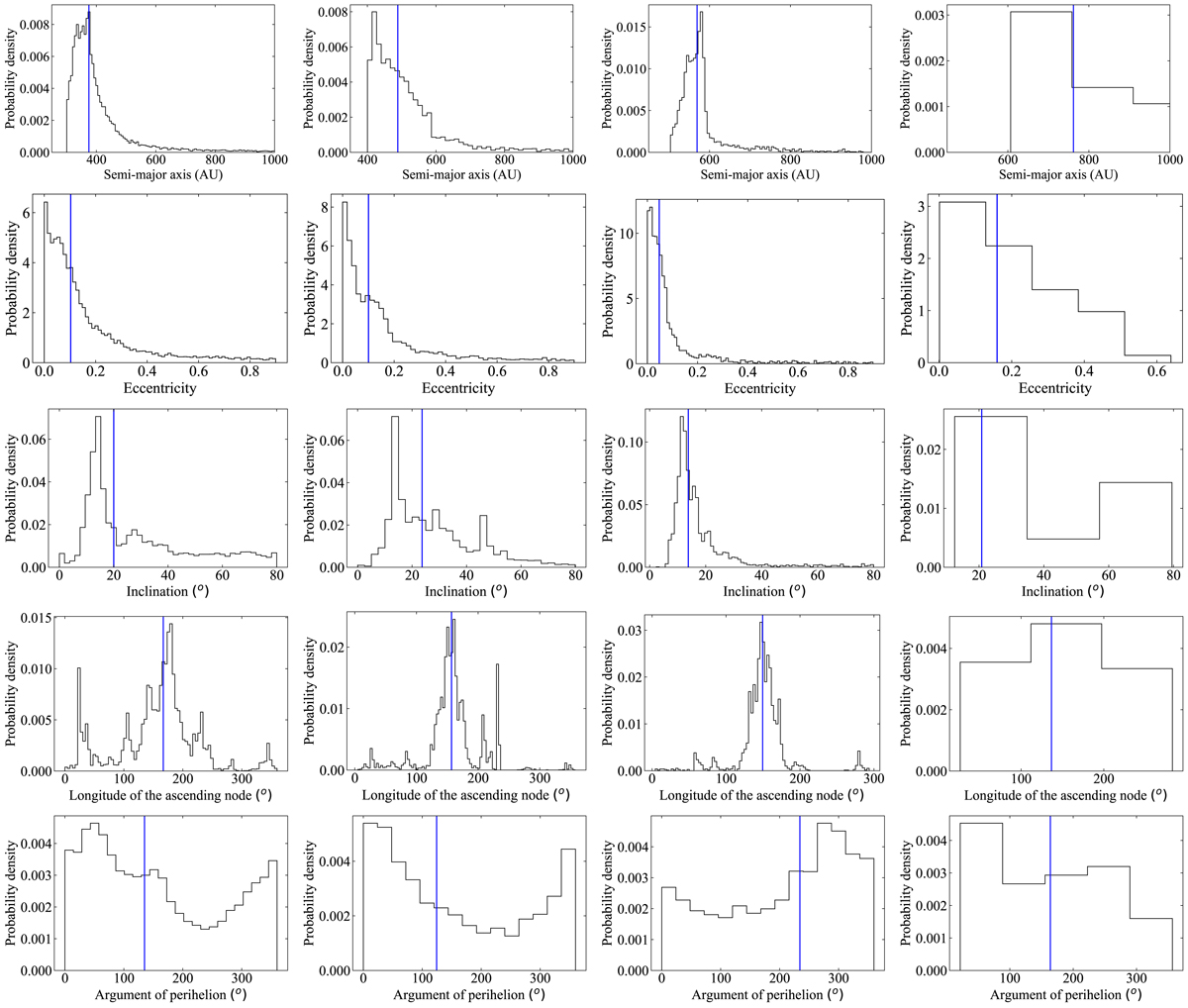