Semianalytical model for planetary resonances. Application to planets around single and binary stars

Context. Planetary resonances are a common dynamical mechanism acting on planetary systems. However, no general model for describing their properties exists, particularly for commensurabilities of any order and arbitrary eccentricity and inclination values.
Aims: We present a semianalytical model that describes the resonance strength, width, location and stability of fixed points, and periods of small-amplitude librations. The model is valid for any two gravitationally interacting massive bodies, and is thus applicable to planets around single or binary stars.
Methods: Using a theoretical framework in the Poincaré and Jacobi reference system, we developed a semianalytical method that employs a numerical evaluation of the averaged resonant disturbing function. Validations of the model are presented that compare its predictions with dynamical maps for real and fictitious systems.
Results: The model describes many dynamical features of planetary resonances very well. Notwithstanding the good agreement found in all cases, a small deviation is noted in the location of the resonance centers for circumbinary systems. As a consequence of its application to the HD 31527 system, we found that the updated best-fit solution leads to a high-eccentricity stable libration between the middle and outer planets inside the 16/3 mean-motion resonance (MMR). This is the first planetary system whose long-term dynamics appears dominated by such a high-order commensurability. In the case of circumbinary planets, the overlap of N/1 mean-motion resonances coincides very well with the size of the global chaotic region close to the binary, as well as its dependence on the mutual inclination. 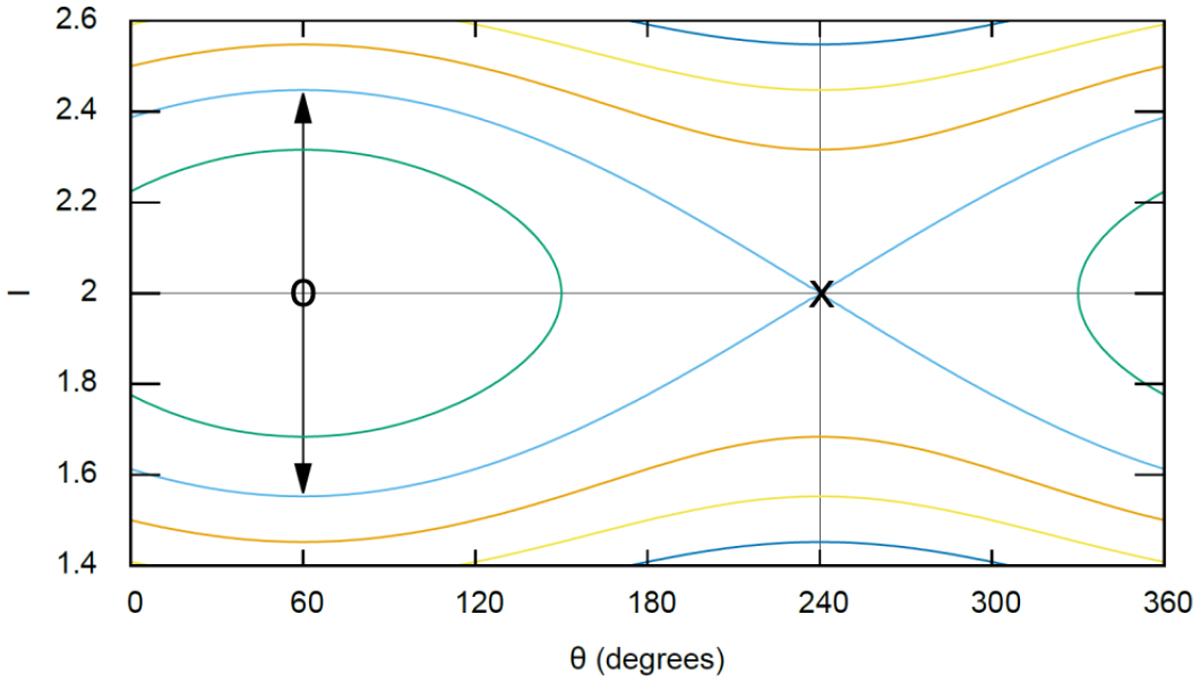