Down-the-barrel observations of a multi-phase quasar outflow at high redshift. VLT/X-shooter spectroscopy of the proximate molecular absorber at z = 2.631 towards SDSS J001514+184212

We present ultraviolet to near infrared spectroscopic observations of the quasar SDSS J001514+184212 and its proximate molecular absorber at z = 2.631. The [O III] emission line of the quasar is composed of a broad (FWHM ∼ 1600 km s-1), spatially unresolved component, blueshifted by about 600 km s-1 from a narrow, spatially-resolved component (FWHM ∼ 650 km s-1). The wide, blueshifted, unresolved component is consistent with the presence of outflowing gas in the nuclear region. The narrow component can be further decomposed into a blue and a red blob with a velocity width of several hundred km s-1 each, seen ∼5 pkpc on opposite spatial locations from the nuclear continuum emission, indicating outflows on galactic scales. The presence of ionised gas on kpc scales is also seen from a weak C IV emission component, detected in the trough of a saturated C IV absorption that removes the strong nuclear emission from the quasar. Towards the nuclear emission, we observe absorption lines from atomic species in various ionisation and excitation stages and confirm the presence of strong H2 lines originally detected in the SDSS spectrum. The overall absorption profile is very wide, spread over ∼600 km s-1, and it roughly matches the velocities of the narrow blue [O III] blob. From a detailed investigation of the chemical and physical conditions in the absorbing gas, we infer densities of about nH ∼ 104 - 105 cm-3 in the cold (T ∼ 100 K) H2-bearing gas, which we find to be located at ∼10 kpc distances from the central UV source. We conjecture that we are witnessing different manifestations of a same AGN-driven multi-phase outflow, where approaching gas is intercepted by the line of sight to the nucleus. We corroborate this picture by modelling the scattering of Ly-α photons from the central source through the outflowing gas, reproducing the peculiar Ly-α absorption-emission profile, with a damped Ly-α absorption in which red-peaked, spatially offset, and extended Ly-α emission is seen. Our observations open up a new way to investigate quasar outflows at high redshift and shed light on the complex issue of AGN feedback.

Based on observations collected at the European Organisation for Astronomical Research in the Southern Hemisphere under ESO programme 103.B-0260(A). 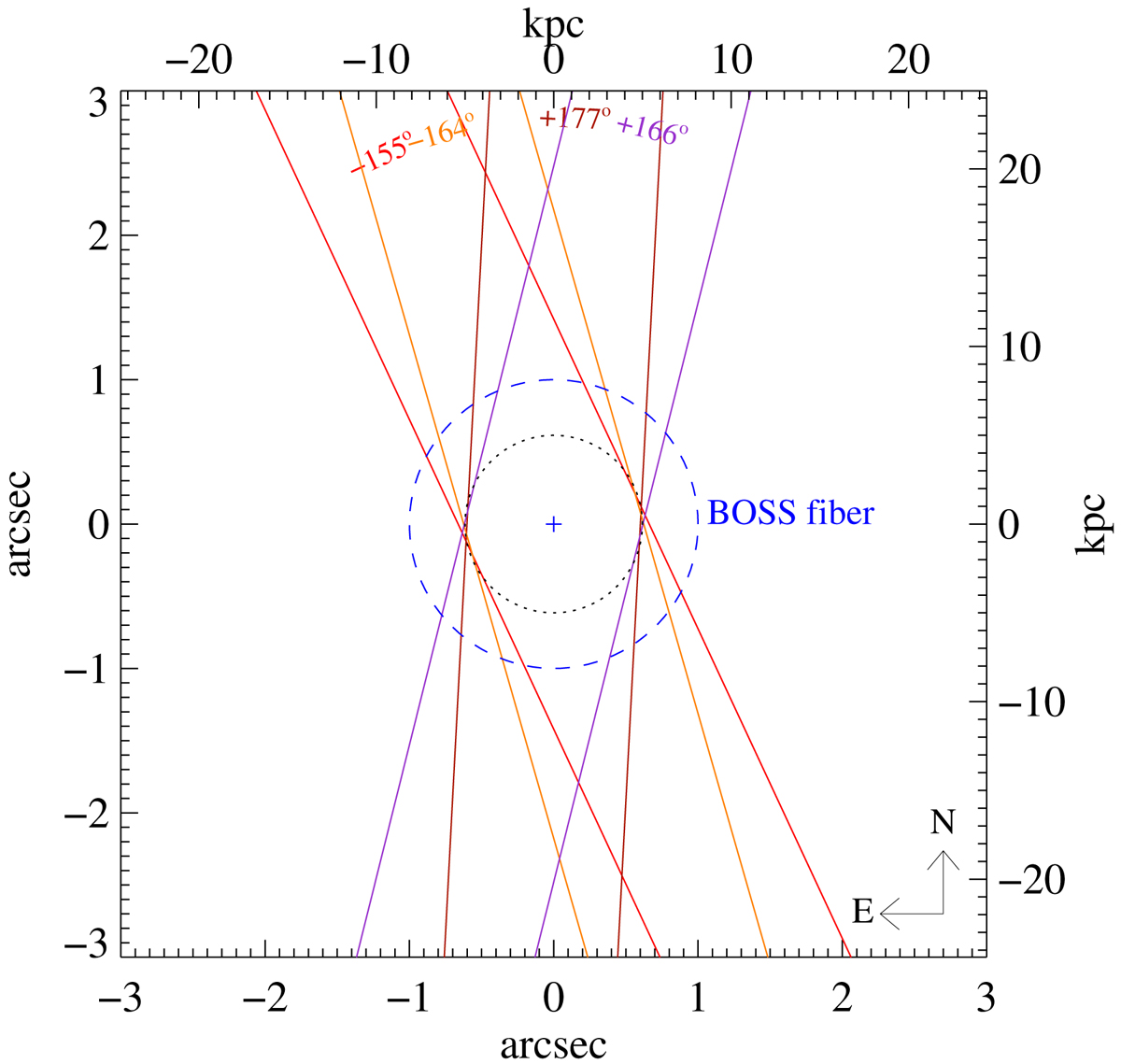