The plane-of-satellites problem is one of the most severe small-scale challenges for the standard Λ cold dark matter (ΛCDM) cosmological model: Several dwarf galaxies around the Milky Way and Andromeda co-orbit in thin, planar structures. A similar case has been identified around the nearby elliptical galaxy Centaurus A (Cen A). In this Letter, we study the satellite system of Cen A, adding twelve new galaxies with line-of-sight velocities from VLT/MUSE observations. We find that 21 out of 28 dwarf galaxies with measured velocities share a coherent motion. Similarly, flattened and coherently moving structures are found only in 0.2% of Cen A analogs in the Illustris-TNG100 cosmological simulation, independently of whether we use its dark-matter-only or hydrodynamical run. These analogs are not co-orbiting, and they arise only by chance projection, thus they are short-lived structures in such simulations. Our findings indicate that the observed co-rotating planes of satellites are a persistent challenge for ΛCDM, which is largely independent from baryon physics.

Based on observations collected at the European Organisation for Astronomical Research in the Southern Hemisphere under ESO programmes 0101.A-0193(A) and 0101.A-0193(B). 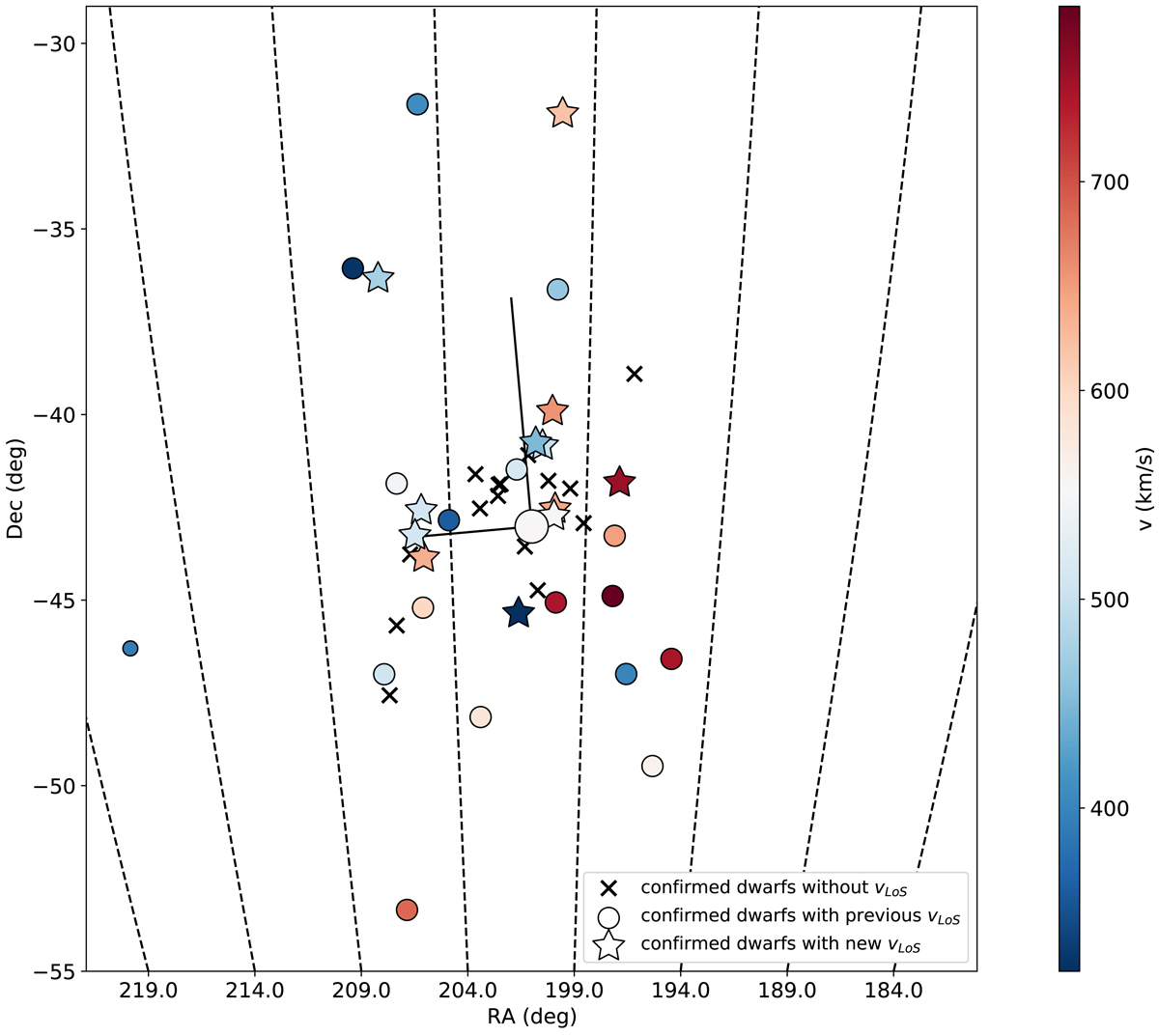