Context. The stellar initial mass function (IMF) seems to be variable and not universal, contrary to what has been argued in the literature over the last three decades. Several relations of the low-mass end of the IMF slope with other stellar population, photometrical, and kinematical parameters of massive early-type galaxies (ETGs) have been proposed, but consensus on the factual cause of the observed variations has not yet been reached.
Aims: We investigate the relationship between the IMF and other stellar population parameters in NGC 3311, the central galaxy of the Hydra I cluster. NGC 3311 is a unique laboratory, characterized by old and metal-rich stars, that is similar to other massive ETGs for which the IMF slope has been measured to be bottom-heavy (i.e., dwarf-rich); however, it has unusual stellar velocity dispersion and [α/Fe] profiles, both of which increase with radius.
Methods: We use the spatially resolved stellar population parameters (age, total metallicity, and [α/Fe]) that were derived in a forthcoming paper (Barbosa et al. 2020) – via the full-spectrum fitting of high signal-to-noise MUSE observations – to compare the IMF slope in the central part of NGC 3311 (R ≲ 16 kpc) against other stellar parameters, with the goal of assessing their relations and dependencies.
Results: For NGC 3311, we unambiguously invalidate the previously observed direct correlation between the IMF slope and the local stellar velocity dispersion, confirming some doubts that had been raised in the literature. This relation may simply arise as a spatial coincidence between the region with the largest stellar velocity dispersion and the region where the oldest in situ population is found and dominates the light. We also show robust evidence that the proposed IMF‑metallicity relation is contaminated by the degeneracy between these two parameters. We do confirm that the stellar content in the innermost region of NGC 3311 follows a bottom-heavy IMF, in line with other literature results. The tightest correlations we found are those between stellar age and the IMF and between the galactocentric radius and the IMF.
Conclusions: The variation of the IMF at its low-mass end is not due to kinematical, dynamical, or global properties in NGC 3311. We speculate instead that the IMF might be dwarf-dominated in the "red nuggets" that formed through a very short and intense star formation episode at high redshifts (z > 2) when the Universe was denser and richer in gas, and which then ended up being the central cores of today's giant ellipticals. 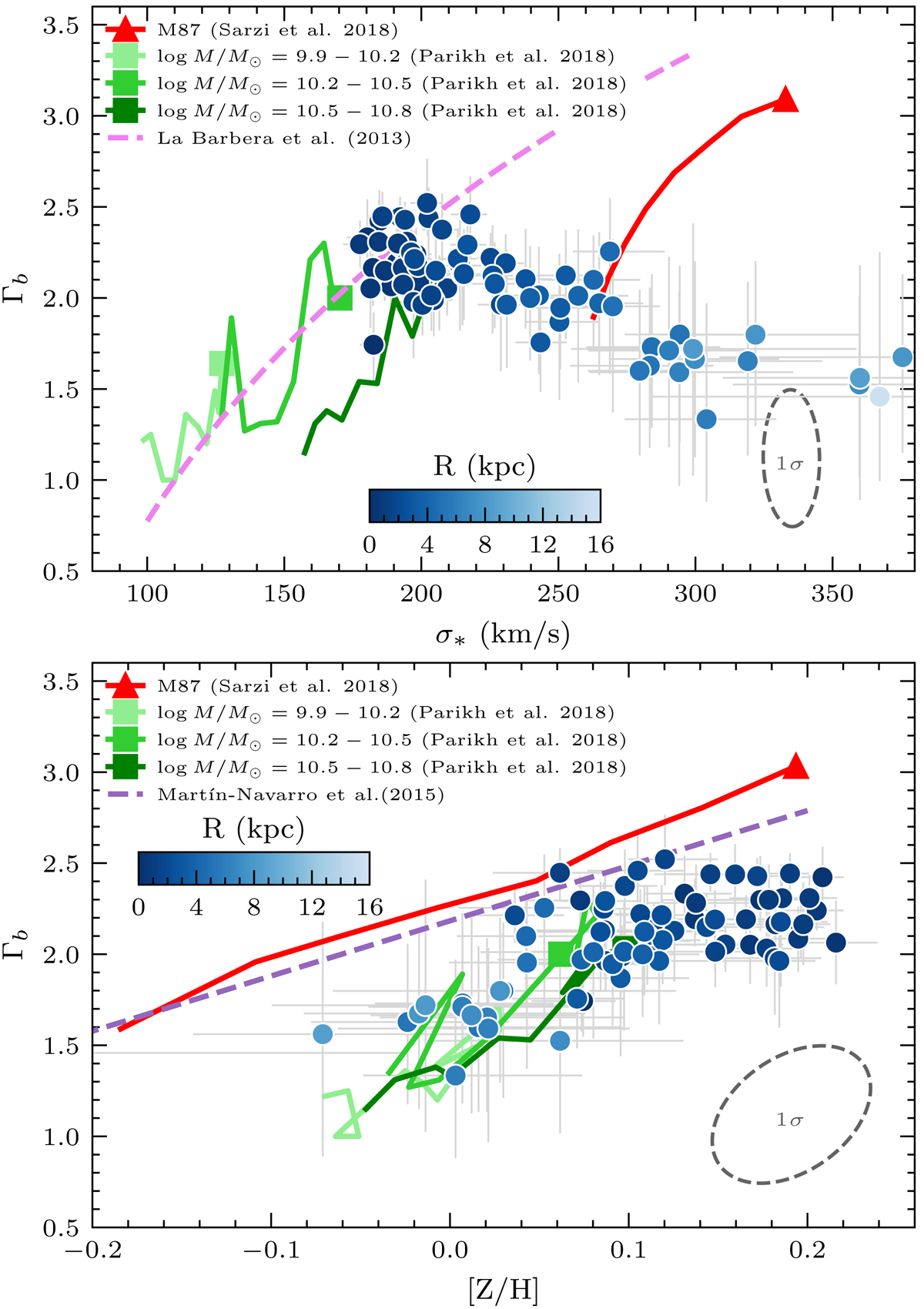