Context. Shocks are a universal feature of warm plasma environments, such as the lower solar atmosphere and molecular clouds, which consist of both ionised and neutral species. Including partial ionisation leads to the existence of a finite width for shocks, where the ionised and neutral species decouple and recouple. As such, drift velocities exist within the shock that lead to frictional heating between the two species, in addition to adiabatic temperature changes across the shock. The local temperature enhancements within the shock alter the recombination and ionisation rates and hence change the composition of the plasma.
Aims: We study the role of collisional ionisation and recombination in slow-mode partially ionised shocks. In particular, we incorporate the ionisation potential energy loss and analyse the consequences of having a non-conservative energy equation.
Methods: A semi-analytical approach is used to determine the possible equilibrium shock jumps for a two-fluid model with ionisation, recombination, ionisation potential, and arbitrary heating. Two-fluid numerical simulations are performed using the (P<underline>I</underline>P) code. Results are compared to the magnetohydrodynamic (MHD) model and the semi-analytic solution.
Results: Accounting for ionisation, recombination, and ionisation potential significantly alters the behaviour of shocks in both substructure and post-shock regions. In particular, for a given temperature, equilibrium can only exist for specific densities due to the radiative losses needing to be balanced by the heating function. A consequence of the ionisation potential is that a compressional shock will lead to a reduction in temperature in the post-shock region, rather than the increase seen for MHD. The numerical simulations pair well with the derived analytic model for shock velocities. Conclusion. Multi-fluid effects can lead to a significant departure from MHD results. The results in this paper are applicable to a wide range of partially ionised plasmas, including the solar chromosphere and molecular clouds. 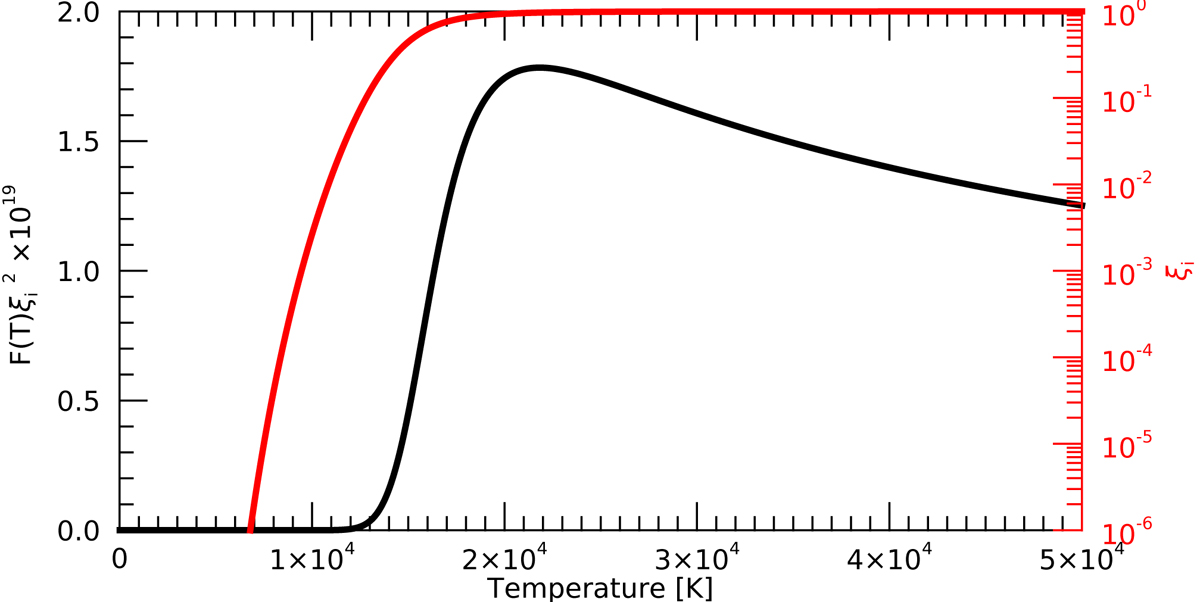