SPHERE+: Imaging young Jupiters down to the snowline

SPHERE (Beuzit et al,. 2019) has now been in operation at the VLT for more than 5 years, demonstrating a high level of performance. SPHERE has produced outstanding results using a variety of operating modes, primarily in the field of direct imaging of exoplanetary systems, focusing on exoplanets as point sources and circumstellar disks as extended objects. The achievements obtained thus far with SPHERE (~200 refereed publications) in different areas (exoplanets, disks, solar system, stellar physics...) have motivated a large consortium to propose an even more ambitious set of science cases, and its corresponding technical implementation in the form of an upgrade. The SPHERE+ project capitalizes on the expertise and lessons learned from SPHERE to push high contrast imaging performance to its limits on the VLT 8m-telescope. The scientific program of SPHERE+ described in this document will open a new and compelling scientific window for the upcoming decade in strong synergy with ground-based facilities (VLT/I, ELT, ALMA, and SKA) and space missions (Gaia, JWST, PLATO and WFIRST). While SPHERE has sampled the outer parts of planetary systems beyond a few tens of AU, SPHERE+ will dig into the inner regions around stars to reveal and characterize by mean of spectroscopy the giant planet population down to the snow line. Building on SPHERE's scientific heritage and resounding success, SPHERE+ will be a dedicated survey instrument which will strengthen the leadership of ESO and the European community in the very competitive field of direct imaging of exoplanetary systems. With enhanced capabilities, it will enable an even broader diversity of science cases including the study of the solar system, the birth and death of stars and the exploration of the inner regions of active galactic nuclei. 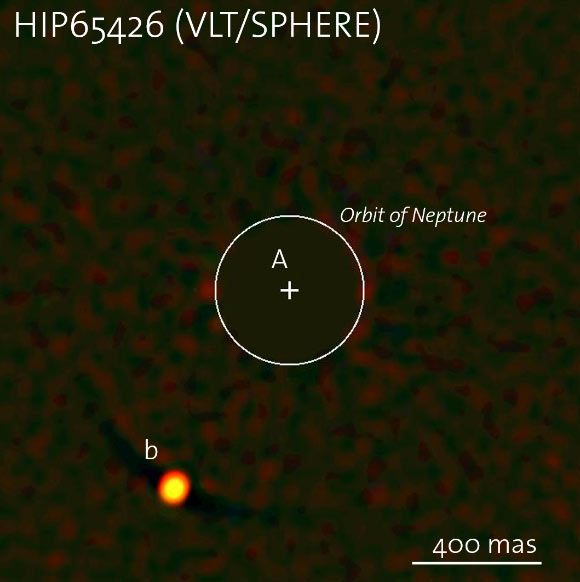