The Obelisk simulation: galaxies contribute more than AGN to HI reionization of protoclusters

We present the Obelisk project, a cosmological radiation-hydrodynamics simulation following the assembly and reionization of a protocluster progenitor during the first two billions of years from the big bang, down to $z = 3.5$. The simulation resolves haloes down to the atomic cooling limit, and tracks the contribution of different sources of ionization: stars, active galactic nuclei, and collisions. The Obelisk project is designed specifically to study the coevolution of high redshift galaxies and quasars in an environment favouring black hole growth. In this paper, we establish the relative contribution of these two sources of radiation to reionization and their respective role in establishing and maintaining the high redshift ionizing background. Our volume is typical of an overdense region of the Universe and displays star formation rate and black hole accretion rate densities similar to high redshift protoclusters. We find that hydrogen reionization happens inside-out and is completed by $z \sim 6$ in our overdensity, and is predominantly driven by galaxies, while accreting black holes only play a role at $z \sim 4$. 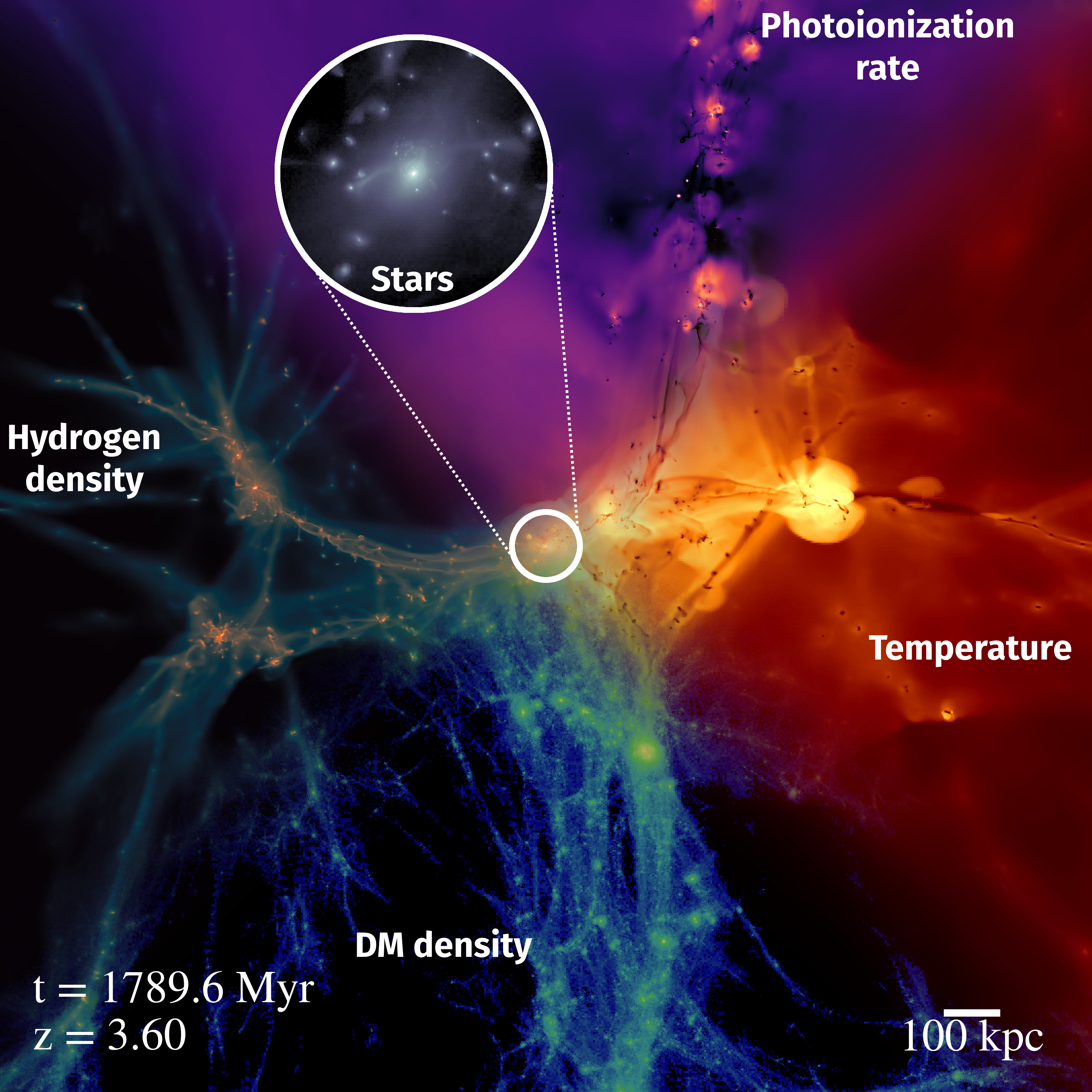