HR 6819 was recently claimed to be a hierarchical triple system of a Be star in a wide orbit around an inner binary system of a black hole (BH) and a B III type star. We argue that this system is unlikely to be a hierarchical triple for three reasons. (I) Given that this system is discovered in a magnitude-limited Bright Star Catalog, the expected number of such systems in the Milky Way (MW) amounts to about 104, while the estimate for the MW budget for such systems is between 102 and 103 systems under generous assumptions. Such a large gap cannot be reconciled as it would otherwise likely overflow the MW budget for BHs. (II) The dynamical stability of this system sets lower bounds on the orbital separation of the outer Be star, while it not being resolved by Gaia places an upper limit on its projected sky separation. We show that these two constraints would imply a narrow range for the outer orbit without resorting to geometrical fine-tuning. (III) The triple system should have survived the stellar evolution prior to the formation of the BH in the inner binary. We perform numerical simulations starting with conservative initial conditions of this system and show that a small parameter space for BH progenitor star's mass loss, BH natal kicks, and initial orbital separation can reproduce HR 6819. Therefore, we propose this system is a chance superposition of a Be star with a binary. 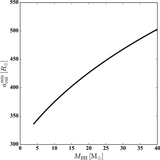