Re-analysis of the 267 GHz ALMA observations of Venus. No statistically significant detection of phosphine

Context. ALMA observations of Venus at 267 GHz that show the apparent presence of phosphine (PH3) in its atmosphere have been presented in the literature. Phosphine currently has no evident production routes on the planet's surface or in its atmosphere.
Aims: The aim of this work is to assess the statistical reliability of the line detection via independent re-analysis of the ALMA data.
Methods: The ALMA data were reduced the same way as in the published study, following the provided scripts. First, the spectral analysis presented in the study was reproduced and assessed. Subsequently, the spectrum, including its dependence on selected ALMA baselines, was statistically evaluated.
Results: We find that the 12th-order polynomial fit to the spectral passband utilised in the published study leads to spurious results. Following their recipe, five other > 10σ lines can be produced in absorption or emission within 60 km s-1 from the PH3 1-0 transition frequency by suppressing the surrounding noise. Our independent analysis shows a feature near the PH3 frequency at a ∼2σ level, below the common threshold for statistical significance. Since the spectral data have a non-Gaussian distribution, we consider a feature at such level as statistically unreliable, which cannot be linked to a false positive probability.
Conclusions: We find that the published 267 GHz ALMA data provide no statistical evidence for phosphine in the atmosphere of Venus.

Since the publication of GRB20, the authors alerted us about an update in the ALMA data processing script and made the new script available. In parallel, the data available in the ALMA Science Archive are undergoing (so-called QA3) reprocessing to include the same correction. The resulting reprocessed data no longer contain the strong ripples that GRB20 report and that we also find, for example as manifested in the non-Gaussian noise distribution. In these reprocessed data, we do not find a clear absorption feature that can be attributed to PH3, although further exploration of these data is necessary to analyse this in more detail. 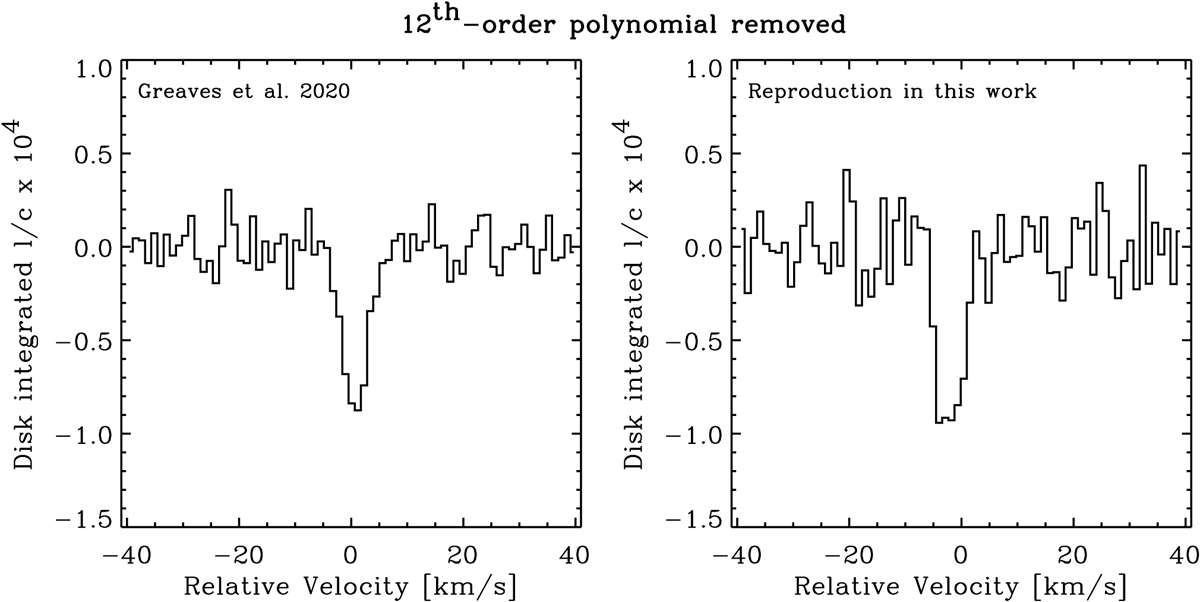