Mapping the stellar age of the Milky Way bulge with the VVV. III. High-resolution reddening map

Context. A detailed study of the Galactic bulge stellar population necessarily requires an accurate representation of the interstellar extinction, particularly toward the Galactic plane and center, where severe and differential reddening is expected to vary on sub-arcmin scales. Although recent infrared surveys have addressed this problem by providing extinction maps across the whole Galactic bulge area, dereddened color-magnitude diagrams near the plane and center appear systematically undercorrected, prompting the need for higher resolution. These undercorrections affect any stellar study sensitive to color (e.g., star formation history analyses via color-magnitude diagram fitting), either making them inaccurate or limiting them to small and relatively stable extinction windows where this value is low and better constrained.
Aims: This study is aimed at providing a high-resolution (2 arcmin to ∼10 arcsec) color excess map for the VVV bulge area in J - Ks color.
Methods: We used the MW-BULGE-PSFPHOT catalogs, sampling ∼300 deg2 across the Galactic bulge (|l| < 10° and -10° < b < 5°) to isolate a sample of red clump and red giant branch stars, for which we calculated the average J - Ks color in a fine spatial grid in (l, b) space.
Results: We obtained an E(J - Ks) map spanning the VVV bulge area of roughly 300 deg2, with the equivalent of a resolution between ∼1 arcmin for bulge outskirts (l < 6°) to below 20 arcsec within the central |l| < 1°, and below 10 arcsec for the innermost area (|l| < 1° and |b| < 3°). 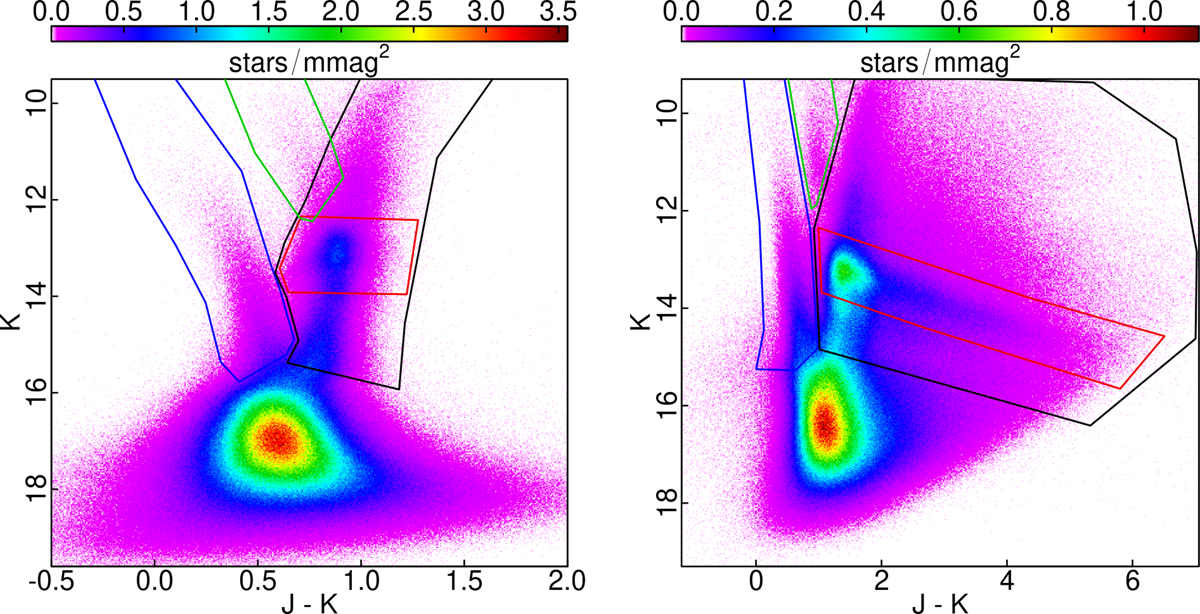