A unique type of oscillation modes has recently been identified in γ Doradus variables. These low-frequency modes are called Rossby modes (or r modes) because they consist of Rossby waves in each spherical layer. These waves are characterised by toroidal motions that are restored by the latitudinal variation in the Coriolis force. The horizontal oscillations are weakly coupled in the radial direction. We show that these modes can be used to probe the interior of the stars. The method of the ν - √Δν diagram, which has originally been developed to analyse another type of modes, Kelvin g-modes (or prograde sectoral g-modes), is extended to take Rossby modes into account. We first show based on a theoretical model and then on two stars, and , that the method can be adapted to Rossby modes straightforwardly. In addition, we demonstrate that simultaneous analysis of Kelvin and Rossby modes results in (1) smaller uncertainties in the internal rotation rate and the characteristic period of gravity modes, and (2) a substantial reduction of the correlation between the estimates of the two parameters. 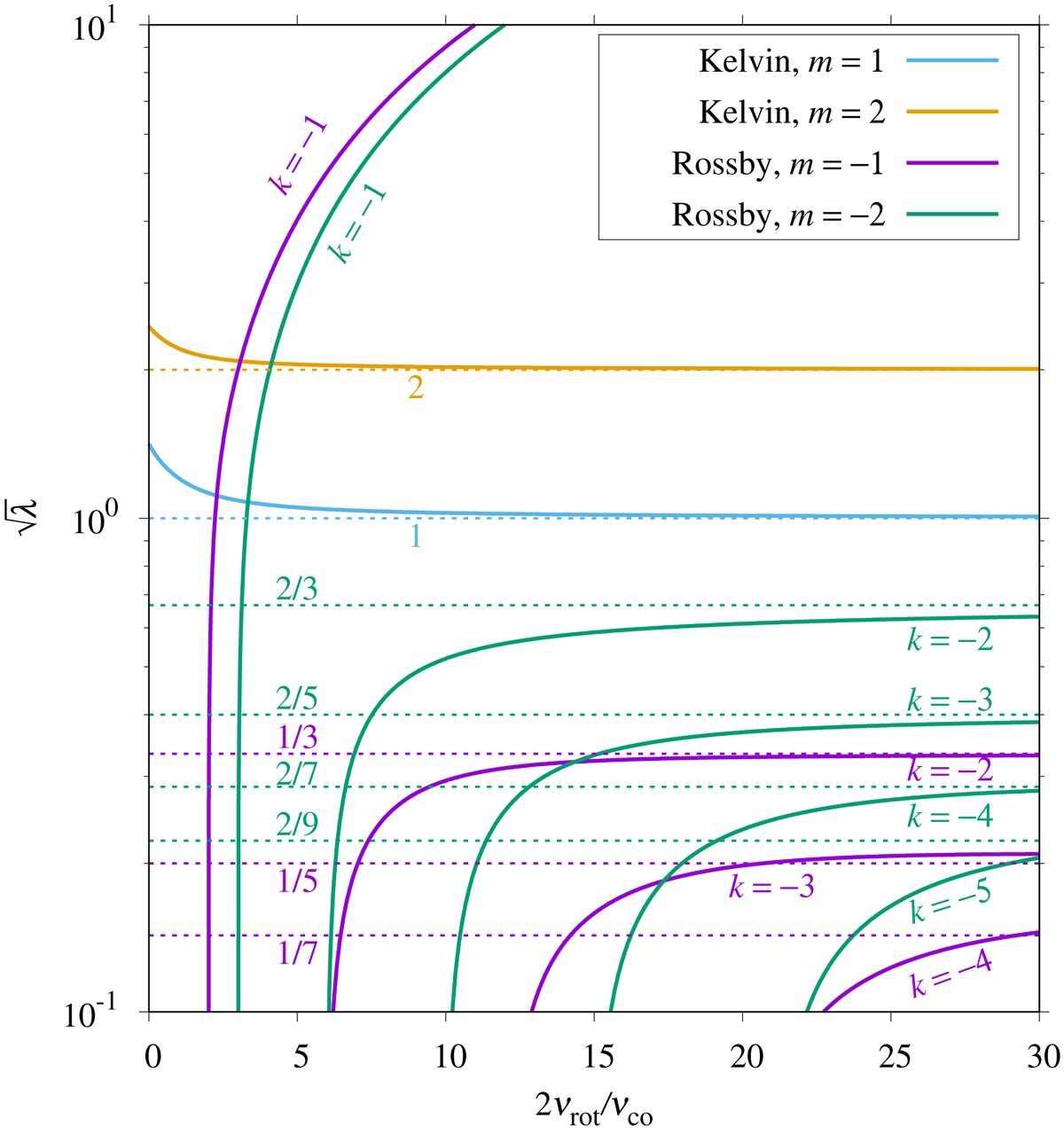