APEX-SEPIA660 Early Science: gas at densities above 107 cm-3 towards OMC-1

Context. The star-formation rates and stellar densities found in young massive clusters suggest that these stellar systems originate from gas at densities of n(H2) > 106 cm-3. Until today, however, the physical characterization of this ultra high density material remains largely unconstrained in observations.
Aims: We investigate the density properties of the star-forming gas in the OMC-1 region located in the vicinity of the Orion Nebula Cluster (ONC).
Methods: We mapped the molecular emission at 652 GHz in OMC-1 as part of the APEX-SEPIA660 Early Science.
Results: We detect bright and extended N2H+ (J = 7-6) line emission along the entire OMC-1 region. Comparisons with previous ALMA data of the (J = 1-0) transition and radiative transfer models indicate that the line intensities observed in this N2H+ (7-6) line are produced by large mass reservoirs of gas at densities n(H2) > 107 cm-3.
Conclusions: The first detection of this N2H+ (7-6) line at parsec-scales demonstrates the extreme density conditions of the star-forming gas in young massive clusters such as the ONC. Our results highlight the unique combination of sensitivity and mapping capabilities of the new SEPIA660 receiver for the study of the ISM properties at high frequencies.

The reduced datacubes are only available at the CDS via anonymous ftp to http://cdsarc.u-strasbg.fr (ftp://130.79.128.5) or via http://cdsarc.u-strasbg.fr/viz-bin/cat/J/A+A/644/A133 This publication is based on data acquired with the Atacama Pathfinder Experiment (APEX). APEX is a collaboration between the Max-Planck-Institut fur Radioastronomie, the European Southern Observatory, and the Onsala Space Observatory. 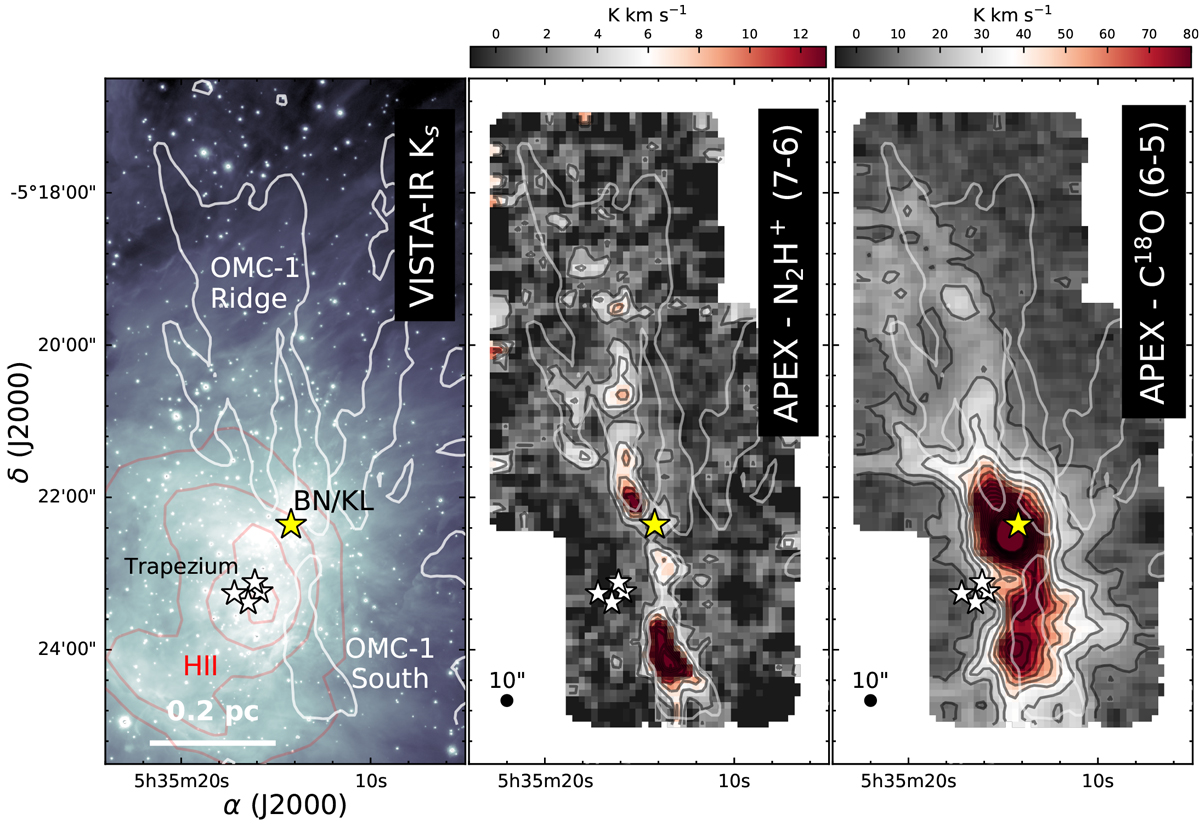