The CARMENES search for exoplanets around M dwarfs. LP 714-47 b (TOI 442.01): populating the Neptune desert

We report the discovery of a Neptune-like planet (LP 714-47 b, P = 4.05204 d, mb = 30.8 ± 1.5M⊕, Rb = 4.7 ± 0.3 R⊕) located in the "hot Neptune desert". Confirmation of the TESS Object of Interest (TOI 442.01) was achieved with radial-velocity follow-up using CARMENES, ESPRESSO, HIRES, iSHELL, and PFS, as well as from photometric data using TESS, Spitzer, and ground-based photometry from MuSCAT2, TRAPPIST-South, MONET-South, the George Mason University telescope, the Las Cumbres Observatory Global Telescope network, the El Sauce telescope, the TÜBİTAK National Observatory, the University of Louisville Manner Telescope, and WASP-South. We also present high-spatial resolution adaptive optics imaging with the Gemini Near-Infrared Imager. The low uncertainties in the mass and radius determination place LP 714-47 b among physically well-characterised planets, allowing for a meaningful comparison with planet structure models. The host star LP 714-47 is a slowly rotating early M dwarf (Teff = 3950 ± 51 K) with a mass of 0.59 ± 0.02M⊙ and a radius of 0.58 ± 0.02R⊙. From long-term photometric monitoring and spectroscopic activity indicators, we determine a stellar rotation period of about 33 d. The stellar activity is also manifested as correlated noise in the radial-velocity data. In the power spectrum of the radial-velocity data, we detect a second signal with a period of 16 days in addition to the four-day signal of the planet. This could be shown to be a harmonic of the stellar rotation period or the signal of a second planet. It may be possible to tell the difference once more TESS data and radial-velocity data are obtained.

RV data are only available at the CDS via anonymous ftp to http://cdsarc.u-strasbg.fr (ftp://130.79.128.5) or via http://cdsarc.u-strasbg.fr/viz-bin/cat/J/A+A/644/A127 Based on observations carried out at the Centro Astronómico Hispano Alemán (CAHA) at Calar Alto, operated jointly by the Junta de Andalucía and the Instituto de Astrofísica de Andalucía (CSIC), on observations carried out at the European Southern Observatory under ESO programme 0103.C-0152(A), and data collected with the 6.5 m Magellan Telescopes located at Las Campanas Observatory, Chile. 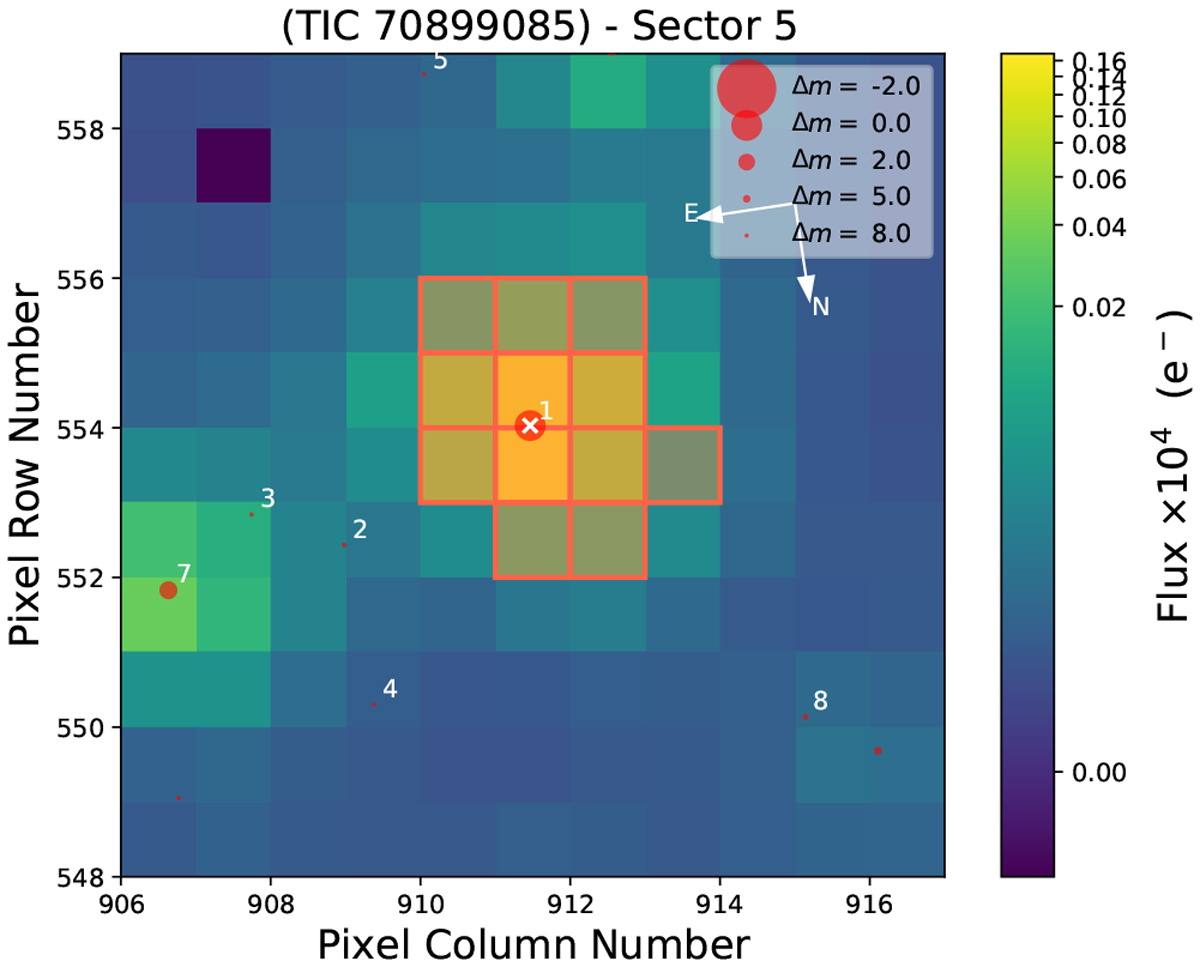