Power spectrum of turbulent convection in the solar photosphere

The solar photosphere provides us with a laboratory for understanding turbulence in a layer where the fundamental processes of transport vary rapidly and a strongly superadiabatic region lies very closely to a subadiabatic layer. Our tools for probing the turbulence are high-resolution spectropolarimetric observations such as have recently been obtained with the two balloon-borne SUNRISE missions, and numerical simulations. Our aim is to study photospheric turbulence with the help of Fourier power spectra that we compute from observations and simulations. We also attempt to explain some properties of the photospheric overshooting flow with the help of its governing equations and simulations. We find that quiet-Sun observations and smeared simulations are consistent with each other and exhibit a power-law behavior in the subgranular range of their Doppler velocity power spectra with a power-law index of ≈ - 2. The unsmeared simulations exhibit a power law that extends over the full range between the integral and Taylor scales with a power-law index of ≈ - 2.25. The smearing, reminiscent of observational conditions, considerably reduces the extent of the power-law-like portion of the power spectra. This suggests that the limited spatial resolution in some observations might eventually result in larger uncertainties in the estimation of the power-law indices. The simulated vertical velocity power spectra as a function of height show a rapid change in the power-law index (at the subgranular range) from roughly the optical depth unity layer, that is, the solar surface, to 300 km above it. We propose that the cause of the steepening of the power-law index is the transition from a super- to a subadiabatic region, in which the dominant source of motions is overshooting convection. A scale-dependent transport of the vertical momentum occurs. At smaller scales, the vertical momentum is more efficiently transported sideways than at larger scales. This results in less vertical velocity power transported upward at small scales than at larger scales and produces a progressively steeper vertical velocity power law below 180 km. Above this height, the gravity work progressively gains importance at all relevant scales, making the atmosphere progressively more hydrostatic and resulting in a gradually less steep power law. Radiative heating and cooling of the plasma is shown to play a dominant role in the plasma energetics in this region, which is important in terms of nonadiabatic damping of the convective motions. 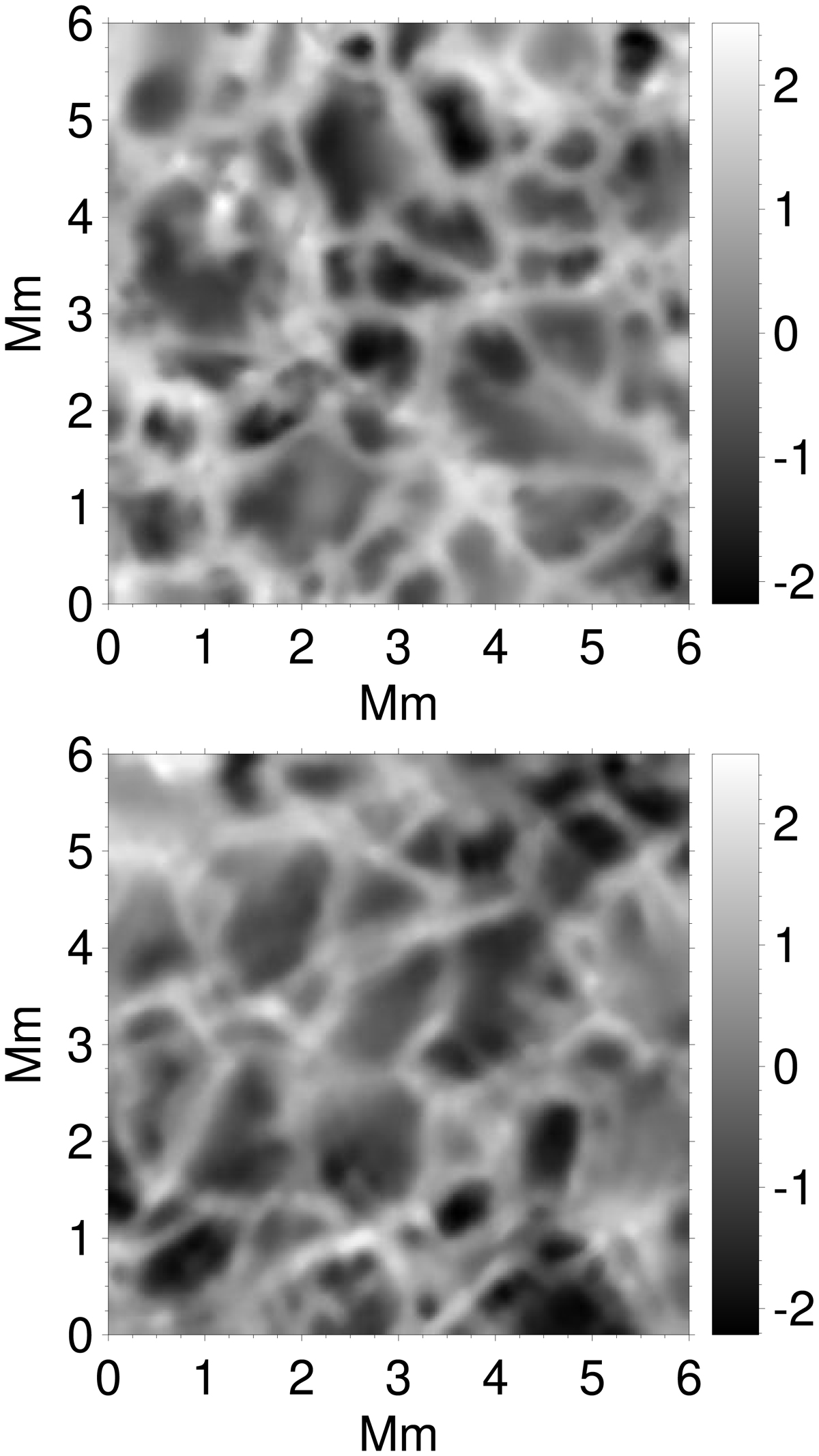