We report on the detection of hot CO2 in the O-rich asymptotic giant branch star R Leo based on high spectral resolution observations in the range 12.8-14.3 μm carried out with the Echelon-cross-Echelle Spectrograph (EXES) mounted on the Stratospheric Observatory for Infrared Astronomy (SOFIA). We found ≃240 CO2 emission lines in several vibrational bands. These detections were possible thanks to a favorable Doppler shift that allowed us to avoid contamination from telluric CO2 features. The highest excitation lines involve levels at an energy of ≃7000 K. The detected lines are narrow (average deconvolved width ≃2.5 km s-1) and weak (usually ≲10% the continuum). A ro-vibrational diagram shows that there are three different populations, warm, hot, and very hot, with rotational temperatures of ≃550, 1150, and 1600 K, respectively. From this diagram, we derived a lower limit for the column density of ≃2.2 × 1016 cm-2. Further calculations based on a model of the R Leo envelope suggest that the total column density can be as large as 7.0 × 1017 cm-2 and the abundance with respect to H2 ≃2.5 × 10-5. The detected lines are probably formed due to the de-excitation of CO2 molecules from high energy vibrational states, which are essentially populated by the strong R Leo continuum at 2.7 and 4.2 μm. 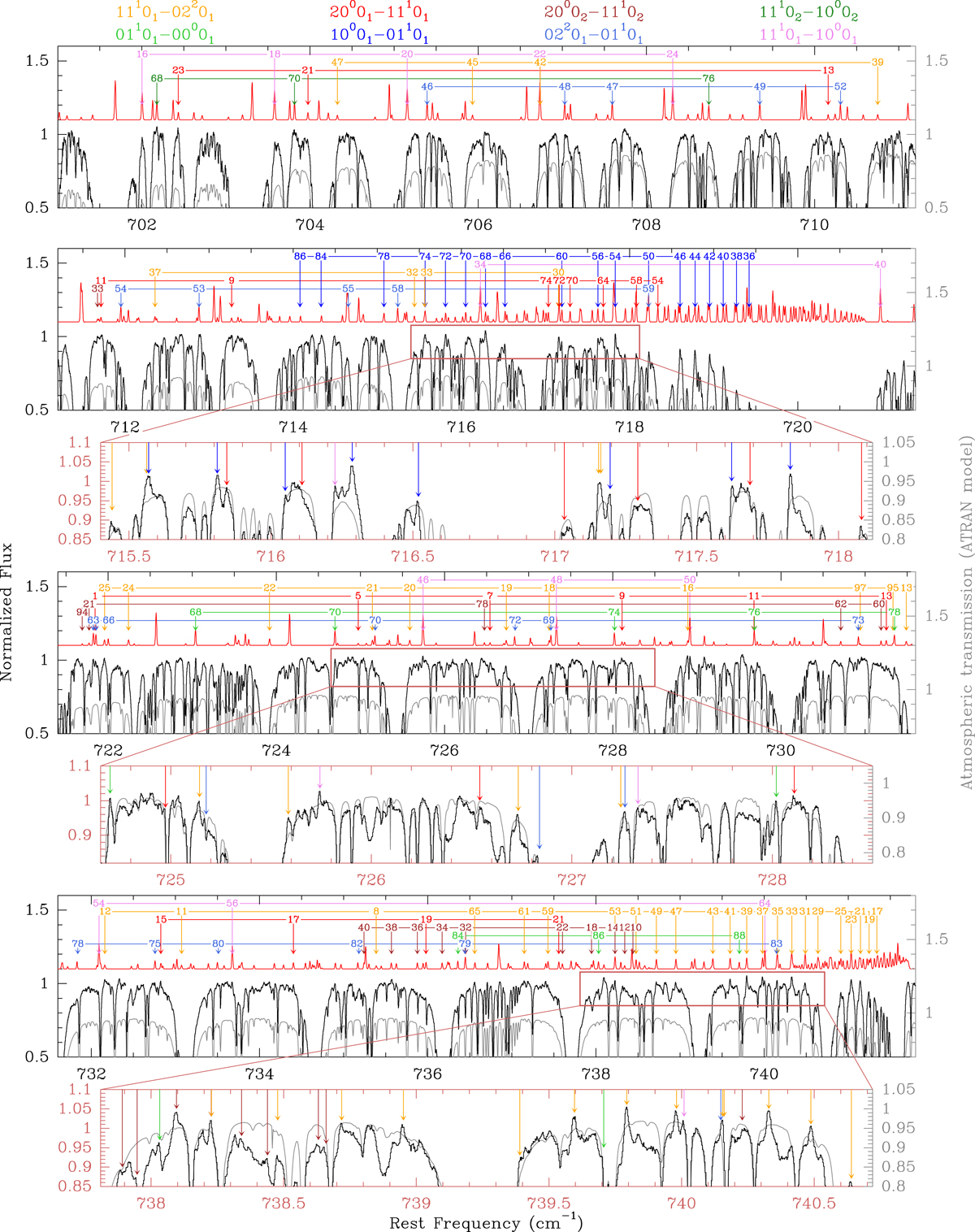