The solar gravitational redshift from HARPS-LFC Moon spectra⋆. A test of the general theory of relativity

Context. The general theory of relativity predicts the redshift of spectral lines in the solar photosphere as a consequence of the gravitational potential of the Sun. This effect can be measured from a solar disk-integrated flux spectrum of the Sun's reflected light on Solar System bodies.
Aims: The laser frequency comb (LFC) calibration system attached to the HARPS spectrograph offers the possibility of performing an accurate measurement of the solar gravitational redshift (GRS) by observing the Moon or other Solar System bodies. Here, we analyse the line shift observed in Fe absorption lines from five high-quality HARPS-LFC spectra of the Moon.
Methods: We selected an initial sample of 326 photospheric Fe lines in the spectral range between 476-585 nm and measured their line positions and equivalent widths (EWs). Accurate line shifts were derived from the wavelength position of the core of the lines compared with the laboratory wavelengths of Fe lines. We also used a CO5BOLD 3D hydrodynamical model atmosphere of the Sun to compute 3D synthetic line profiles of a subsample of about 200 spectral Fe lines centred at their laboratory wavelengths. We fit the observed relatively weak spectral Fe lines (with EW< 180 mÅ) with the 3D synthetic profiles.
Results: Convective motions in the solar photosphere do not affect the line cores of Fe lines stronger than about ∼150 mÅ. In our sample, only 15 Fe I lines have EWs in the range 150< EW(mÅ) < 550, providing a measurement of the solar GRS at 639 ± 14 m s-1, which is consistent with the expected theoretical value on Earth of ∼633.1 m s-1. A final sample of about 97 weak Fe lines with EW < 180 mÅ allows us to derive a mean global line shift of 638 ± 6 m s-1, which is in agreement with the theoretical solar GRS.
Conclusions: These are the most accurate measurements of the solar GRS obtained thus far. Ultrastable spectrographs calibrated with the LFC over a larger spectral range, such as HARPS or ESPRESSO, together with a further improvement on the laboratory wavelengths, could provide a more robust measurement of the solar GRS and further testing of 3D hydrodynamical models. 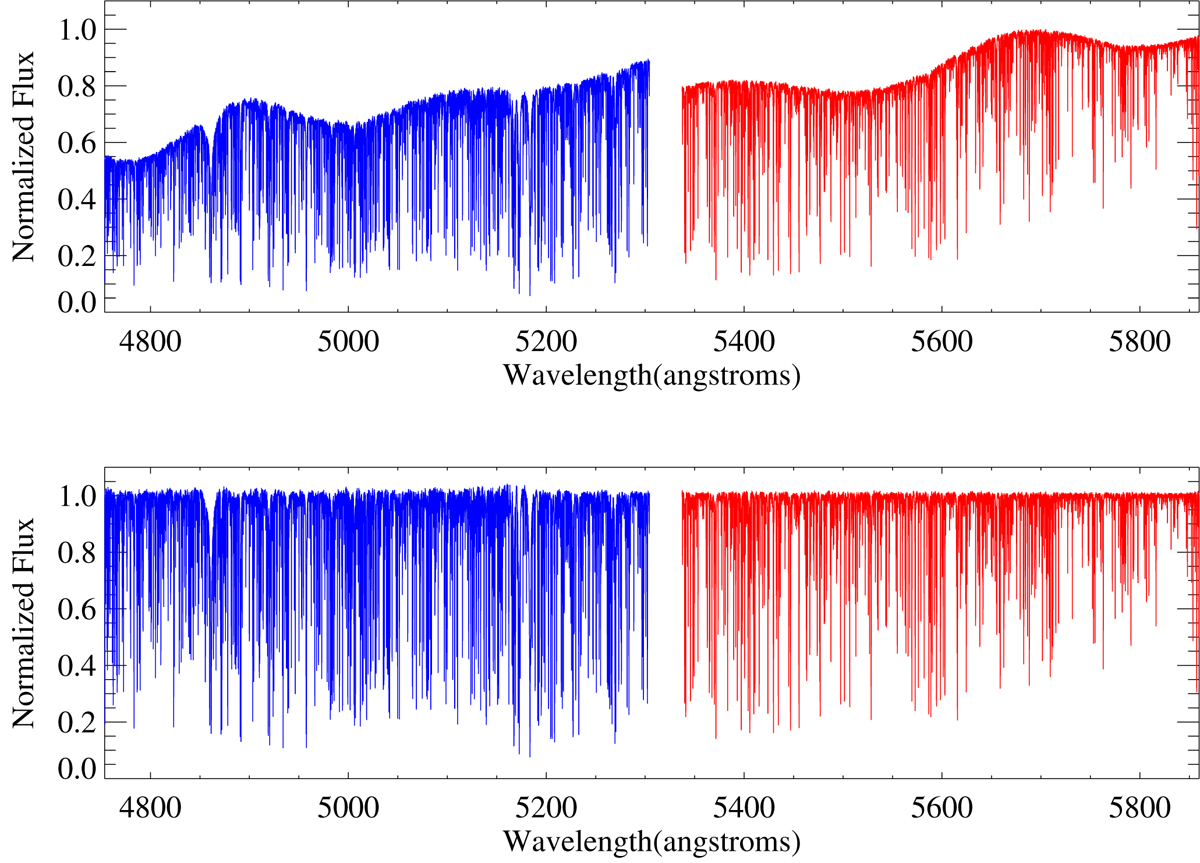