Discovery of new stellar groups in the Orion complex. Towards a robust unsupervised approach

We test the ability of two unsupervised machine learning algorithms, EnLink and Shared Nearest Neighbor (SNN), to identify stellar groupings in the Orion star-forming complex as an application to the 5D astrometric data from Gaia DR2. The algorithms represent two distinct approaches to limiting user bias when selecting parameter values and evaluating the relative weights among astrometric parameters. EnLink adopts a locally adaptive distance metric and eliminates the need for parameter tuning through automation. The original SNN relies only on human input for parameter tuning so we modified SNN to run in two stages. We first ran the original SNN 7000 times, each with a randomly generated sample according to within-source co-variance matrices provided in Gaia DR2 and random parameter values within reasonable ranges. During the second stage, we modified SNN to identify the most repeating stellar groups from the 25 798 we obtained in the first stage. We recovered 22 spatially and kinematically coherent groups in the Orion complex, 12 of which were previously unknown. The groups show a wide distribution of distances extending as far as about 150 pc in front of the star-forming Orion molecular clouds, to about 50 pc beyond them, where we, unexpectedly, find several groups. Our results reveal the wealth of sub-structure in the OB association, within and beyond the classical Blaauw Orion OBI sub-groups. A full characterization of the new groups is essential as it offers the potential to unveil how star formation proceeds globally in large complexes such as Orion.

The data and codes used to generate the results in this article can be found at https://github.com/BoquanErwinChen/GaiaDR2_Orion_Dissection 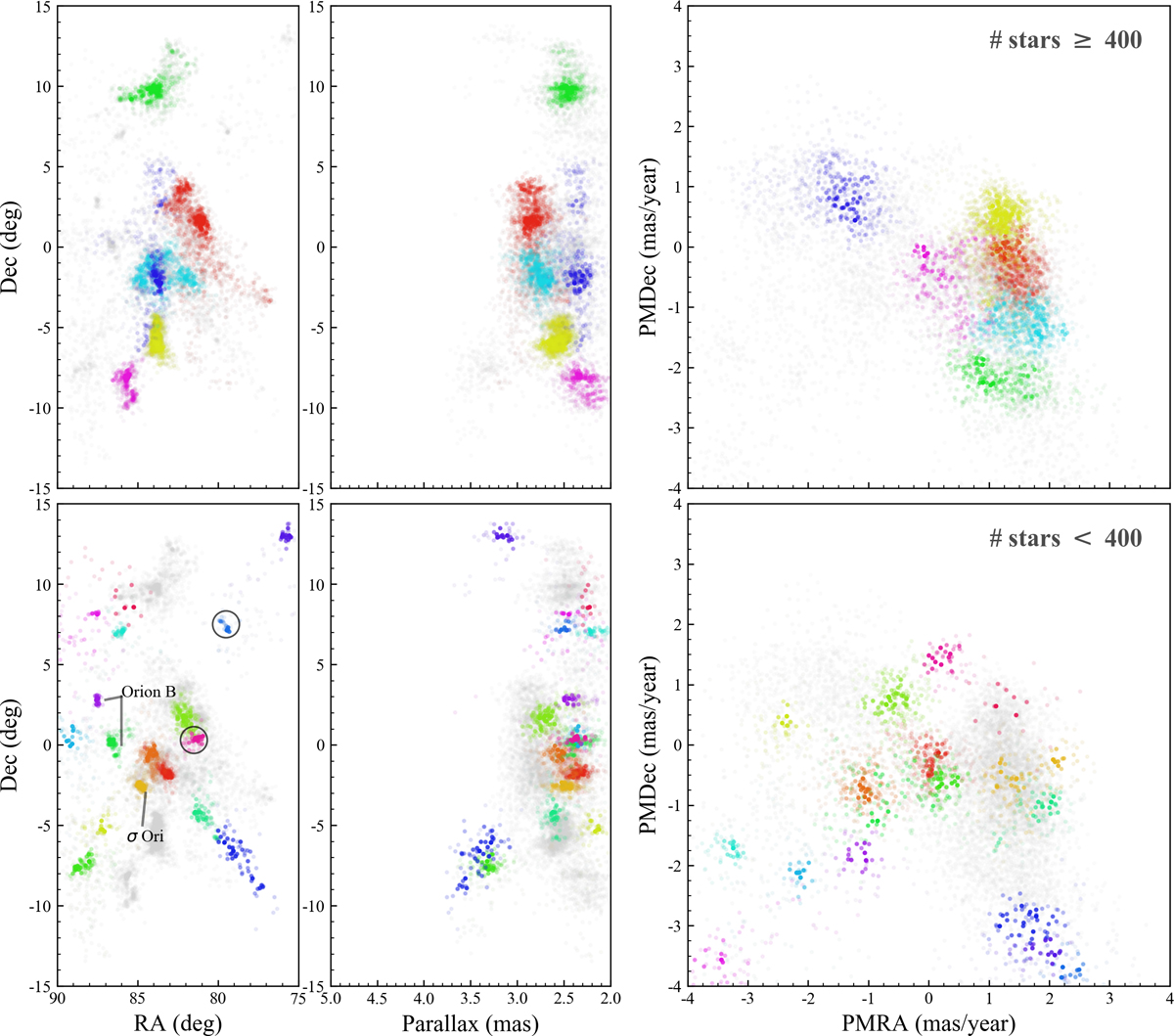