Aims: Star-forming galaxies with nebular He II emission contain very energetic ionizing sources of radiation, which can be considered as analogs to the major contributors of the reionization of the Universe in early epochs. It is therefore of great importance to provide a reliable absolute scale for the equivalent effective temperature (T*) for these sources.
Methods: We study a sample of local (z < 0.2) star-forming galaxies showing optical nebular He II emission using the so-called softness diagrams, involving emission lines of two elements in two consecutive stages of ionization (e.g., [S II]/[S III] vs. [O II]/[O III]). We use for the first time the He I/He II ratio in these diagrams in order to explore the higher range of T* expected in these objects, and to investigate the role of possible mechanisms driving the distribution of galaxy points in these diagrams. We build grids of photoionization models covering different black-body temperatures, model cluster atmospheres, and density-bounded geometries to explain the conditions observed in the sample.
Results: We verified that the use of the softness diagrams including the emission-line ratio He I/He II combined with black-body photoionization models can provide an absolute scale of T* for these objects. The application of a Bayesian-like code indicates T* in the range 50-80 kK for the sample of galaxies, with a mean value higher than 60 kK. The average of these high temperature values can only be reproduced using cluster model populations with nearly metal-free stars, although such ionizing sources cannot explain either the highest T* values, beyond 1σ, or the dispersion observed in the softness diagrams. According to our photoionization models, most sample galaxies could be affected to some extent by ionizing photon leaking, presenting a mean photon absorption fraction of 26% or higher depending on the metallicity assumed for the ionizing cluster. The entire range of He I/He II, [S II]/[S III], and [O II]/[O III] ratios for these HeII-emitting galaxies is reproduced with our models, combining nearly metal-free ionizing clusters and photon leaking under different density-bounded conditions. 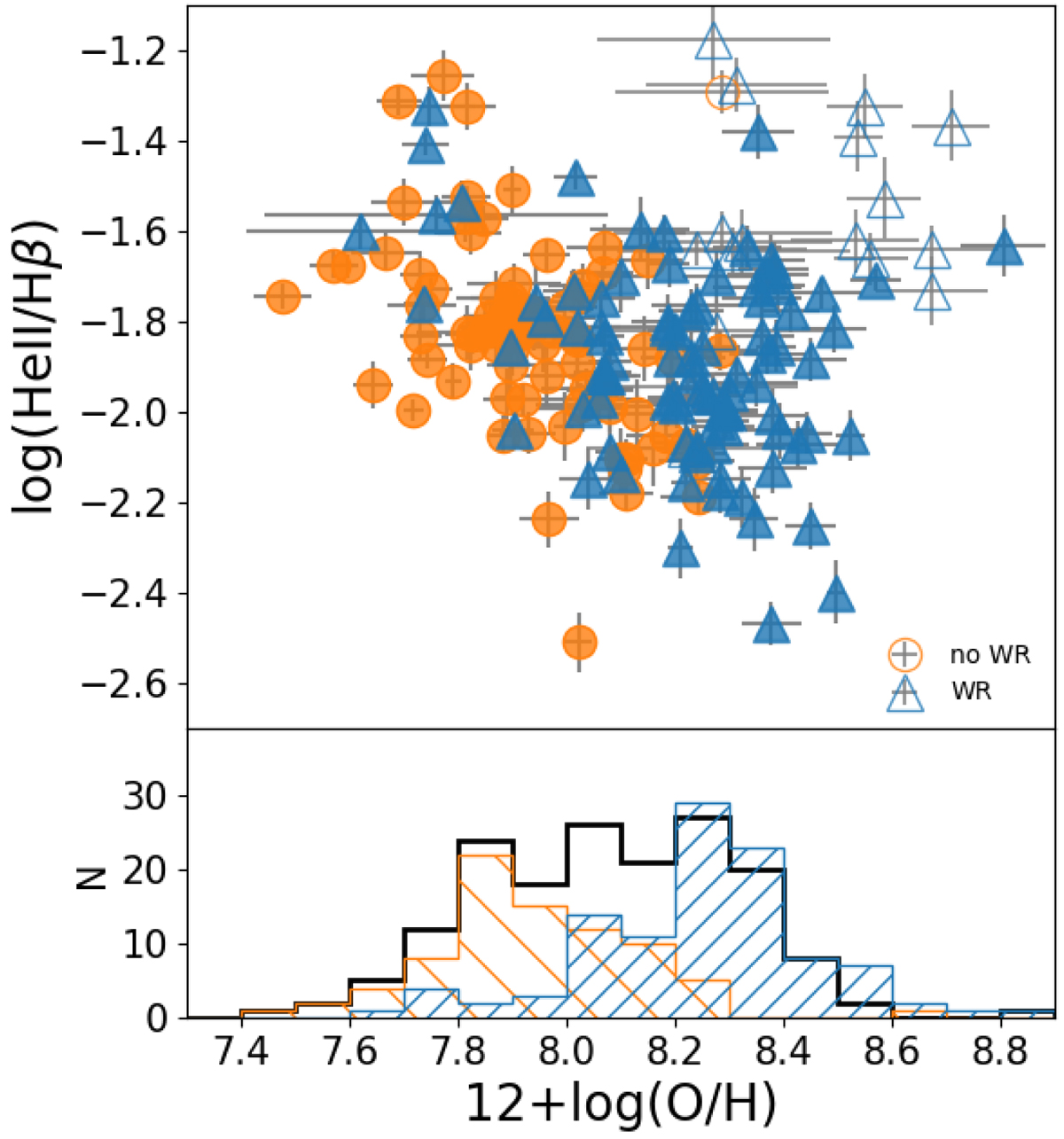