Context. The mechanism(s) behind coronal heating still elude(s) direct observation and modelling of viable theoretical processes and the subsequent effect on coronal structures is one of the key tools available to assess possible heating mechanisms. Wave heating via the phase mixing of magnetohydrodynamic (MHD) transverse waves has been proposed as a possible way to convert magnetic energy into thermal energy, but MHD models increasingly suggest this is not an efficient enough mechanism.
Aims: We modelled heating by phase mixing transverse MHD waves in various configurations in order to investigate whether certain circumstances can enhance the heating sufficiently to sustain the million degree solar corona and to assess the impact of the propagation and phase mixing of transverse MHD waves on the structure of the boundary shell of coronal loops.
Methods: We used 3D MHD simulations of a pre-existing density enhancement in a magnetised medium and a boundary driver to trigger the propagation of transverse waves with the same power spectrum as measured by the Coronal Multi-Channel Polarimeter. We consider different density structures, boundary conditions at the non-drive footpoint, characteristics of the driver, and different forms of magnetic resistivity.
Results: We find that different initial density structures significantly affect the evolution of the boundary shell and that some driver configurations can enhance the heating generated from the dissipation of the MHD waves. In particular, drivers coherent on a larger spatial scale and higher dissipation coefficients can generate significant heating, although it is still insufficient to balance the radiative losses in this setup.
Conclusions: We conclude that while phase mixing of transverse MHD waves is unlikely to sustain the thermal structure of the corona, there are configurations that allow for an enhanced efficiency of this mechanism. We provide possible signatures to identify the presence of such configurations, such as the location of where the heating is deposited along the coronal loop.

Movies associated to Figs. 4 and 8 are available at https://www.aanda.org 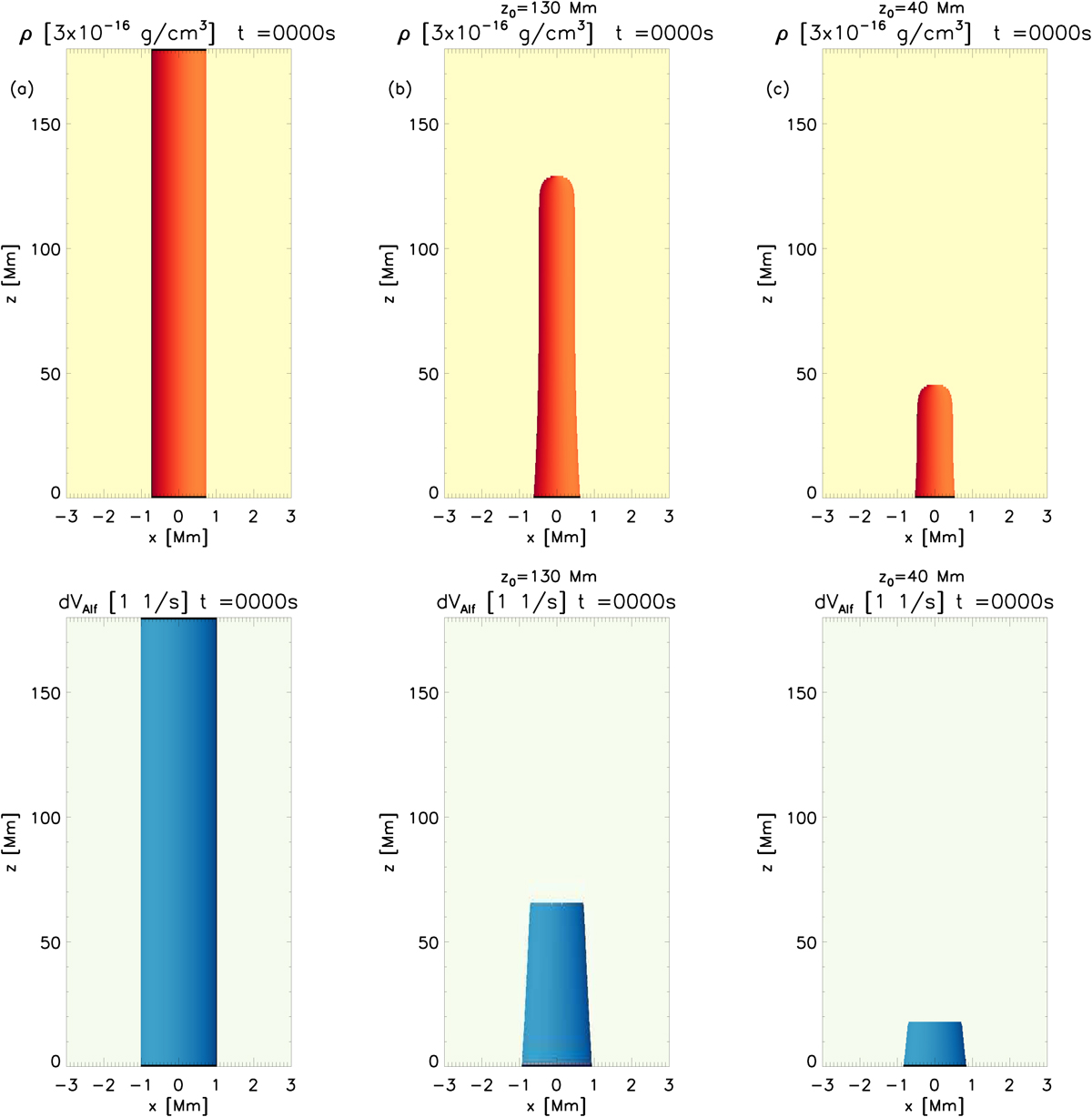