Context. To understand the formation of planetary systems, it is important to understand the initial conditions of planet formation, that is, the young gas-rich planet forming disks. Spatially resolved, high-contrast observations are of particular interest since substructures in disks that are linked to planet formation can be detected. In addition, we have the opportunity to reveal close companions or even planets in formation that are embedded in the disk.
Aims: In this study, we present the first results of the Disk Evolution Study Through Imaging of Nearby Young Stars (DESTINYS), an ESO/SPHERE large program that is aimed at studying disk evolution in scattered light, mainly focusing on a sample of low-mass stars (< 1 M⊙) in nearby (∼200 pc) star-forming regions. In this particular study, we present observations of the ET Cha (RECX 15) system, a nearby "old" classical T Tauri star (5-8 Myr, ∼100 pc), which is still strongly accreting.
Methods: We used SPHERE/IRDIS in the H-band polarimetric imaging mode to obtain high spatial resolution and high-contrast images of the ET Cha system to search for scattered light from the circumstellar disk as well as thermal emission from close companions. We additionally employed VLT/NACO total intensity archival data of the system taken in 2003.
Results: Here, we report the discovery, using SPHERE/IRDIS, of a low-mass (sub)stellar companion to the η Cha cluster member ET Cha. We estimate the mass of this new companion based on photometry. Depending on the system age, it is either a 5 Myr, 50 MJup brown dwarf or an 8 Myr, 0.10 M⊙ M-type, pre-main-sequence star. We explore possible orbital solutions and discuss the recent dynamic history of the system.
Conclusions: Independent of the precise companion mass, we find that the presence of the companion likely explains the small size of the disk around ET Cha. The small separation of the binary pair indicates that the disk around the primary component is likely clearing from the outside in, which explains the high accretion rate of the system. 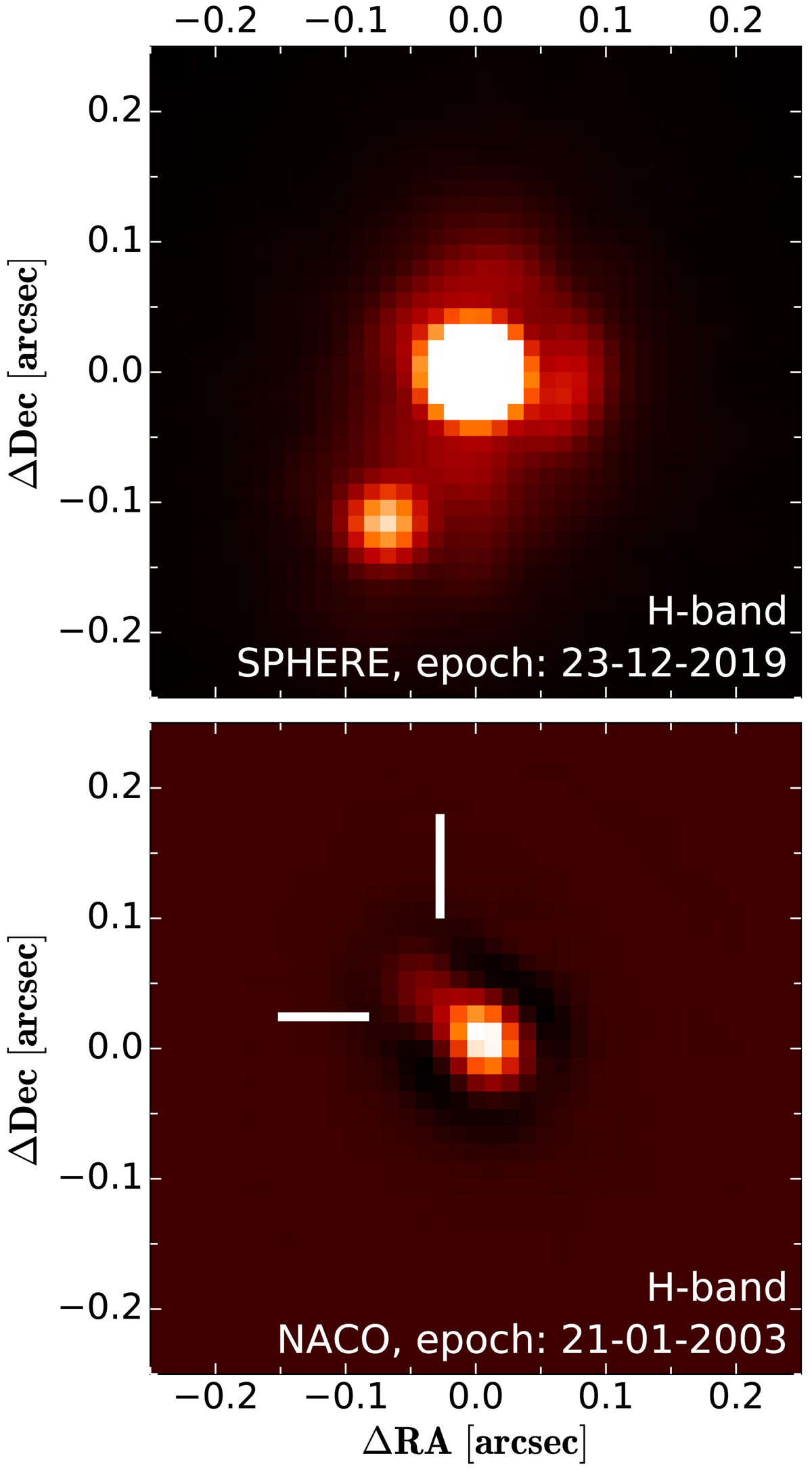