SPIRou is the newest spectropolarimeter and high-precision velocimeter that has recently been installed at the Canada-France-Hawaii Telescope on Maunakea, Hawaii. It operates in the near-infrared and simultaneously covers the 0.98-2.35 μm domain at high spectral resolution. SPIRou is optimized for exoplanet search and characterization with the radial-velocity technique, and for polarization measurements in stellar lines and subsequent magnetic field studies. The host of the transiting hot Jupiter HD 189733 b has been observed during early science runs. We present the first near-infrared spectropolarimetric observations of the planet-hosting star as well as the stellar radial velocities as measured by SPIRou throughout the planetary orbit and two transit sequences. The planetary orbit and Rossiter-McLaughlin anomaly are both investigated and modeled. The orbital parameters and obliquity are all compatible with the values found in the optical. The obtained radial-velocity precision is compatible with about twice the photon-noise estimates for a K2 star under these conditions. The additional scatter around the orbit, of about 8 m s-1, agrees with previous results that showed that the activity-induced scatter is the dominant factor. We analyzed the polarimetric signal, Zeeman broadening, and chromospheric activity tracers such as the 1083nm HeI and the 1282nm Paβ lines to investigate stellar activity. First estimates of the average unsigned magnetic flux from the Zeeman broadening of the FeI lines give a magnetic flux of 290 ± 58 G, and the large-scale longitudinal field shows typical values of a few Gauss. These observations illustrate the potential of SPIRou for exoplanet characterization and magnetic and stellar activity studies.

Based on observations obtained at the Canada-France-Hawaii Telescope (CFHT) which is operated from the summit of Maunakea by the National Research Council of Canada, the Institut National des Sciences de l'Univers of the Centre National de la Recherche Scientifique of France, and the University of Hawaii. Based on observations obtained with SPIRou, an international project led by Institut de Recherche en Astrophysique et Planétologie, Toulouse, France. 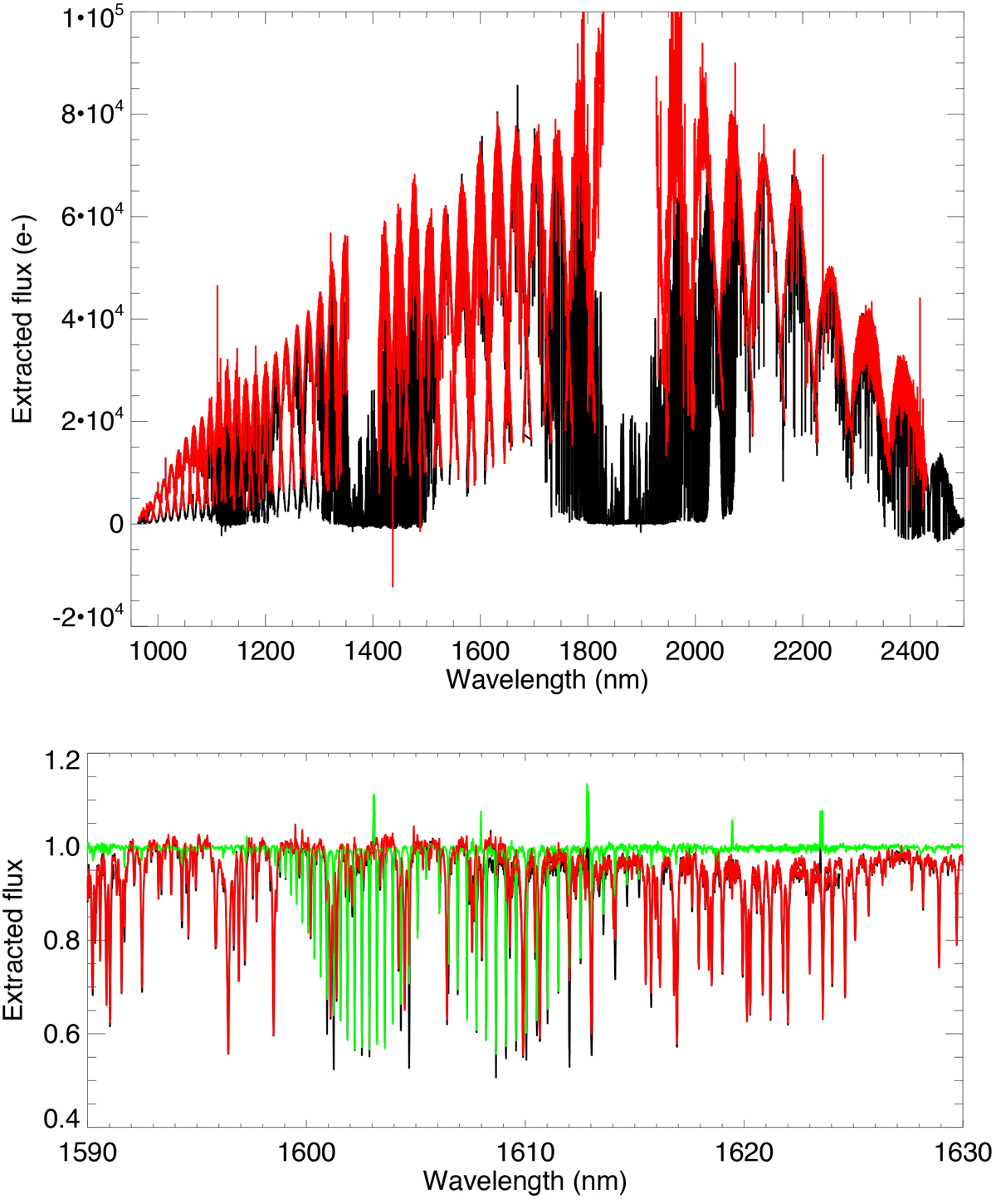