In this paper, we report the discovery of 27 low-surface brightness galaxies, of which 12 are candidates for ultra-diffuse galaxies (UDG) in the Hydra I cluster, based on deep observations taken as part of the VST Early-type Galaxy Survey (VEGAS). This first sample of UDG candidates in the Hydra I cluster represents an important step in our project that aims to enlarge the number of confirmed UDGs and, through study of statistically relevant samples, constrain the nature and formation of UDGs. This study presents the main properties of this class of galaxies in the Hydra I cluster. For all UDGs, we analysed the light and colour distribution, and we provide a census of the globular cluster (GC) systems around them. Given the limitations of a reliable GC selection based on two relatively close optical bands only, we find that half of the UDG candidates have a total GC population consistent with zero. Of the other half, two galaxies have a total population larger than zero at 2σ level. We estimate the stellar mass, the total number of GCs, and the GC specific frequency (SN). Most of the candidates span a range of stellar masses of 107 - 108 M⊙. Based on the GC population of these newly discovered UDGs, we conclude that most of these galaxies have a standard or low dark matter content, with a halo mass of ≤1010 M⊙. 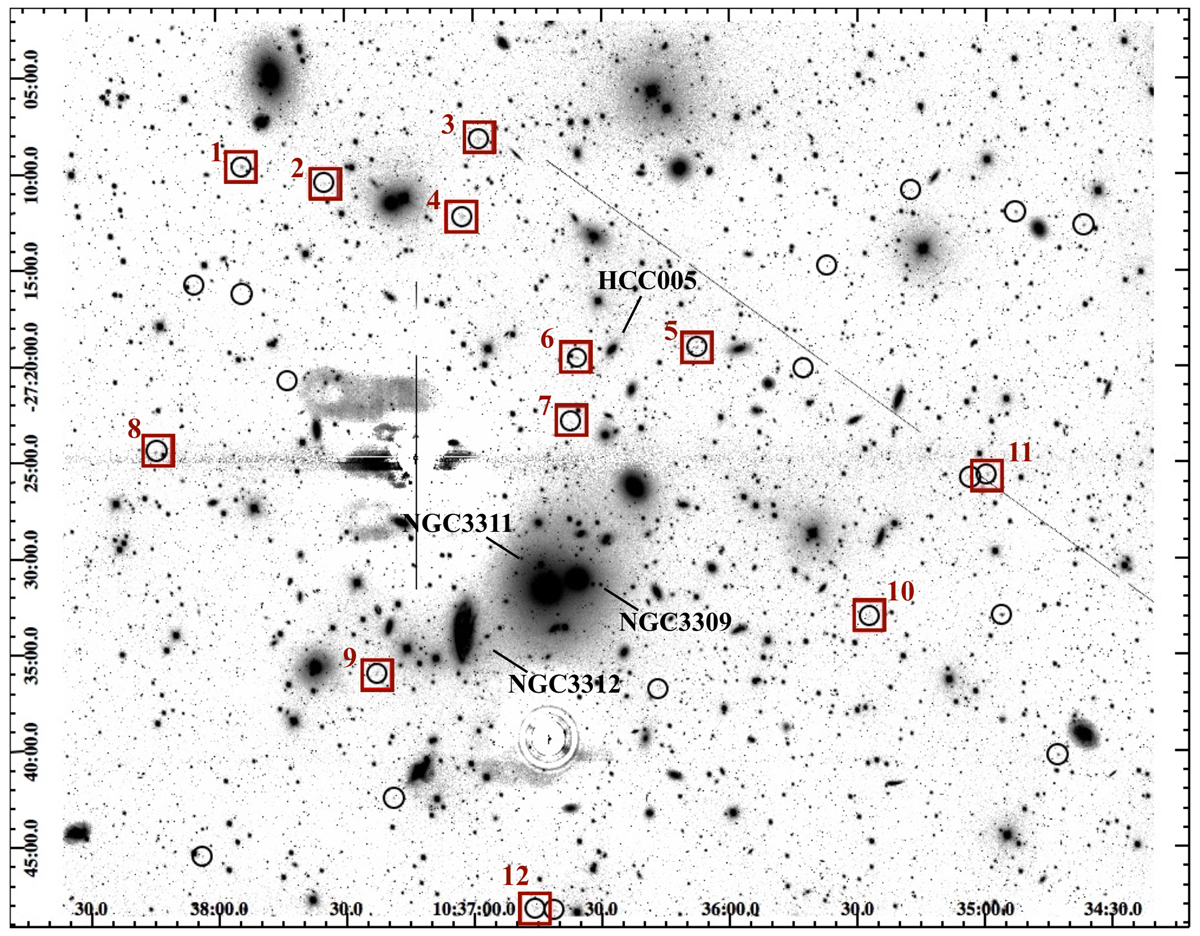