The path to instability in compact multi-planetary systems

The dynamical stability of tightly packed exoplanetary systems remains poorly understood. While a sharp stability boundary exists for a two-planet system, numerical simulations of three-planet systems and higher show that they can experience instability on timescales up to billions of years. Moreover, an exponential trend between the planet orbital separation measured in units of Hill radii and the survival time has been reported. While these findings have been observed in numerous numerical simulations, little is known of the actual mechanism leading to instability. Contrary to a constant diffusion process, planetary systems seem to remain dynamically quiescent for most of their lifetime before a very short unstable phase. In this work, we show how the slow chaotic diffusion due to the overlap of three-body resonances dominates the timescale leading to the instability for initially coplanar and circular orbits. While the last instability phase is related to scattering due to two-planet mean motion resonances (MMRs), for circular orbits the two-planets MMRs are too far separated to destabilise systems initially away from them. The studied mechanism reproduces the qualitative behaviour found in numerical simulations very well. We develop an analytical model to generalise the empirical trend obtained for equal-mass and equally spaced planets to general systems on initially circular orbits. We obtain an analytical estimate of the survival time consistent with numerical simulations over four orders of magnitude for the planet-to-star-mass ratio ɛ, and 6 to 8 orders of magnitude for the instability time. We also confirm that measuring the orbital spacing in terms of Hill radii is not adapted and that the right spacing unit scales as ɛ1/4. We predict that beyond a certain spacing, the three-planet resonances are not overlapped, which results in an increase of the survival time. We confirm these findings with the aid of numerical simulations of three-planet systems with different masses. We finally discuss the extension of our result to more general systems, containing more planets on initially non-circular orbits. 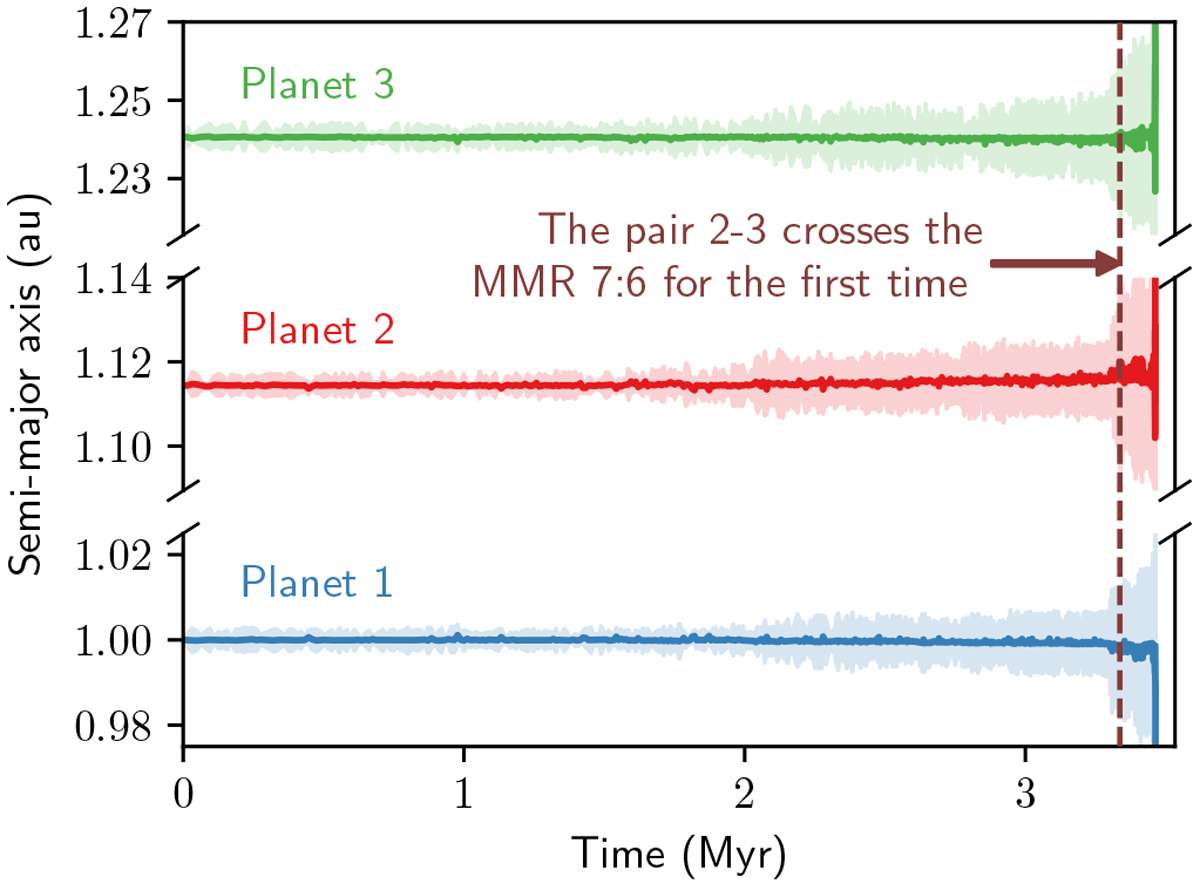