Aims: We announce the discovery of a microlensing planetary system, in which a sub-Saturn planet is orbiting an ultracool dwarf host.
Methods: We detected the planetary system by analyzing the short-timescale (tE ~ 4.4 days) lensing event KMT-2018-BLG-0748. The central part of the light curve exhibits asymmetry due to negative deviations in the rising side and positive deviations in the falling side.
Results: We find that the deviations are explained by a binary-lens model with a mass ratio between the lens components of q ~ 2 × 10-3. The short event timescale, together with the small angular Einstein radius, θE ~ 0.11 mas, indicate that the mass of the planet host is very small. The Bayesian analysis conducted under the assumption that the planet frequency is independent of the host mass indicates that the mass of the planet is Mp = 0.18-0.10+0.29 MJ, and the mass of the host, Mh = 0.087-0.047+0.138 M⊙, is near the star-brown dwarf boundary, but the estimated host mass is sensitive to this assumption about the planet hosting probability. High-resolution follow-up observations would lead to revealing the nature of the planet host. 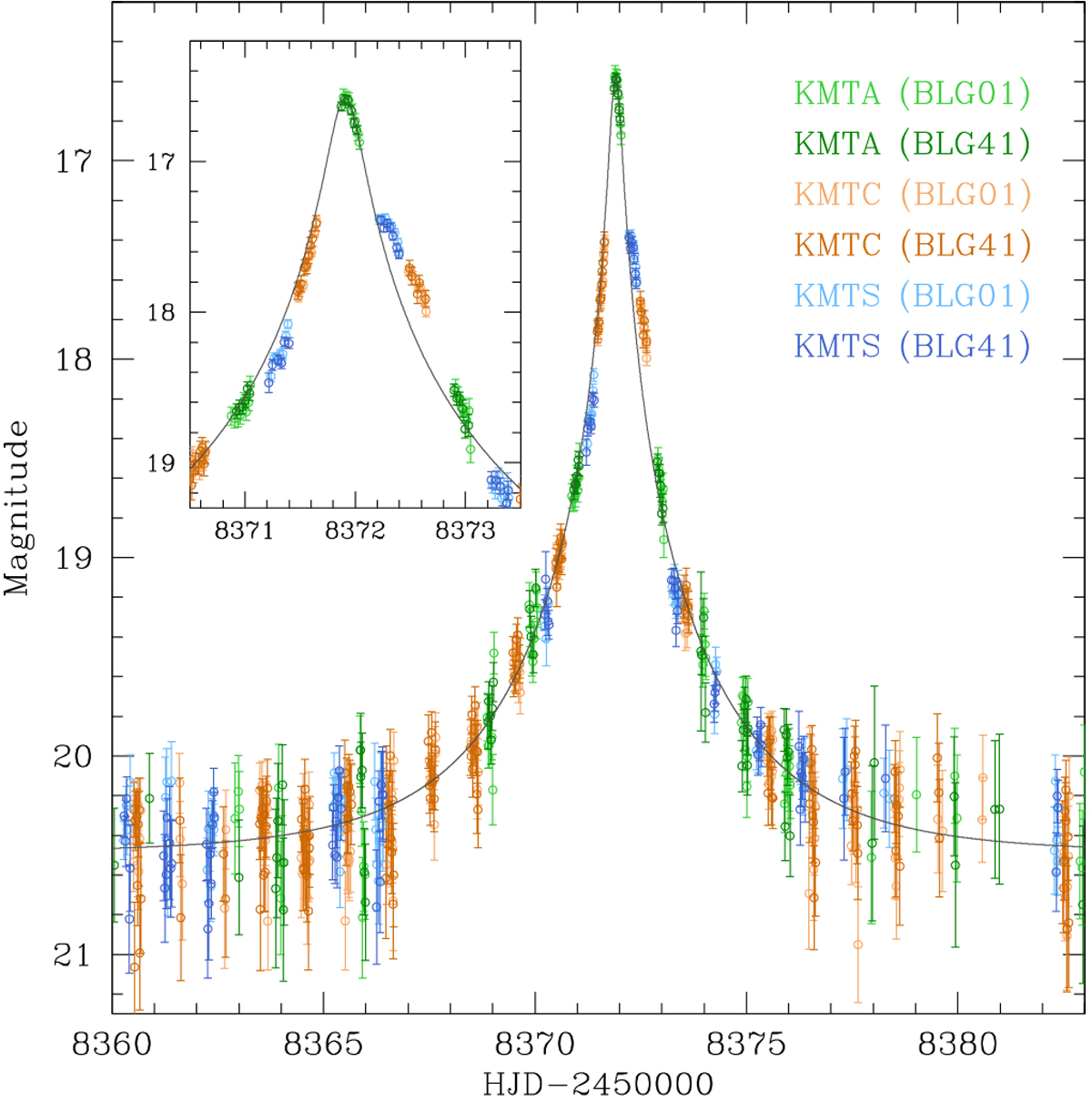