This paper presents the High Frequency Instrument (HFI) data processing procedures for the Planck 2018 release. Major improvements in mapmaking have been achieved since the previous Planck 2015 release, many of which were used and described already in an intermediate paper dedicated to the Planck polarized data at low multipoles. These improvements enabled the first significant measurement of the reionization optical depth parameter using Planck-HFI data. This paper presents an extensive analysis of systematic effects, including the use of end-to-end simulations to facilitate their removal and characterize the residuals. The polarized data, which presented a number of known problems in the 2015 Planck release, are very significantly improved, especially the leakage from intensity to polarization. Calibration, based on the cosmic microwave background (CMB) dipole, is now extremely accurate and in the frequency range 100-353 GHz reduces intensity-to-polarization leakage caused by calibration mismatch. The Solar dipole direction has been determined in the three lowest HFI frequency channels to within one arc minute, and its amplitude has an absolute uncertainty smaller than 0.35 μK, an accuracy of order 10−4. This is a major legacy from the Planck HFI for future CMB experiments. The removal of bandpass leakage has been improved for the main high-frequency foregrounds by extracting the bandpass-mismatch coefficients for each detector as part of the mapmaking process; these values in turn improve the intensity maps. This is a major change in the philosophy of "frequency maps", which are now computed from single detector data, all adjusted to the same average bandpass response for the main foregrounds. End-to-end simulations have been shown to reproduce very well the relative gain calibration of detectors, as well as drifts within a frequency induced by the residuals of the main systematic effect (analogue-to-digital convertor non-linearity residuals). Using these simulations, we have been able to measure and correct the small frequency calibration bias induced by this systematic effect at the 10−4 level. There is no detectable sign of a residual calibration bias between the first and second acoustic peaks in the CMB channels, at the 10−3 level. 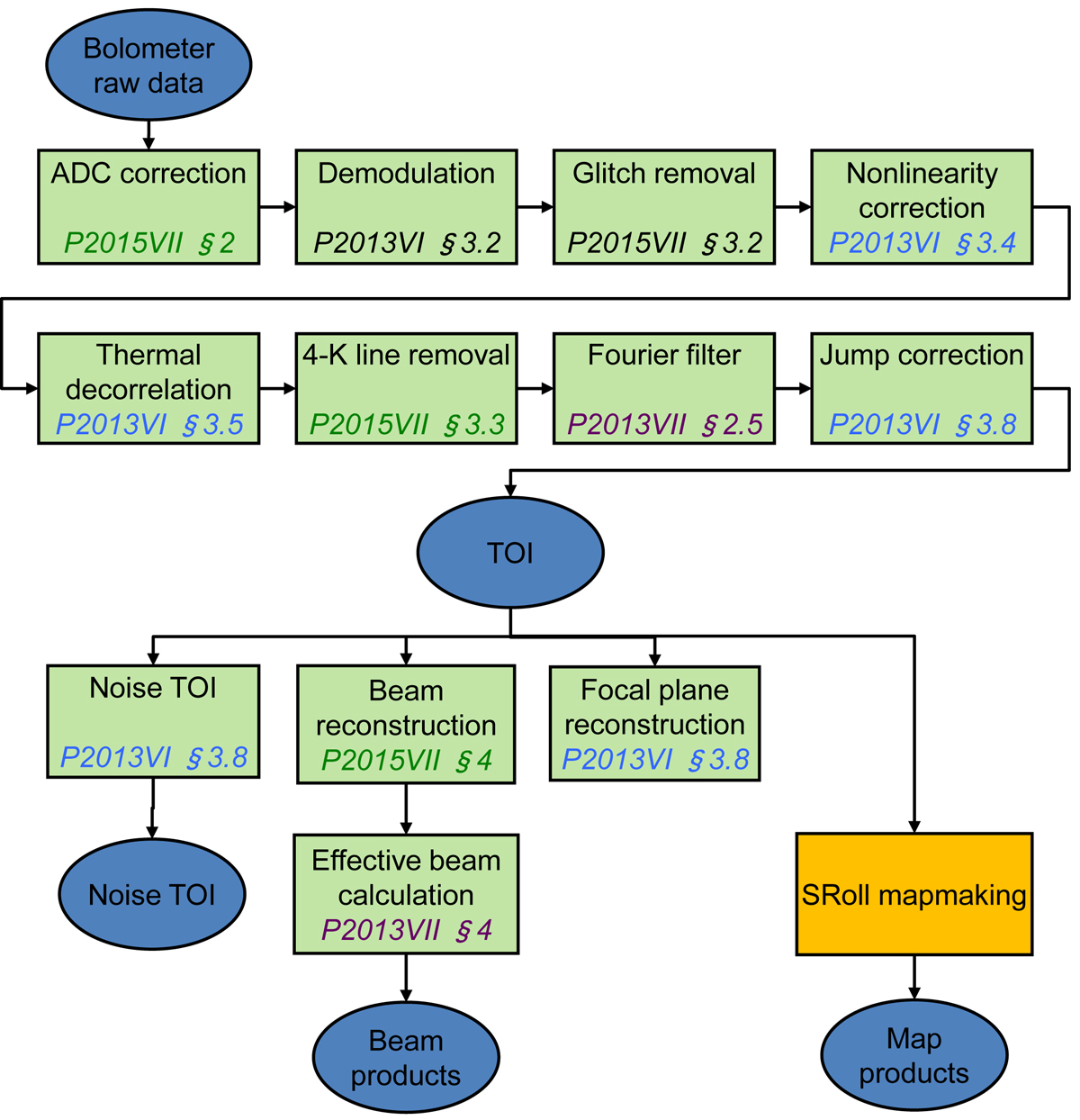