First detection of 13CH in the interstellar medium

In recent years, a plethora of observations with high spectral resolution of sub-millimetre and far-infrared transitions of methylidene (CH), conducted with Herschel and SOFIA, have demonstrated this radical to be a valuable proxy for molecular hydrogen that can be used for characterising molecular gas within the interstellar medium on a Galactic scale, including the CO-dark component. We report the discovery of the 13CH isotopologue in the interstellar medium using the upGREAT receiver on board SOFIA. We have detected the three hyperfine structure components of the ≈2 THz frequency transition from its X2Π1/2 ground-state towards the high-mass star-forming regions Sgr B2(M), G34.26+0.15, W49(N), and W51E and determined 13CH column densities. The ubiquity of molecules containing carbon in the interstellar medium has turned the determination of the ratio between the abundances of the two stable isotopes of carbon, 12C/13C, into a cornerstone for Galactic chemical evolution studies. Whilst displaying a rising gradient with galactocentric distance, this ratio, when measured using observations of different molecules (CO, H2CO, and others), shows systematic variations depending on the tracer used. These observed inconsistencies may arise from optical depth effects, chemical fractionation, or isotope-selective photo-dissociation. Formed from C+ either through UV-driven or turbulence-driven chemistry, CH reflects the fractionation of C+, and does not show any significant fractionation effects, unlike other molecules that were previously used to determine the 12C/13C isotopic ratio. This makes it an ideal tracer for the 12C/13C ratio throughout the Galaxy. By comparing the derived column densities of 13CH with previously obtained SOFIA data of the corresponding transitions of the main isotopologue 12CH, we therefore derive 12C/13C isotopic ratios toward Sgr B2(M), G34.26+0.15, W49(N) and W51E. Adding our values derived from 12/13CH to previous calculations of the Galactic isotopic gradient, we derive a revised value of 12C/13C = 5.87(0.45)RGC + 13.25(2.94). 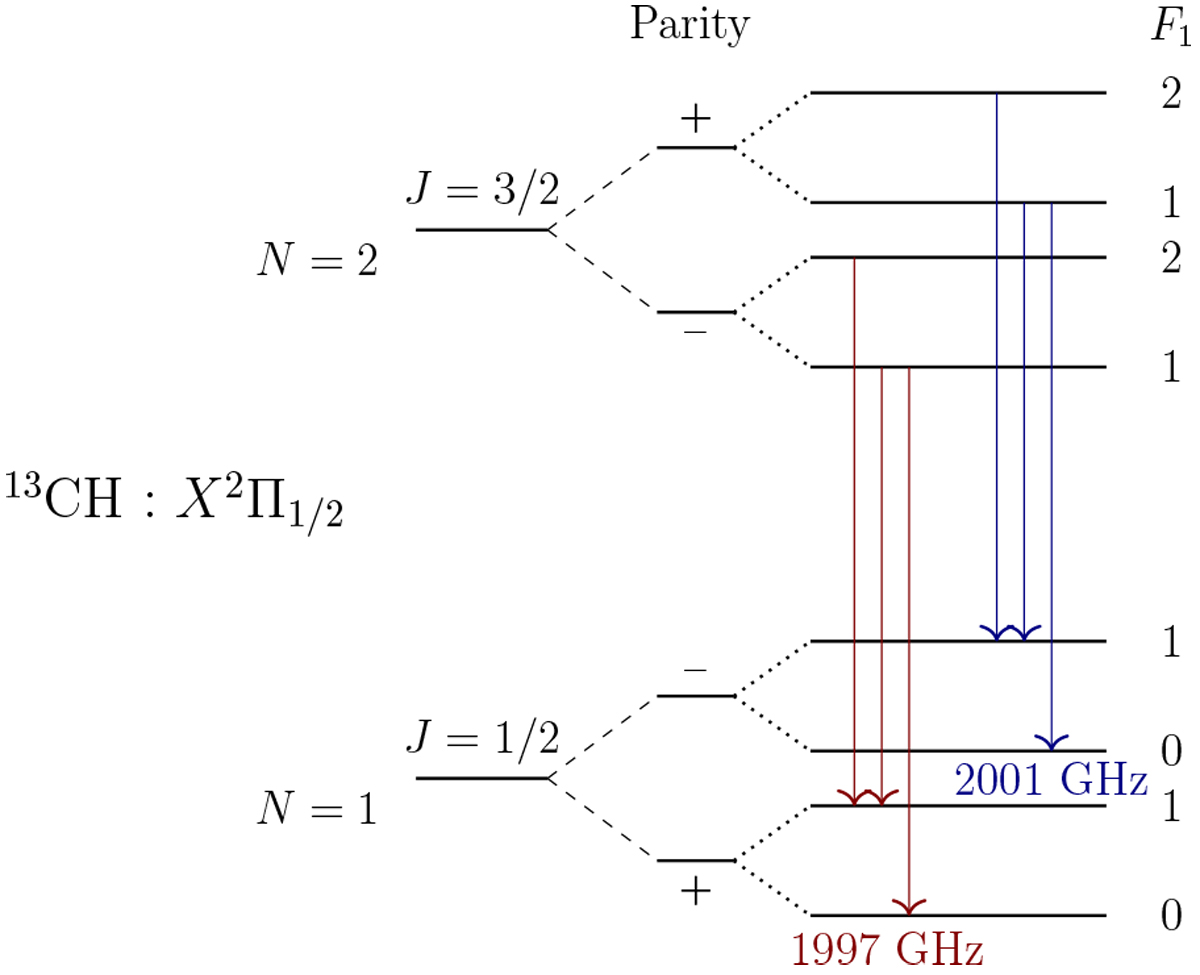