Constraining the masses of high-redshift clusters with weak lensing: Revised shape calibration testing for the impact of stronger shears and increased blending

Weak lensing measurements suffer from well-known shear estimation biases, which can be partially corrected for with the use of image simulations. In this work we present an analysis of simulated images that mimic Hubble Space Telescope/Advance Camera for Surveys observations of high-redshift galaxy clusters, including cluster specific issues such as non-weak shear and increased blending. Our synthetic galaxies have been generated to have similar observed properties as the background-selected source samples studied in the real images. First, we used simulations with galaxies placed on a grid to determine a revised signal-to-noise-dependent (S/NKSB) correction for multiplicative shear measurement bias, and to quantify the sensitivity of our KSB+ bias calibration to mismatches of galaxy or PSF properties between the real data and the simulations. Next, we studied the impact of increased blending and light contamination from cluster and foreground galaxies, finding it to be negligible for high-redshift (z > 0.7) clusters, whereas shear measurements can be affected at the ∼1% level for lower redshift clusters given their brighter member galaxies. Finally, we studied the impact of fainter neighbours and selection bias using a set of simulated images that mimic the positions and magnitudes of galaxies in Cosmic Assembly Near-IR Deep Extragalactic Legacy Survey (CANDELS) data, thereby including realistic clustering. While the initial SExtractor object detection causes a multiplicative shear selection bias of -0.028 ± 0.002, this is reduced to -0.016 ± 0.002 by further cuts applied in our pipeline. Given the limited depth of the CANDELS data, we compared our CANDELS-based estimate for the impact of faint neighbours on the multiplicative shear measurement bias to a grid-based analysis, to which we added clustered galaxies to even fainter magnitudes based on Hubble Ultra Deep Field data, yielding a refined estimate of ∼ - 0.013. Our sensitivity analysis suggests that our pipeline is calibrated to an accuracy of ∼0.015 once all corrections are applied, which is fully sufficient for current and near-future weak lensing studies of high-redshift clusters. As an application, we used it for a refined analysis of three highly relaxed clusters from the South Pole Telescope Sunyaev-Zeldovich survey, where we now included measurements down to the cluster core (r > 200 kpc) as enabled by our work. Compared to previously employed scales (r > 500 kpc), this tightens the cluster mass constraints by a factor 1.38 on average. 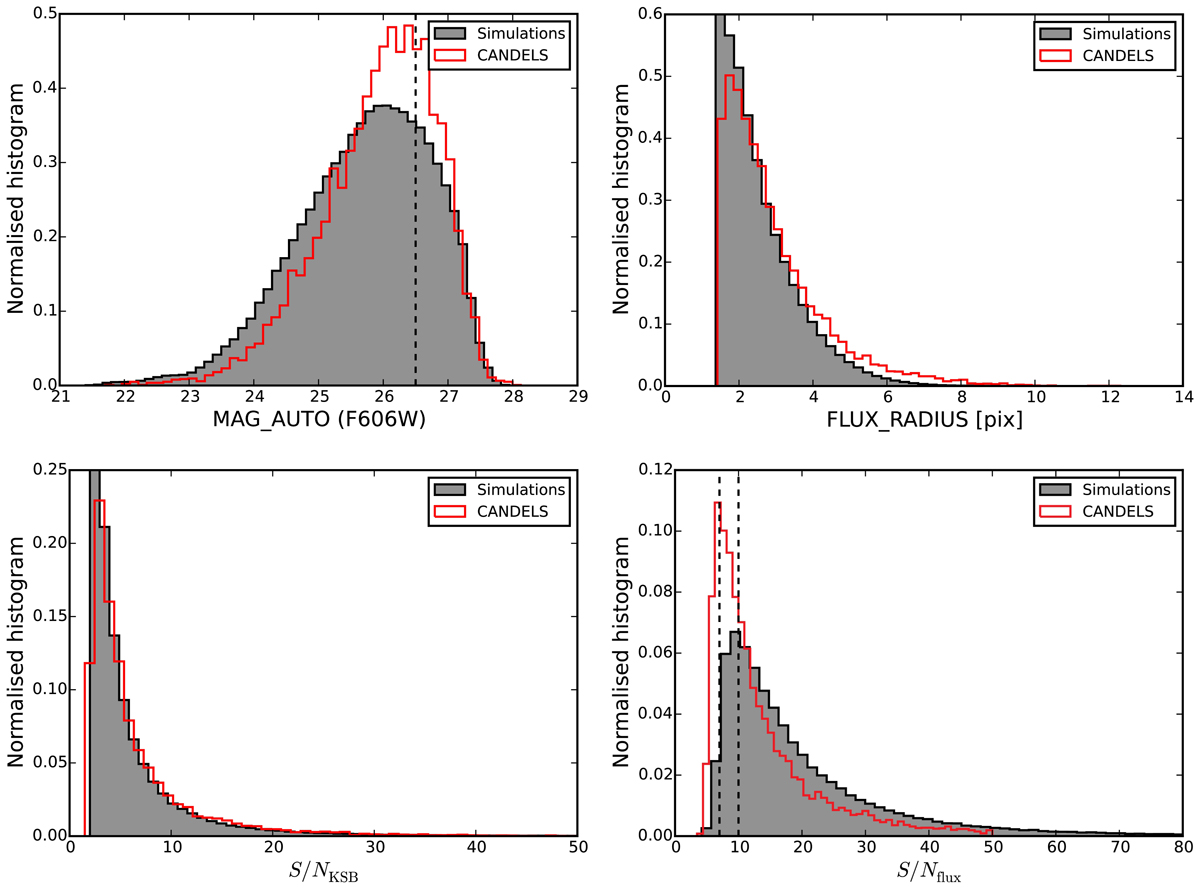