Present and upcoming time-domain astronomy efforts, in part driven by gravitational-wave follow-up campaigns, will unveil a variety of rare explosive transients in the sky. Here, we focus on pulsational pair-instability evolution, which can result in signatures that are observable with electromagnetic and gravitational waves. We simulated grids of bare helium stars to characterize the resulting black hole (BH) masses together with the ejecta composition, velocity, and thermal state. We find that the stars do not react "elastically" to the thermonuclear ignition in the core: there is not a one-to-one correspondence between pair-instability driven ignition and mass ejections, which causes ambiguity as to what is an observable pulse. In agreement with previous studies, we find that for initial helium core masses of 37.5 M⊙ ≲ MHe, init ≲ 41 M⊙, corresponding to carbon-oxygen core masses 27.5 M⊙ ≲ MCO ≲ 30.1 M⊙, the explosions are not strong enough to affect the surface. With increasing initial helium core mass, they become progressively stronger causing first large radial expansion (41 M⊙ ≲ MHe, init ≲ 42 M⊙, corresponding to 30.1 M⊙ ≲ MCO ≲ 30.8 M⊙) and, finally, also mass ejection episodes (for MHe, init ≳ 42 M⊙, or MCO ≳ 30.8 M⊙). The lowest mass helium core to be fully disrupted in a pair-instability supernova is MHe, init ≃ 80 M⊙, corresponding to MCO ≃ 55 M⊙. Models with MHe, init ≳ 200 M⊙ (MCO ≳ 114 M⊙) reach the photodisintegration regime, resulting in BHs with masses of MBH ≳ 125 M⊙. Although this is currently considered unlikely, if BHs from these models form via (weak) explosions, the previously-ejected material might be hit by the blast wave and convert kinetic energy into observable electromagnetic radiation. We characterize the hydrogen-free circumstellar material from the pulsational pair-instability of helium cores by simply assuming that the ejecta maintain a constant velocity after ejection. We find that our models produce helium-rich ejecta with mass of 10-3 M⊙ ≲ MCSM ≲ 40 M⊙, the larger values corresponding to the more massive progenitor stars. These ejecta are typically launched at a few thousand km s-1 and reach distances of ∼1012 - 1015 cm before the core-collapse of the star. The delays between mass ejection events and the final collapse span a wide and mass-dependent range (from subhour to 104 years), and the shells ejected can also collide with each other, powering supernova impostor events before the final core-collapse. The range of properties we find suggests a possible connection with (some) type Ibn supernovae. 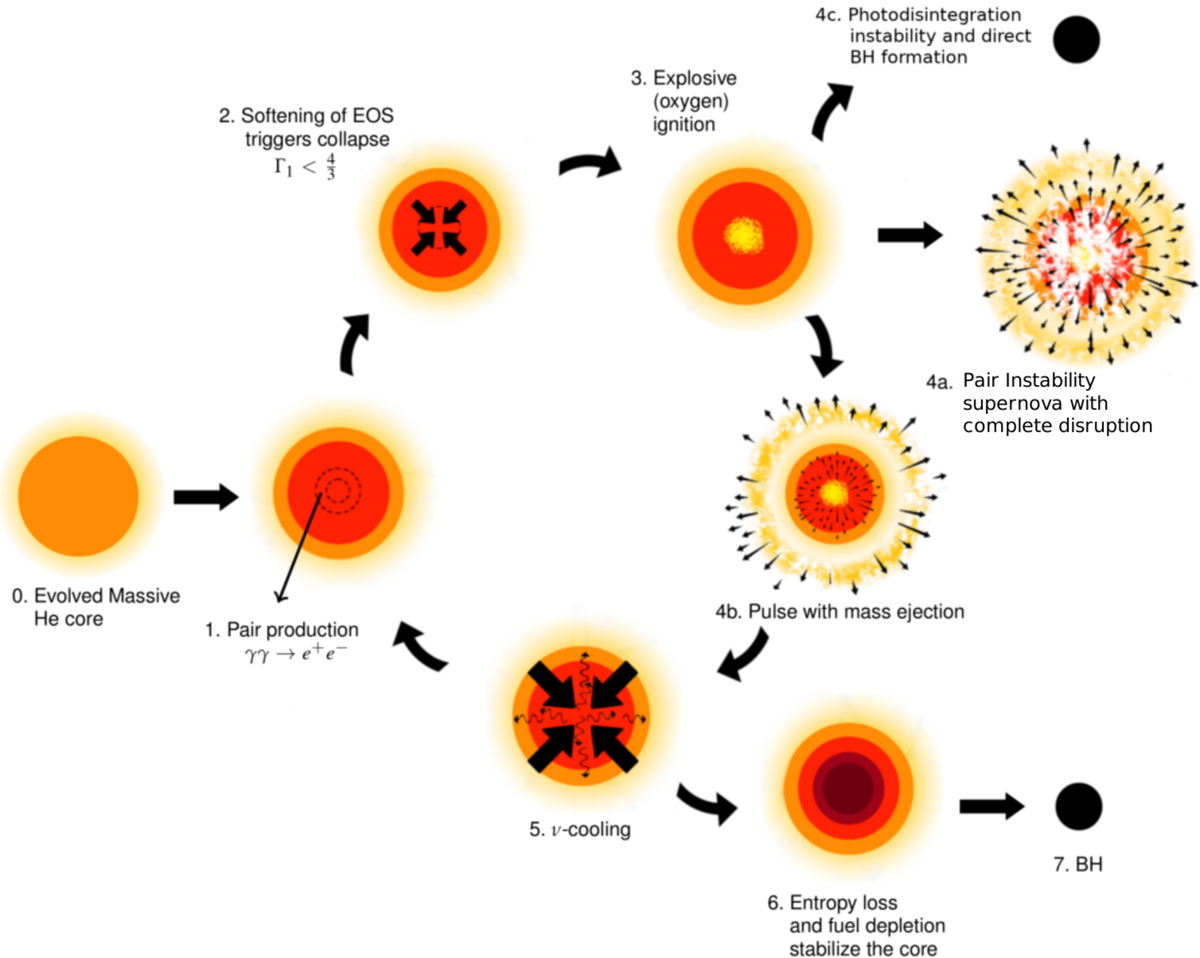