Context. Magnetic chemically peculiar (mCP) stars are important to astrophysics because their complex atmospheres lend themselves perfectly to the investigation of the interplay between such diverse phenomena as atomic diffusion, magnetic fields, and stellar rotation. The most up-to-date catalogue of these objects was published a decade ago. Since then, no large scale spectroscopic surveys targeting this group of objects have been carried out. An increased sample size of mCP stars, however, is important for statistical studies.
Aims: The present work is aimed at identifying new mCP stars using spectra collected by the Large Sky Area Multi-Object Fiber Spectroscopic Telescope (LAMOST).
Methods: Suitable candidates were selected by searching LAMOST DR4 spectra for the presence of the characteristic 5200 Å flux depression. Spectral classification was carried out with a modified version of the MKCLASS code and the accuracy of the classifications was estimated by comparison with results from manual classification and the literature. Using parallax data and photometry from Gaia DR2, we investigated the space distribution of our sample stars and their properties in the colour-magnitude diagram.
Results: Our final sample consists of 1002 mCP stars, most of which are new discoveries (only 59 common entries with the Catalogue of Ap, HgMn and Am stars). Traditional mCP star peculiarities have been identified in all but 36 stars, highlighting the efficiency of the code's peculiarity identification capabilities. The derived temperature and peculiarity types are in agreement with manually derived classifications and the literature. Our sample stars are between 100 Myr and 1 Gyr old, with the majority having masses between 2 M⊙ and 3 M⊙. Our results could be considered as strong evidence for an inhomogeneous age distribution among low-mass (M < 3 M⊙) mCP stars; however, we caution that our sample has not been selected on the basis of an unbiased, direct detection of a magnetic field. We identified several astrophysically interesting objects: the mCP stars LAMOST J122746.05+113635.3 and LAMOST J150331.87+093125.4 have distances and kinematical properties in agreement with halo stars; LAMOST J034306.74+495240.7 is an eclipsing binary system (Porb = 5.1435 ± 0.0012 d) hosting an mCP star component; and LAMOST J050146.85+383500.8 was found to be an SB2 system likely comprising of an mCP star and a supergiant component.
Conclusions: With our work, we significantly increase the sample size of known Galactic mCP stars, paving the way for future in-depth statistical studies. 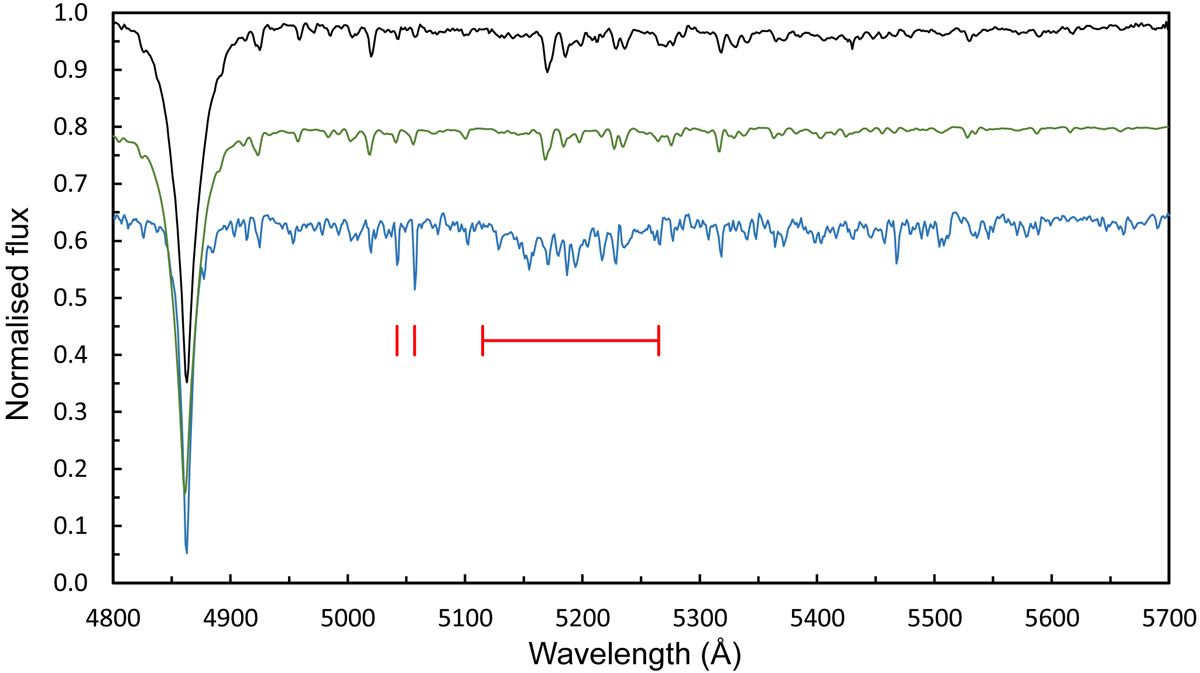