Fast radio bursts (FRBs) are millisecond-scale radio pulses, which originate in distant galaxies and are produced by unknown sources. The mystery remains partially because of the typical difficulty in localising FRBs to host galaxies. Accurate localisations delivered by the Commensal Real-time ASKAP Fast Transients (CRAFT) survey now provide an opportunity to study the host galaxies and potential transient counterparts of FRBs at a large range of wavelengths. In this work, we investigate whether the first three FRBs accurately localised by CRAFT have supernova-like transient counterparts. We obtained two sets of imaging epochs with the Very Large Telescope for three host galaxies, one soon after the burst detection and one several months later. After subtracting these images no optical counterparts were identified in the associated FRB host galaxies, so we instead place limits on the brightness of any potential optical transients. A Monte Carlo approach, in which supernova light curves were modelled and their base properties randomised, was used to estimate the probability of a supernova associated with each FRB going undetected. We conclude that Type Ia and IIn supernovae are unlikely to accompany every apparently non-repeating FRB. 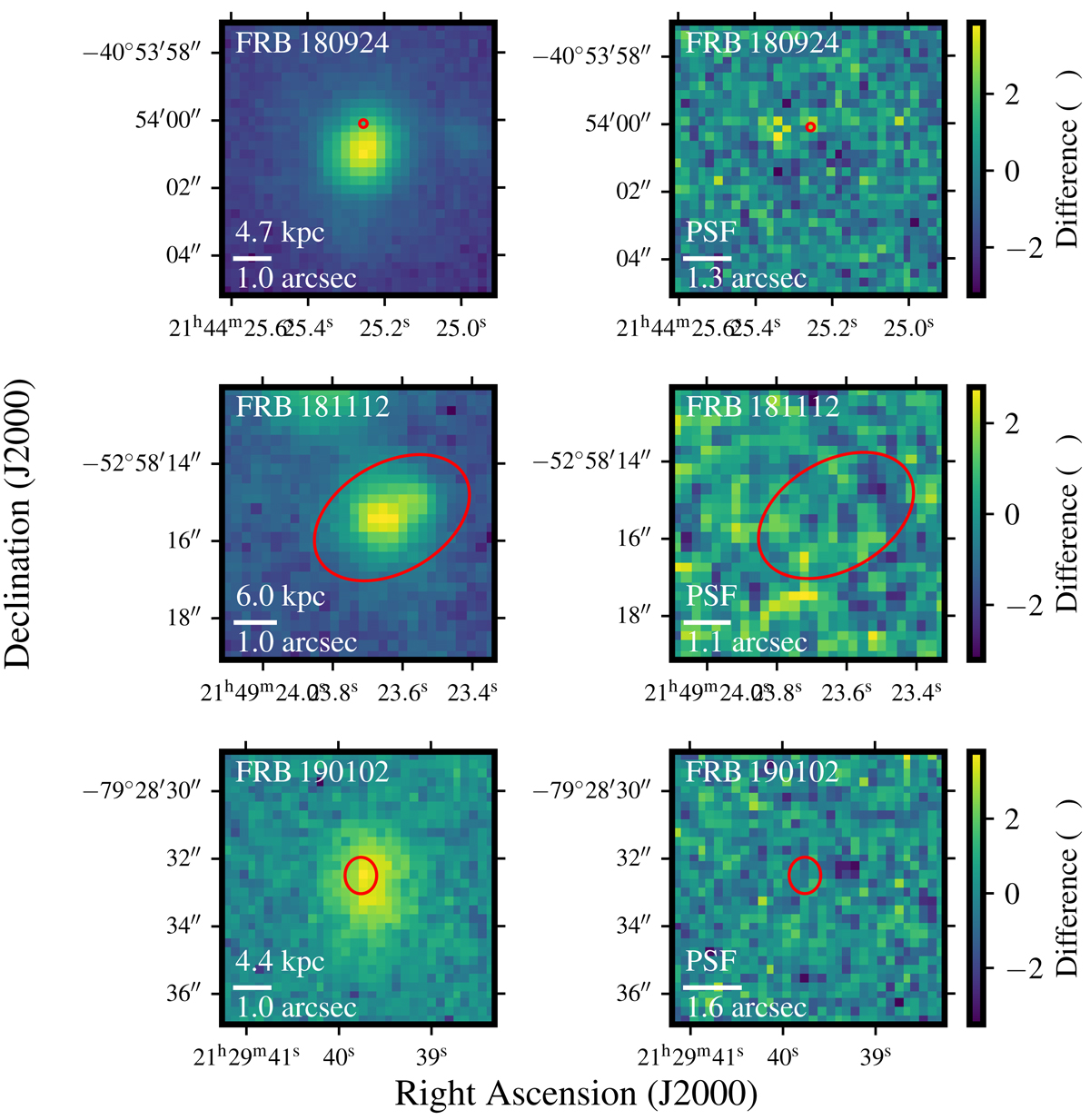