Context. Radio continuum observations of edge-on spiral galaxies reveal the appearance of radio halos as well as the large-scale structure of their magnetic fields. Furthermore, with multiple frequency observations, it is possible to deduce the transport mechanisms of the cosmic ray electrons (CREs).
Aims: In order to gain a better understanding of the influence of cosmic rays (CRs) and magnetic fields in the disk-halo interface of edge-on spiral galaxies, we investigate the radio continuum halo, the magnetic field, and the transport processes of the CRs of the edge-on spiral galaxy NGC 4217 using CHANG-ES radio data at two frequencies, 6 GHz (C-band) and 1.5 GHz (L-band), and supplemental LOFAR data of this galaxy at 150 MHz. With additional X-ray Chandra data, we study the connection of radio features to the diffuse hot gas around NGC 4217.
Methods: We investigate the total intensity (Stokes I) data in detail and determine the integrated spectral behavior. The radio scale heights of all three radio frequencies for NGC 4217 were extracted via exponential fits to the intensity profiles. From these, individual absolute flux densities of the disk and the halo were also calculated. Furthermore, we present magnetic field orientations from the polarization data using rotation measure synthesis (RM-synthesis), showing the large-scale ordered magnetic field of NGC 4217. After a separation of thermal and nonthermal emission, we calculated the resolved magnetic field strength via the revised equipartition formula. Additionally, we modeled the transport processes of CREs into the halo with the 1D model SPINNAKER.
Results: NGC 4217 shows a large-scale X-shaped magnetic field structure, covering a major part of the galaxy with a mean total magnetic field strength in the disk of 9 μG. From the analysis of the rotation measure map at C-band, we found that the direction of the disk magnetic field is pointing inward. A helical outflow structure is furthermore present in the northwestern part of the galaxy, which is extended nearly 7 kpc into the halo. More polarized emission is observed on the approaching side of the galaxy, indicating that Faraday depolarization has to be considered at C-band. With a simplified galaxy disk model, we are able to explain the finding of higher polarized intensity on the approaching side. We generalize the model to predict that roughly 75% of edge-on spiral galaxies will show higher polarized intensity on the approaching side. Many loop and shell structures are found throughout the galaxy in total intensity at C-band. One structure, a symmetric off-center (to southwest of the disk) superbubble-like structure is prominent in total and polarized intensity, as well as in Hα and optical dust filaments. This is at a location where a second peak of total intensity (to the southwest of the disk) is observed, making this superbubble-like structure a possible result of a concentrated star formation region in the disk. The X-ray diffuse emission shows similarities to the polarized diffuse emission of NGC 4217. The flux density extension of the radio continuum halo increases toward lower frequencies. While the total flux density of the disk and halo are comparable at C-band, the contribution of the disk flux density decreases toward LOFAR to 18% of the total flux density. Dumbbell-shaped structures are present at C-band and at the LOFAR frequency. Total intensity profiles at the two CHANG-ES bands and the LOFAR frequency show a clear two-component behavior and were fit best with a two-component exponential fit. The halo scale heights are 1.10 ± 0.04 kpc, 1.43 ± 0.09 kpc, and 1.55 ± 0.04 kpc in C-band, L-band, and 150 MHz, respectively. The frequency dependence of these scale heights between C-band and L-band suggests advection to be the main transport process. The 1D CRE transport modeling shows that advection appears to be more important than diffusion. 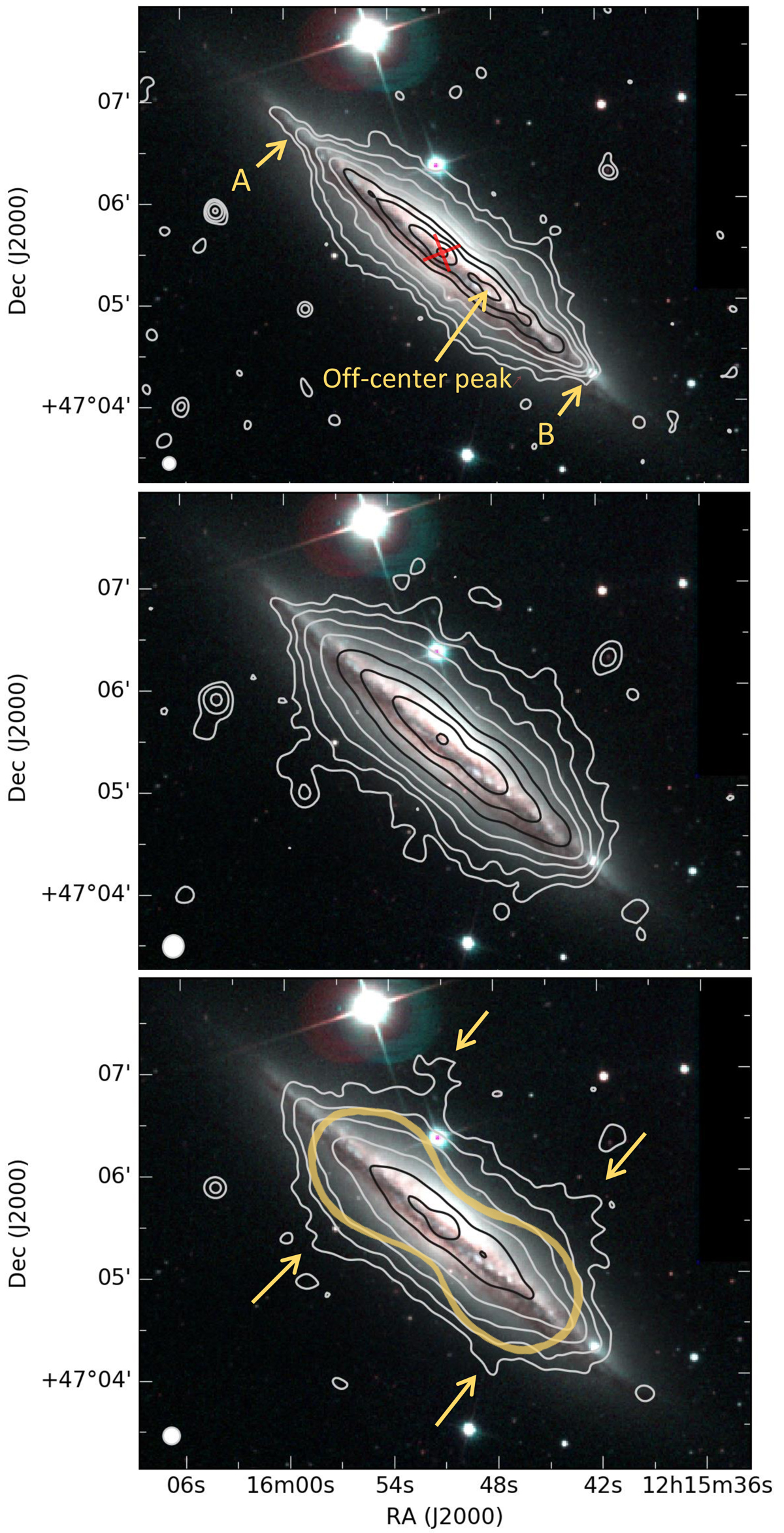